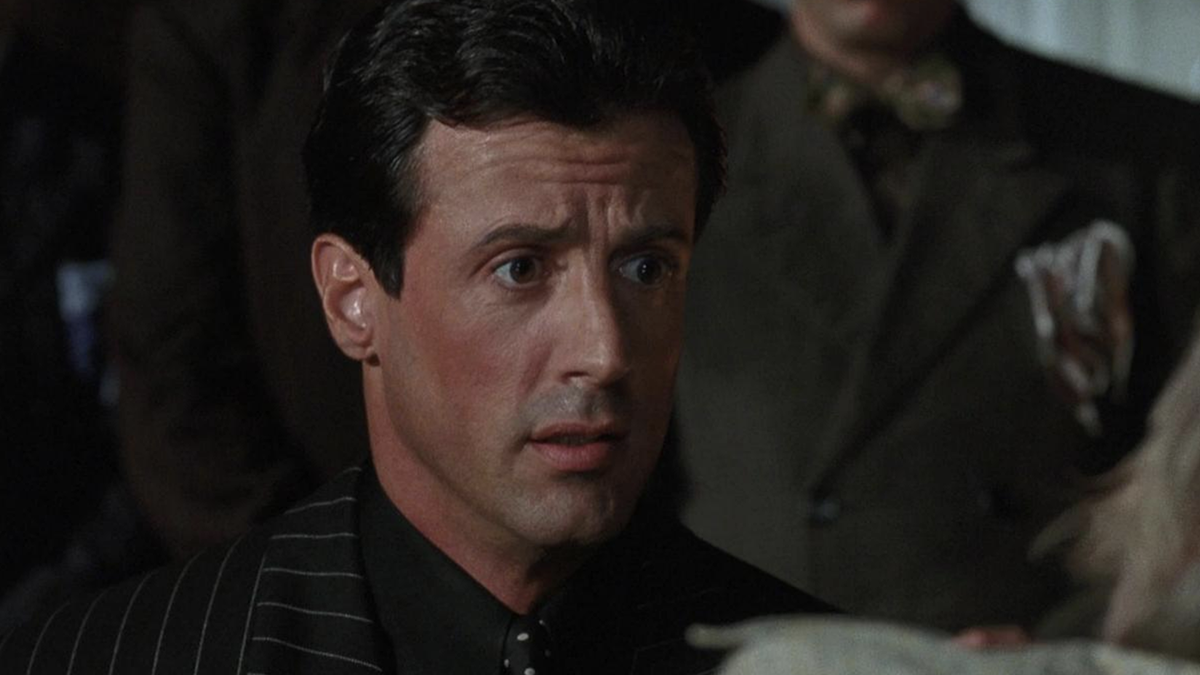 For a chance to show his comedic side, look no further than Oscar. Directed by John Landis (Animal House, Trading Places) and starring Sylvester Stallone, the film is pretty pedestrian despite a talented cast who gives it their all. It’s based on a French Play of the same name which would explain why the film is limited to a single setting for the majority of it running time. It is a nice change of pace for Stallone who usually turns to action related fare, but it ultimately left me unchanged as I grew tired of the shtick long before the end credits began to roll.

Stallone plays Snaps Provolone, a gangster in the Depression era who is asked by his dying father (played by Kirk Douglas) to give up his life of crime and go straight, as they often say. Cut to a month later where we find Snaps going about his new morning routine. He’s meeting with some bankers and hoping to honor his father’s word and getting an honest job and indeed, leaving the life of crime behind him. Things become complicated when Snaps learns that a man named Anthony Rossano (Vincent Spano) wishes to marry his daughter, Lisa (Marissa Tomei). She lies to her parents, saying that she is pregnant. At first, Snaps believes that Anthony is the father, but Lisa says that the father is a man named Oscar who is now overseas serving in the military. Things get even more out of hand from here, but you’re either going to be on board with it all or ready for the mayhem to end.

Oscar certainly generates a talented cast as we get performances from Chazz Palminteri, Eddie Bracken, Tim Curry and Don Ameche, to name a few. Unfortunately the film falls flat long before the end credits. Confined to mostly one setting, with multiple characters popping in and out, I just grew tired of it all. It becomes overbearing before long. I do think the cast is solid here, but they can’t elevate the material which grows stale very fast. John Landis has made some great films, but this is certainly one of the lesser ones in his lengthy filmography. I think part of the problem is I just didn’t care enough and become overly invested in the outcome. It’s all just a bit too silly for its own good. On a positive note, it does nicely recreate the 1930’s with the décor and costumes and such, but that doesn’t compensate for the lousy script at hand.

The transfer did a fine job at presenting the film. I didn’t spot even a slight trace of grain. The details are sharp and consistent throughout. It’s presented in a 1.85:1 ratio and became a very rewarding visual experience. Colors are sharp and background shots were smooth as well. Fans should be pleased with the results here.

We get a 2.0 DTS HD track that has the clarity I’ve come to expect from a film of this sort. There’s a crispness to the dialogue as well. There’s very little in the way of flaws that I could think of. All things told, this track presents the film in a positive manner.

I’ll just be honest and say that Oscar didn’t do much for me. I wanted to enjoy it, and the cast give it their all, but I was just ready for the shenanigans to end. It’s a busy film even if there’s not much going on at all. For those who’ve seen the film and enjoy it, this is a solid package, but all others might want to seek elsewhere.