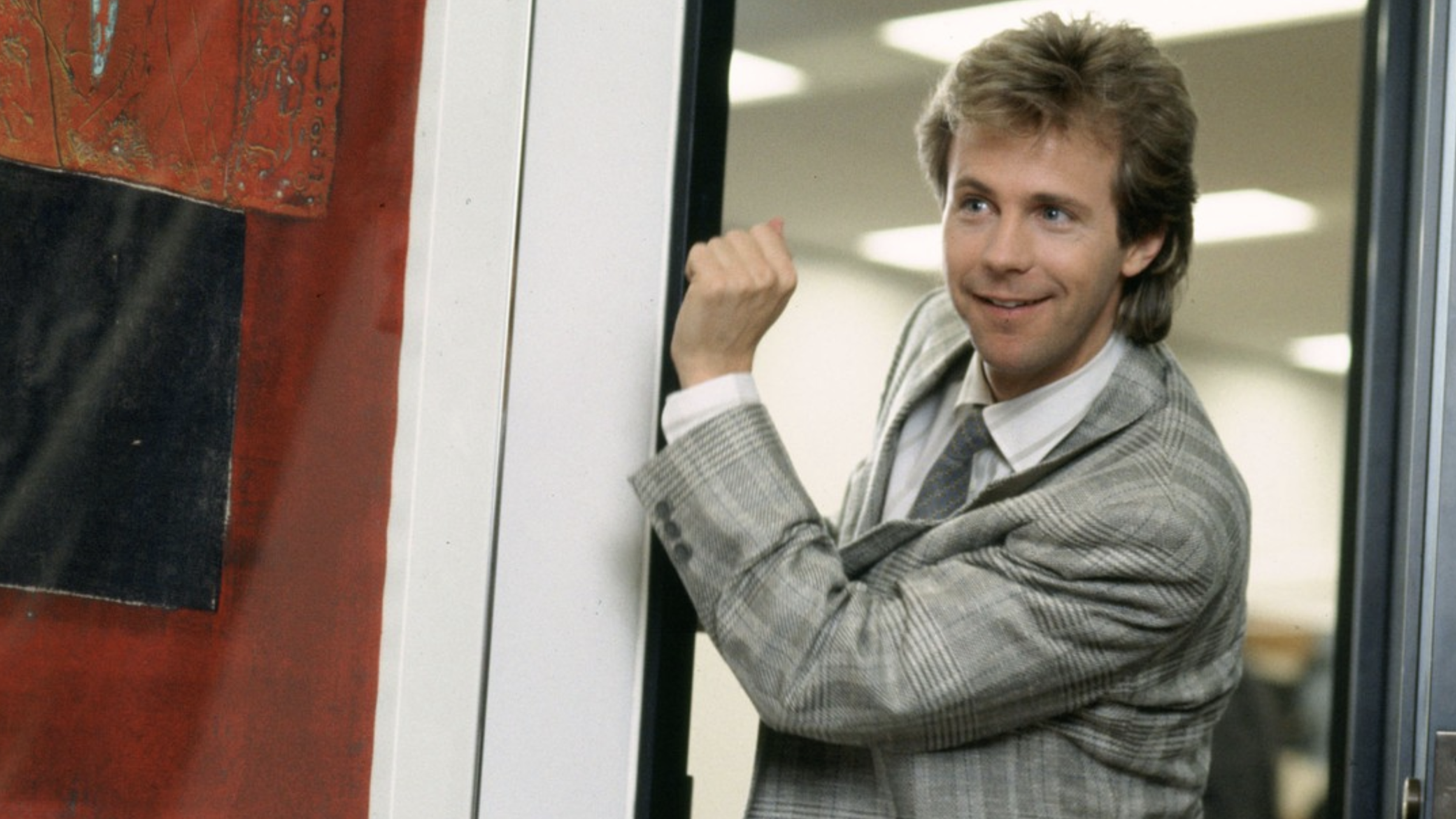 Dana Carvey stars in Opportunity Knocks, which finds him as a con man assuming the identity of a house sitter and then a financial wiz. We had a lot of films like these from the 80’s and 90’s, but unfortunately this is one of the weaker entries. Carvey gives it his all, but when the screenplay is lacking, there’s only so much one actor can do to carry a picture.

Carvey stars as Eddie Farrell. He is a con man, and as the film opens, he and his buddy, Lou (Todd Graff) are pulling a con. It isn’t the most honest way to make a living, but they are at least pretty good at it. They are pretending to be repairmen when they stumble upon a vacant house. As they are inside, they hear a voice message informing that the owner is out of the country and the man who was supposed to house-sit can’t make it. One can guess rather quickly where things are going from here. Eddie and Lou are running from some thugs they owe money to when Eddie decides to go to the empty house to take refuge. He makes himself comfortable and hears someone enter the house. He comes down in a bathrobe, pretending to be the house sitter and things escalate from there. Eddie meets Mona Malkin (Doris Belack) and her husband, Milt (Robert Loggia). It’s their son’s house, and before long, Eddie has lunch with them. Eddie is pretending to be someone else and before long, Milt offers him a job. Things get further complicated when Eddie falls for their daughter, Annie (Julia Campbell) who is a doctor.

What surprised me about this film is how seriously it takes its plot. I was expecting something more of a farce or satire, but it did take itself quite seriously. With that being said, the film itself is really silly and there are just too many characters and wild scenarios that I just didn’t care anymore. There are some mild chuckles, but not enough to justify spending your time with this film. There’s a predictability to it all and many of the characters behave rather foolishly. Skip it.

The AVC encoded 1.85:1 transfer looked slightly better than I was expecting. There was a sharpness that I didn’t anticipate and the print seemed clean. Occasionally some flaws occurred, but they were minor. Details stood out well and this should please fans.

Despite only being a 2.0 track, the DTS track didn’t disappoint. Vocals were fine, but the track seemed to engage me more than I would’ve thought. It keeps us with it and the film has some wild moments that bring it to life. Life the transfer, this track pleases.

I’ll be honest, this film did very little for me. It’s a rather forgotten title, but I’m sure it has its fans. The disc is presented well and has a hefty collection of cut footage for those considering a purchase.