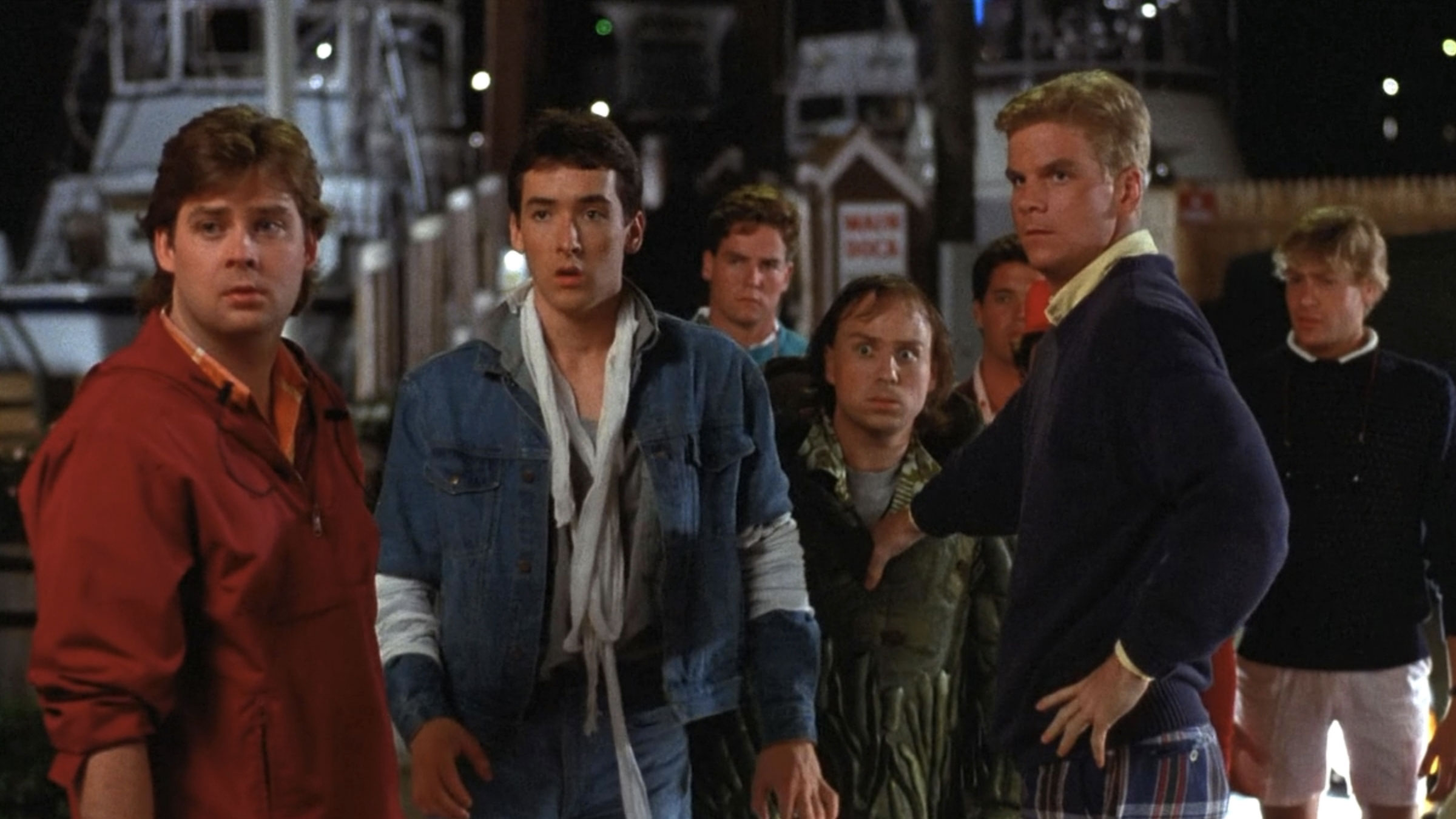 “Hey, Hoops, you ever notice how people die in alphabetical order?”

The 80’s gave birth, in a manner of speaking, to the “teen movie.” These ranged from Fast Times at Ridgemont High to the John Hughes films to everything in between. It’s hard to classify them all into one genre, suffice it to say that the studios finally figured out that a core audience were teens. A year prior, Cusack had teamed with writer/director “Savage” Steve Holland on one of my all-time favorite films – Better Off Dead. The critical and commercial response wasn’t that great and with Cusack already making One Crazy Summer, he was less than happy to be a part of it. Odds are that if you’re a fan of one of these films, you’re a fan of the other. Cusack, of course, would go onto a great movie career and left these films behind him, having never spoken to Holland again. One Crazy Summer is also notable for casting a then unknown Demi Moore. She auditioned for About Last Night while on this shoot and that film came out just a month prior to this. The rest, as they say, is history.

Hoops McCann (John Cusack) isn’t a great basketball player like his Dad. Rather, he wants to pursue art at the Rhode Island Institute of Design. To take his mind off his troubles, he accompanies his friend George (Joel Murray) for a summer in Nantucket. Along the way, they meet an aspiring musician, Cassandra (Demi Moore) who’s trying to save enough money to pay the bank to get her grandparents’ house back. This doesn’t sit well with Mr. Beckerstead (Mark Metcalf) and his son, Teddy (Matt Mulhern) who wish to develop the property into a restaurant. Ultimately it comes down to the regatta where, if Hoops and company manages to beat Teddy and his crew, they get the property. If not, it’s game over.

There’s a lot I left out of the plot, but if you need a narrative, that’s it. Of course Bobcat Goldthwait (it actually took me years to figure out if he had a legitimate speech impediment or if it was all an act. It was the latter.) is in fine form with a sequence that makes the film (I won’t expand), potential love interest for Hoops in the form of Cookie (Kimberly Foster) and some other famous faces that will be recognizable. Moreover, this film was the first collaboration between John Cusack and Jeremy Piven. They’d go onto star in other films like Say Anything, The Grifters, Grosse Pointe Blank, Serendipity and The Runaway Jury together. Ain’t that sweet? I’d forgotten how much I loved One Crazy Summer and it harkens back to the time when I remember seeing it in theaters. Warner Archive has done a great job with this Blu-ray. Pick it up.

Anyone who’s seen a Warner Archive Blu-ray knows that they take pride in their video treatments. One Crazy Summer is no exception. The film has undergone a new 2K transfer that really brings out the best in what the film has to offer. Bear in mind, I’ve seen this film in nearly every format available. And add to that, the movie never even received a letterbox transfer when it was on LaserDisc way back when. As we might expect, detail has been considerably improved, black levels and contrast are much more balanced and though a fine layer of grain persists, it still gives the more a more modern feel (though, understandably, the wardrobe does date it). The new 1.85:1 AVC HD image is, by far, the best the film has ever looked so now the legions of fans can finally rejoice and retire their old DVD.

I was surprised that the included DTS 2.0 Mono mix sounded as good as it did. I actually had to turn down my receiver volume to what I usually have it set to during the opening credits. No, it’s not “in your face” loud, but it’s good enough that it wasn’t distracting. And, let’s face it, this isn’t the kind of film you watch for excellence in audio quality. Vocals are sharp and if you’ve ever heard Bobcat Goldthwait when he’s “in character” it’s quite something to hear his trademark “vocal inflections” in full DTS HD Master Audio glory. It’s not quite the leap in improvement that the video has, but this more than serves its purpose. Absolutely no complaints here.

While not as critically-acclaimed as some other 80’s teen movies (essentially everything directed by John Hughes), this one holds a special place for those that grew up with it. Additionally it’s an early Demi Moore film (pre-breast enlargement) and it’s a look back at a time when the teen films were in their infancy. Warner Archive has done a wonderful job with the transfer and the commentary track is the icing on the cake.