Once Upon a Deadpool (Blu-ray) 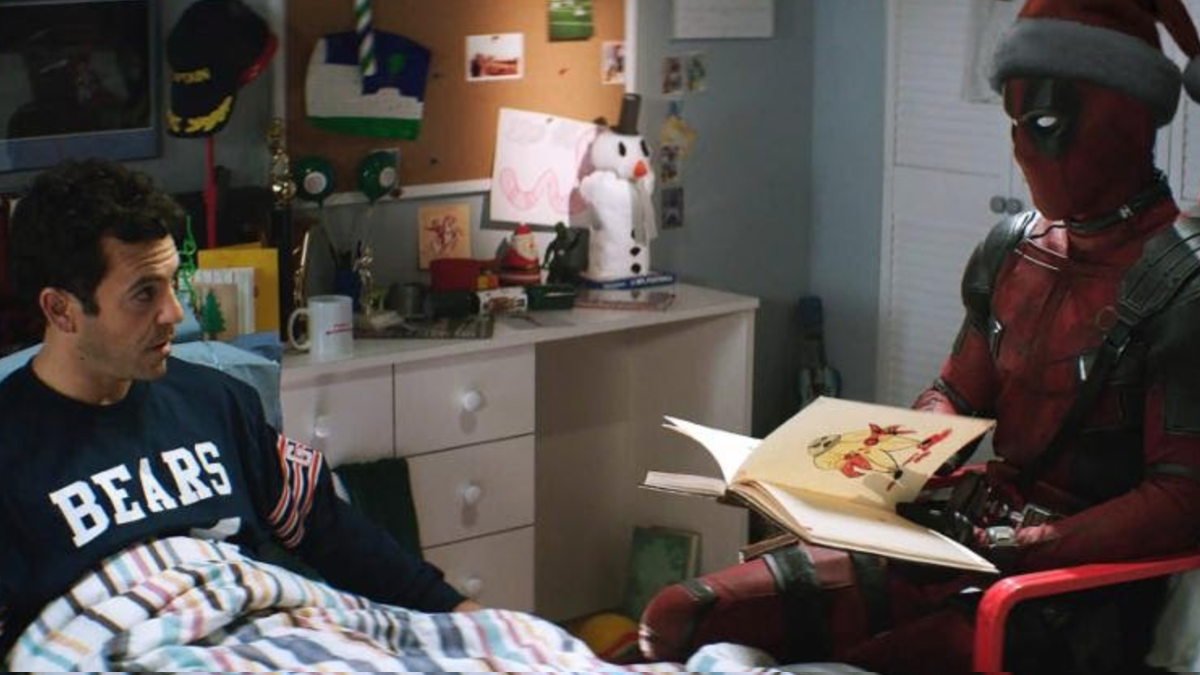 If, for some reason, the only thing that’s been holding you or your little ones back from seeing one of the Deadpool films is the R-rating, robust amounts of profanity or gratuitous, graphic violence – well my friends, your wait is over. Ryan Reynolds claims that Fox has been wanting a PG-13 rating on Deadpool since 2006 and his answer has always been “No.” Well, he caved and allowed Deadpool 2 to be turned into a more “family-friendly” film with Once Upon a Deadpool. In it you’ll find all the F-bombs bleeped, no graphic violence and, of course, a PG-13 rating. Reynolds had two conditions for this: A portion of the proceeds benefitted his charity, F&@% Cancer, and that he got to kidnap Fred Savage. I realize there are folks out there who might not even realize who Fred Savage is and a wonderful precursor to this film might be to watch The Princess Bride. Think of it as a family-friendly one-two punch. It’s a night of fun and happiness for all to enjoy.

The character of Deadpool traces its comic book origins back to the early 90’s. If you happen to have a copy of The New Mutants #98, hold onto it – it’s bound to continue to increase in value. Why? It introduced the character of Deadpool and though it’d take nearly three decades to bring the character (successfully, no thanks to you,  X-Men Origins: Wolverine) to screen; they got it right. Finally. 2016 saw the predecessor, the aptly-named Deadpool, break box office records for an R-rated film. Ryan Reynolds was born to play the role (again) and the film wasn’t afraid to make fun of itself…or anything or anyone else. With its success, everyone knew a sequel was inevitable. Hell, stick around for the closing credits and they even tease it along with a major character – Cable. Well, the wait is over and here we are. Is Deadpool 2 more of the same or did they manage to do what most sequels do and screw it all up by trying to make it “bigger and better?”

This time around we find a more stable Deadpool (Ryan Reynolds) and he’s out to stop a time-traveling antagonist from the future by the name of Cable (Josh Brolin). So, yeah, they didn’t lie – Cable really is in this movie! Deadpool realizes that he can’t go at this alone and instead assembles a ragtag team of mutants (his first attempt doesn’t go so well, but it does give us a blink-and-you-miss-him cameo of a major Hollywood star). Among them is Domino (Zazie Beetz), Negasonic Teenage Warhead (Brianna Hildebrand) and her oh-so-cute Yukio (Shioli Kutsuna). The group soon learns what Cable’s goal really is: to stop a super-powerful teenager by the name of Russell (Julian Dennison) and Cable’s motives are personal in nature. Deadpool himself also has some personal motivations, but we won’t spoil the surprise.

Deadpool 2, as of this writing, is not even a year old and I’ve seen it at least three times. And it’s important to note that Once Upon a Deadpool is Deadpool 2 and not the original. Though I suppose either film could have worked. I found it slightly amusing, but the real allure of the Deadpool films is everything that was cut out. We wanted a foul-mouthed antihero who shoots people through their heads, swears and isn’t afraid to find a little time for some self-loving. Let’s see Iron Man do that! Evidently Fred Savage and Ryan Reynolds did their parts in a day. But if you’re looking for the sequel, steer clear of this one. There are several scenes that are cut with no explanation as to why, the audio dubs on some of the lines is very noticeable and most of the interaction between Savage and Deadpool is in the first 20 minutes with only a few scenes once the film gets going. I applaud the effort, but true fans will want to stick with the original. Of note, this is not the extended cut of the film, so the scene with A Ha’s “Take on Me” is now back in the film. Go figure.

Once Upon a Deadpool is offered in Blu-ray only, so we lose the HDR that was featured on the 4K version of Deadpool 2. But that’s fine. Still, there’s not a lot to complain about with this 2.39:1 AVC HD transfer. Nothing is left to the imagination as detail is so clear and defined, you can see every pore in Reynolds’ grotesque skin (when the costume is in place, the fabric is so clear, it’s like looking in a mirror). Everything looks great here. The transfer feels more “film like”, the CGI seem natural (some films haven’t benefitted from the increased color and clarity as it gives some effects a cartoonish look) and I’ll be hard-pressed to find anything wrong or continue my praise. This one’s a keeper, folks.

Again, I don’t think Fox has ever put a Dolby Atmos track on a Blu-ray and this film won’t be the first. That said, the included DTS HD Master Audio sound mix is by no means bad and it’s essentially the same as the regular film. The included interaction with Savage and Deadpool don’t offer up anything exciting on the audio front. The LFE abound, the front directional effects make for a more lifelike and realistic atmosphere and the surrounds are always churning out something to give the film a more robust ambiance.  It’s a nice-sounding mix, but it does make one pine for the Atmos track found on Deadpool 2.

In a not so surprising move, there are no extras on this disc. I guess Fox thinks if you pony up the cash for this disc, then you’ve already got Deadpool and Deadpool 2 in your collection.

Admittedly, this is a clever idea and the film did benefit charity. I personally feel that it removed everything that made the franchise good to begin with, but it was nice to see an homage to The Princess Bride if nothing else. I think this would have been a nice supplemental disc in the Deadpool 2 set as opposed to a stand-alone disc. But I don’t get to make those kind of decisions for Fox.