They say no good deed goes unpunished. That’s exactly what happens in Old Stone. It’s a fairly simple story of how one taxi driver gets in an accident and tries to help the victim, but ends up causing more trouble for himself than anyone else. I hadn’t heard a thing about it prior to getting this review copy. I’m sure glad I was able to obtain a copy as the film offers a tight, fast-paced film that stays with you. The film has been widely praised, and for good reason. It isn’t always an easy film to watch, but it kept me hooked until the end.

Lao Shi (Chen Gang) is a taxi driver in China who gets into an accident one day at the hand of his passenger which causes him to swerve the wheel. This leaves the victim bloody and on the street. We see many bystanders around and some say to not touch the man, while others say he needs to go to the hospital as soon as possible. Lao decides to do just that. He’s told by the doctor that the man might’ve died had he not brought him in when he did. As he’s going to do the paperwork, he’s told by the receptionist that he must pay up front or the man will not receive treatment. Although he’s reluctant, he does in fact pay. We then see Lao talk to the police who tell him that he should not have moved the man. This is only one of many hurdles that Lao faces over the course of the film. He even tries to talk to the passenger that caused Lao to get into the wreck, but to no avail. We learn that Chinese laws criminalize an accident more harshly if the driver stops to help rather than simply leaving the victim. The film is told mostly via flashback, so that provides a strong hook for the audience as well to see what gets us to that point.

I won’t say Old Stone is a perfect film. I feel the ending is a letdown and left me scratching my head before anything else. An alternate ending on this disc would’ve helped the film. It will also be a frustrating watch for some viewers as the lead character was only doing what he thought was the right thing, even if the law states otherwise. Still, more than enough of it works to warrant my recommendation.

We get a solid if unspectacular transfer that serves the film nicely. It’s probably more the film itself that isn’t particularly flashy before anything else. Still, there’s nothing I can complain about too harshly here. I did notice some grain here and there, but nothing too problematic. The image is AVC encoded with a 1.85:1 ratio.

The film is in Chinese with English subtitles, but the vocals still sounded crisp to me. We get a DTS HD track which keeps the channels working and involves the listener well. There’s plenty of background chatter as the busy road noise comes through as well as other pedestrians talk in the early scenes. The track will please fans of the film.

One good deed nearly ruins a man’s life. Old Stone keeps us with it with a tight, compelling story and brisk pace. It’s interesting to see one man save another man’s life, but nearly destroys his in the process. Recommended. 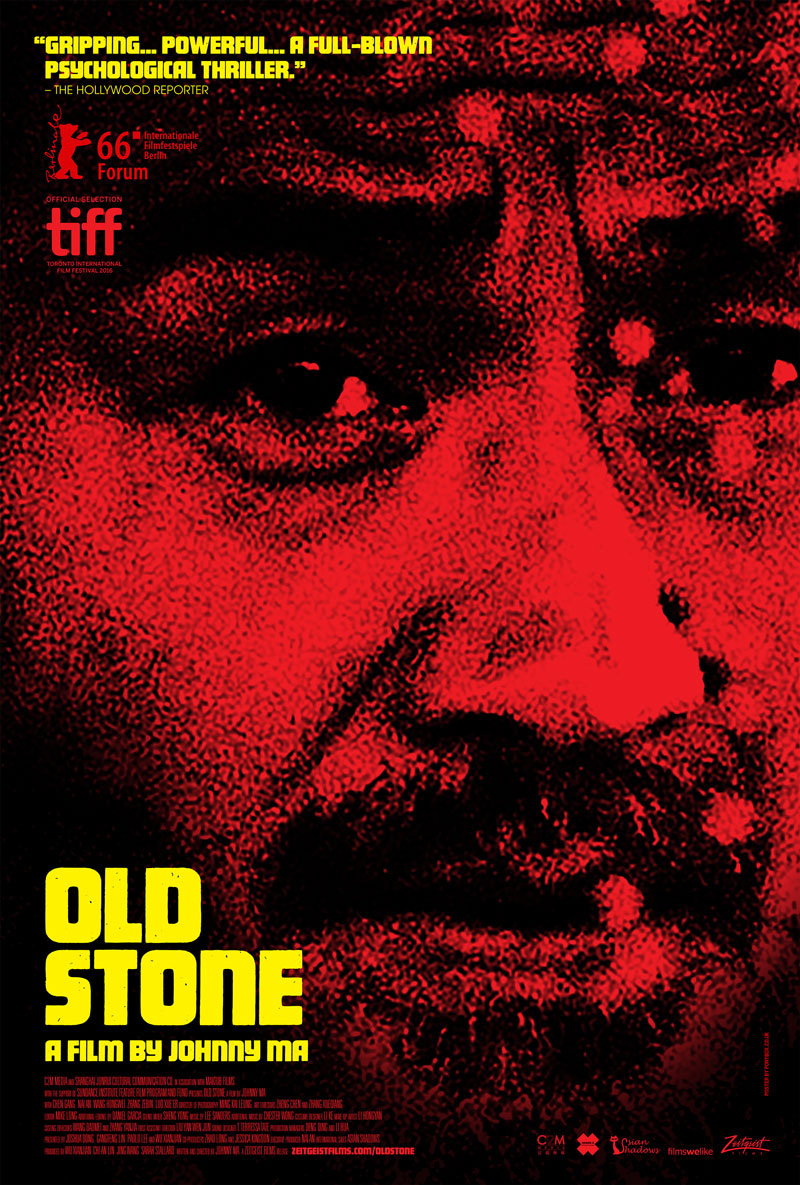