Notes on a Scandal (Blu-ray)

In Notes on a Scandal, Cate Blanchette plays Sheba Hart, she’s an art teacher at a High School who begins an affair with a student. Judi Dench plays Barbara Covett. She has been teaching for years, and it’s really all she knows. She doesn’t have much of a social life, but she does seem to enjoy what she does. Sheba is married and has 2 kids. One has down syndrome. When Barbara finds out about the affair, she suggests Sheba end it, and Sheba agrees. Obviously Sheba continues to see the young boy (after all, there wouldn’t be a movie if she didn’t). Barbara is essentially using Sheba’s affair as leverage over her. She would rather grow closer to her. Eventually, Sheba begins to stay at Barbara’s house for a period of time. It’s hard to reveal too much of the plot without getting into spoiler territory, but the premise is certainly intriguing. Bill Nighy plays Sheba’s husband in the film, but Blanchett and Dench are front and center and carry the film. They both give great performances here.

Sadly, the film might be a bit too discomforting for some viewers. It’s also sad, because we hear of teachers having affairs with students so much in the news. One of the issues brought up here is that it’s OK to feel something and to have desires, but for most people, it ends there. I imagine a lot of people had an attractive teacher at some point during their life, but again, there’s a big difference between actually having an affair and simply finding a teacher attractive. I enjoyed the way the film doesn’t try to make us side with the characters here. It simply presents a dilemma and lets us form our own opinions on the matter. I didn’t love the film, but it held my interest and offers enough positives to warrant a recommendation. It isn’t always an easy film to sit through, but it doesn’t shy away from the serious nature of a teacher having an affair with a student. It might not be as intense as the premise sounds, but it does a good job of moving along nicely and keeping us involved.

We get another fine transfer from Fox here. The image is AVC encoded with a 1.85:1 ratio. The colors aren’t overly flashy, but have a more natural, subdued look to them. Details remained strong throughout. The print is clean and comes with no problems. Background shots were also strong with no noticeable flaws. The film is well presented here.

Since this film is dialogue-heavy, don’t expect an overly robust track, but that’s not a problem here. The DTS HD track features nice, audible vocals with little room for complaints. The rears kicked in here and there, but mostly, the front tracks handle things. Things are nicely balanced as well. We can hear some background noise during a few sequences on the school grounds, but they’re mostly subtle. This track will please fans of the film. 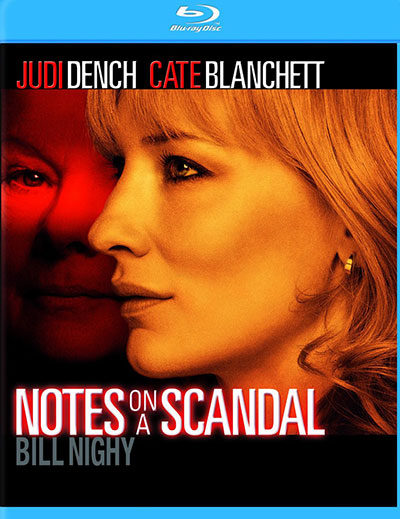