No Down Payment (Blu-ray) 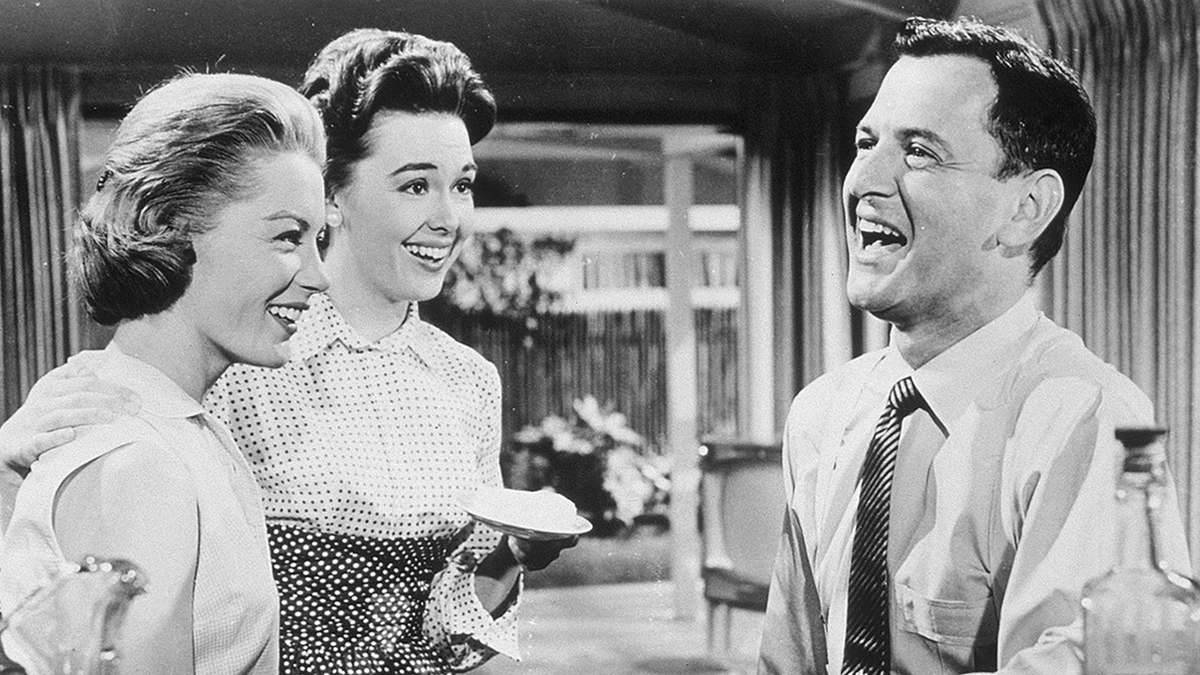 Twilight Time is one of the best venues to find a great black and white film from the golden age of Hollywood that somehow escaped your gaze when you were growing up. Last night I decided to check out their Blu-ray release of Martin Ritt’s 1957 melodrama No Down Payment. Over time it has become apparent to me that I really enjoy dramatic films from that time period. The film surpassed my expectations almost immediately.

Four couples living in a subdivision named Sunrise Hills are the focus of the film. Their four houses are very close together and they can basically see into one another’s homes. Isabelle and Jerry Flagg (Sheree North and Tony Randall) live together with their young son Max. Jerry sells used cars on a commission basis and has a nasty habit of drinking too much. David and Jean Martin (Jeffrey Hunter and Patricia Owens) are new to the neighborhood. David is an engineer and his wife wishes he would go into sales to bring home more cash. David also bears the shame of having served in the war, but not having seen combat. He worked on algorithms safely in Nevada. Troy and Leola Boone (Cameron Mitchell and Joanne Woodward) live next to the Martins. Troy works at a gas station and dreams of being the police chief when Sunrise Hills becomes a bigger destination. Troy is a decorated war hero and his wife is much younger than him. They come from Tennessee originally. Herman and Betty Kreitzer (Pat Hingle and Barbara Rush) live next to the Flaggs and have a couple children. Herman has a small shop, works on the city council, and doesn’t believe in God, which is a point of contention between himself and his wife. Things become complicated when Jerry drunkenly dances with Jean at a party. David should have stepped in, but Troy stepped in instead. Troy soon finds himself developing affection for Jean. There are many more issues just beneath the surface of every one of the families, and in the shocking third act all of their worst character flaws will be revealed.

Filmed in CinemaScope in Black and White for 20th Century Fox, No Down Payment looks fantastic. Martín Ritt teamed up with the talented cinematographer Joseph LaShelle and the result is a panoramic view of Fifties suburbia. I love the ranch style homes, the lounge style jazz music, the bar setups. This movie is perfectly crafted for a guy like me that watched every episode of Mad Men. The film is a visual feast for anybody who loves that decade.

One thing that makes the film feel surprisingly modern is that the film is deeply cynical. The script credited to Philip Yordan (but actually penned by blacklisted screenwriter Ben Maddow) is adapted from a novel by John McPartland. McPartland was known mostly for pulp fiction (two of his novels are still in print.) McPartland died young and scandalously was a bigamist with two separate families. This was discovered upon his death. The novel was his only work of serious fiction, and ( like I have happen to me so often while I watch a Twilight Time release) I ordered a copy of the novel on eBay before the film had even finished. The reason is this: the film has an eye towards the themes that I like so much about Raymond Carver’s stories or John Cheever’s work. I wish McPartland had lived longer to write some more about the disillusionment of the greatest generation once the war was won and they came home.

The score to the film by Leigh Harline is dramatic and lush. I  loved all the beautiful cocktail jazz in the film. I would honestly listen to this film’s soundtrack any day of the week. It is as smooth as a well made martini.

Martin Ritt would go on to do some absolutely phenomenal work including the excellent The Spy Who Came In From The Cold with Richard Burton amongst many other great pictures in his career. He showed a lot of confidence to direct this as his second film. It’s still a stunner. Overall, I really enjoyed the film.

The new transfer provided by 20th Century Fox looks gorgeous. Presented in 1080p in 2.35:1, the film looks fantastic. Owing to the excellent cinematography of Josephus LaShelle, suburbia has rarely looked so inviting. The ranch style homes and laid out streets, the signs of the subdivisions, the shops in the town – all of these are shot with a great eye. Fine detail is incredible. A very fine subtle grain resides over the film. Fans are going to love how the film looks. It has aged beautifully and has been lovingly restored.

The new DTS-HD MA 5.1 track sounds great. There is no hiss. Dialogue is clear. While the film hardly has any use for the surround effects, this is a dialogue driven film primarily, the score by Leigh Harline has been given a solid boost. Twilight Time has provided a DTS-HD MA 2.0 track for those who prefer.

No Down Payment is still prescient over sixty years after its initial release. The examination of the values and worries of the greatest generation once they got back from fighting holds up well. The film is dark and cynical and some will dislike the film largely due to the lack of likable characters. I enjoyed this film. It felt like a hidden gem. Fans of Sweet Smell of Success orA Face in the Crowd should feel right at home here. The transfer of the film is beautiful and will please fans.