Napoleon Dynamite (Jon Heder) is not one of the popular students at his school, instead his unusual ways have made him somewhat of an outcast. But he remains true to himself, hunting wolverines, learning bo staff skills, and drawing fantasy animals, but that is just the start. A new student named Pedro (Efren Ramirez) arrives and strikes up an instant friendship with Napoleon, who guides him in the ways of romance and social status. Soon Pedro is engaged in a race for class president against Summer, the most popular girl around. At the same time, Napoleon navigates a potential love interest, his uncle Rico opens a new business, and his brother Kip dares to dream about his soul mate. Will Napoleon find his place in the world and what will become of the colorful folks around him?

This is one of those movies that came out of left field to become a hit, the kind of movie that no one expects to get made, let alone become a success. Napoleon Dynamite is a movie I could watch time and time again, never being bored and always being entertained. The plot is basic, just a slice of a strange guy’s life, but it works. The characters are memorable, the pace is brisk, and the dialogue is quotable beyond all normal levels. Napoleon, Kip, Uncle Rico, Summer, Pedro, and others provide us with lines that are sure to become part of your regular repertoire. The laughs are frequent and consistent, but again, this is just a simple premise, so depth isn’t remarkable here. But all the pieces fall into place and Napoleon Dynamite is just a fun movie. If you want all of your wildest dreams to come true, check out Napoleon Dynamite on Blu-ray.

This appears to be the exact same transfer used on the previously-released Blu-ray. Having said that, Napoleon Dynamite is shown in a 1.85:1 AVC HD transfer. This is better than the DVD, but doesn’t dazzle like we expect from high definition. The film has a softer visual design, which means detail isn’t razor sharp. I do think this looks more refined than the DVD however, so it is a step up. The colors retain the natural, bright presence, while black levels are spot on, with no errors to mention. The softer visual approach does lighten black levels a touch, but not too bad. So while not the visual masterwork I hoped, this is still a solid effort.

A DTS HD 5.1 option is here and while it sounds good, this material is never going to be demo level stuff. The main element is of course dialogue, but the music also makes its presence known. The music is what drives the surrounds, as it is the only part of the soundtrack that uses the rear channels. So the music sounds good, but dialogue dominates. The vocals sound clear and clean, with no drawbacks I could detect. This disc also includes Spanish, French, Portuguese, Japanese, and Italian language tracks, as well as subtitles in English, Spanish, French, Italian, Korean, Portuguese, Japanese, and Mandarin.

This is double-dipping if there ever was such a thing, but if you don’t already own the Blu-ray, here’s what to expect. Oddly enough, a few of the supplements from the original Blu-ray aren’t present here. It’s not often that a “new” edition actually loses supplements, but that seems to be the case here. 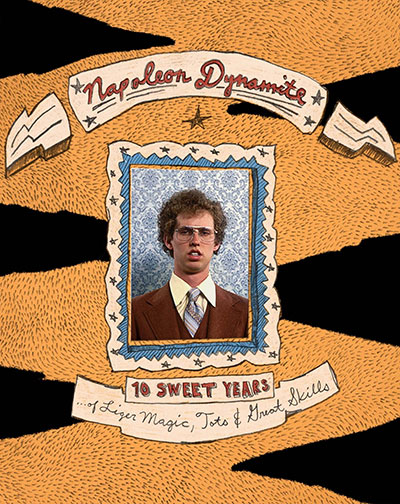