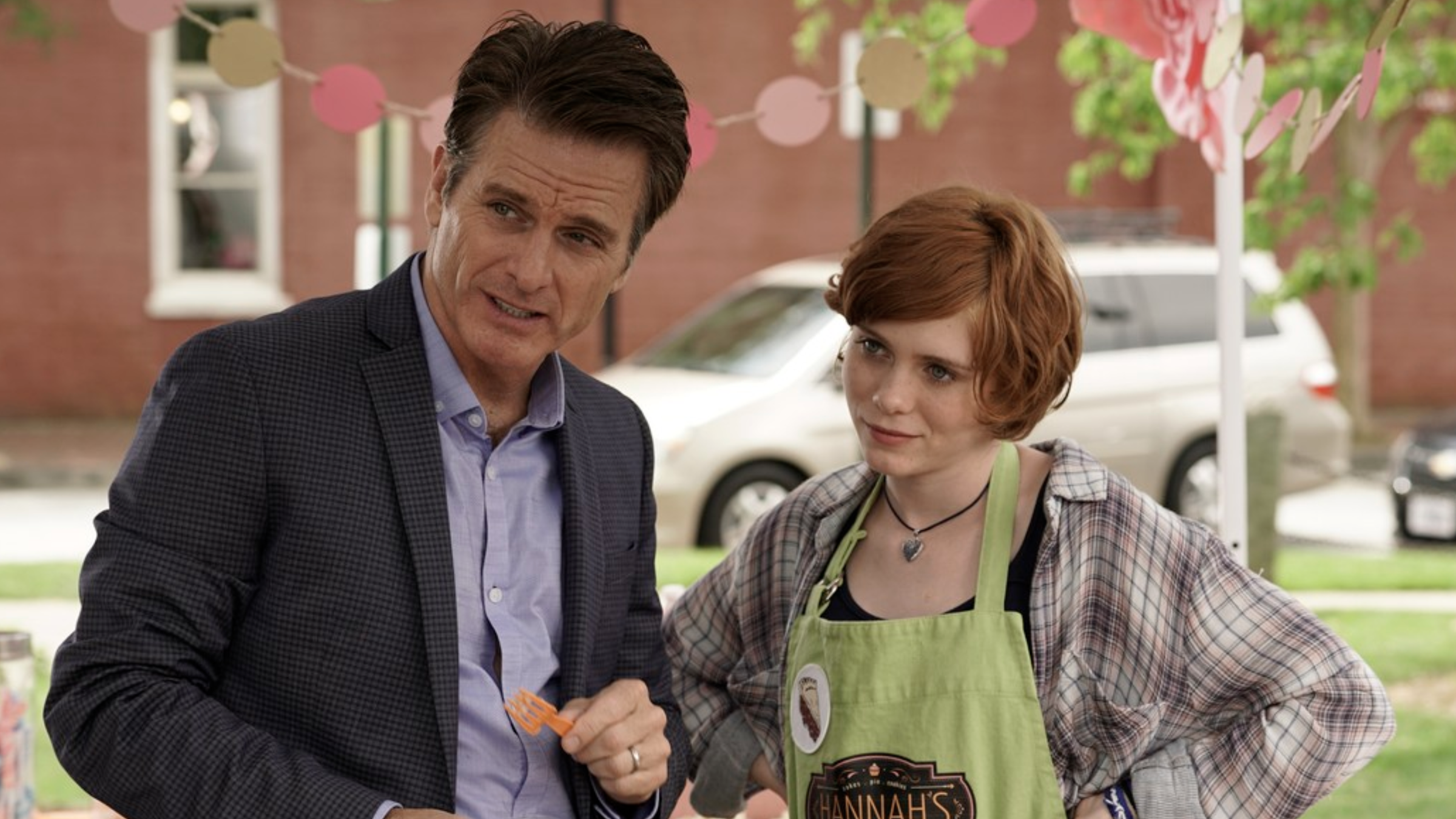 I’ll freely admit that I have never gotten in to Nancy Drew. I’ve no strong feelings one way or the other. When asked if I want to review this particular title, I figured I’d give it a whirl, largely because I like Sophia Lillis who plays our title character. She was last seen in the recent Stephen King adaptation, It. While the film is ultimately forgettable, it is also a bit refreshing seeing a fairly wholesome live action film that the whole family can enjoy. Let’s face it, we don’t get a lot of these anymore. Lillis does fine in the title role, but the film has some serious pacing issues despite its relatively brief running time.

As we meet 16-year old Nancy Drew (Sophia Lillis), she’s on her skateboard cruising around town when a friend seeks her out. As it turns out, a friend has been cyber bullied by a jock. So Nancy (naturally) concocts a plan to get revenge on this boy. They sneak into the gym and hack into the cameras and record him during his workouts and tinker with the showers. Ultimately, the young boy has been turned blue and it’s discovered that Nancy is behind it. Since this isn’t her first offense, she’s sentenced to community service. Despite being grounded, Nancy convinces her father to let her go visit an elderly woman with her friend who needs help with a supernatural presence. We then follow Nancy and her friends on their little adventures.

Admittedly, I am not the target audience for such a film. While I enjoyed snippets of it, there were times where I felt I was starting to lose interest. The film is certainly a nice alternative to some of the cruder films that seem to dominate these days, but the screenplay could’ve used more pop. I only heard a little bit on the film, and I’m still unsure just how wide of a theatrical release this received, though some have commented seeing it in theaters. It must be one of the shortest theatrical to home video releases in quite some time. Indeed, this really does feel like a made-for-TV movie at times, or something that would (or should, I say) premier on Netflix. I think if Lillis returns for more outings as this character, she needs a more compelling mystery to solve. As it stands, this might make for a good rental for the target audience, but I feel a better screenplay would’ve helped things here.

With an AVC encoded 1.85:1 transfer, the details are strong and sharp throughout. I can’t think of anything really negative to say as there’s a constant sharpness to the image here. Details and all are strong, print clean and colors accurate. Really, for such a recent film and one I’m most certain was shot digitally, we shouldn’t expect anything less in this day and age.

I find it hard to believe that anyone will use this disc as demo material to showcase their system. That said, the DTS HD Master Audio sound mix is by no means bad, it’s just rather limited. Vocals are spot on, sounding pure and crisp and some surround effects showcase some of the ambiance for the film. It’s a simple, understated and mix that’s sure to please.

There’s a welcome wholesome quality to this film, but it can’t help but feel a bit too small for its own good; it feels like a TV movie. Sophia Lillis does great in the title role, and the others fill their parts nice too. I just wish I was more invested in the plot. The film also has some pacing issues as it lags on occasion. Still, for the intended audience, a rental isn’t out of the question.