Shout!Factory recently decided to bring the classic Canadian produced slasher film My Bloody Valentine into their Scream!Factory line in a new Collector’s Edition. This move makes good sense financially and thematically. The film is well loved by horror enthusiasts and the old Blu-ray was starting to show its age. Shout!Factory has gone above and beyond for this edition with two cuts of the film from new 4K transfers and a wealth of brand new supplements produced specifically for this set. I excitedly checked the film out when my copy arrived.

Two people in coal miner outfits and masks walk into a mine. One miner disrobes, revealing that beneath the suit and mask she is a blonde woman. She motions for the other miner to remove his mask. He declines. When she moves in to embrace him, he pushes her backward onto his pick axe which kills her. At Banniger Mining Company in Valentine Bluffs, everyone is preparing for the big Valentine’s Dance. It’s the first Valentine’s Dance the town has held in twenty years. The bartender at the local bar tells the local kids and coal miners the story of what befell the town twenty one years earlier. Five coal miners had been left in a mine filled with methane by their superiors. They had left early to attend the dance. The explosion at the local mine while everyone was at the Valentine’s Dance left all but one person dead and buried. Harry Warden was trapped and survived by eating the remains of the dead. He was committed to the local hospital for one year. After he was released, Harry killed his two supervisors with a pick axe then he cut out their hearts, and stuffed them into candy boxes. He left the boxes at the local dance with a note that says to never hold another Valentine’s Dance. As the dance nears for the town on the twentieth anniversary, the sheriff receives a candy box with a human heart in it. The sheriff tries to keep the town from falling into a panic, while the killer runs free.

What makes a slasher film a slasher film? Is it the kids drinking Schlitz and trying to get laid? The inept police that don’t want to alarm the town of an impending threat? The almost supernaturally powerful enemy that easily dispatches his victims that seem incapable of watching where their feet are going? In the case of My Bloody Valentine, all the key elements are represented well. My Bloody Valentine was part of the slasher boom that was created when both Halloween and Friday the 13th proved that horror films without prominent leading actors could make serious returns on the money invested. True to form, My Bloody Valentine does not feature any prominent actors. The cast is made up  of a gregarious gang of Nova Scotians that handle the material well. This is a long time before the Canadian film industry really took off with shows like The X-Files filming up north, but the film manages to get the job done anyway.

I actually watched the Theatrical Cut and compared it to the Unrated cut and they are pretty different experiences. This film was originally fairly violent, but the  MPAA forced numerous cuts. The altered film (the Theatrical Cut) is a bit of an oddity for a slasher film because the film does not contain nudity and the violence in the theatrical cut is so tampered down that the film feels pretty tame. I did not mind this, but it is a very different experience than watching the Unrated version with all the violence added back in. Director George Mihalka was rightfully upset to see how much of his intent was lost in the theatrical version. Both versions actually play well depending on the audience and their temperaments.

Fans of this genre will find a lot to enjoy. The setting of the film is definitely unique. The setting is presented well which helps the film. The kills in the film are well set up and executed. The film is not scary, but it rises to the occasion of delivering suspense in a few scenes. The pacing sometimes lags slightly and the writing is clunky at times, but these are not issues that horror aficionados will be uncomfortable with. As it stands, the film has remained popular for decades for a reason. If you like the genre, check this one out.

Shout!Factory presents My Bloody Valentine with a healthy looking AVC-encoded image in 1.85:1 aspect ratio from a new 4K scan. This is a really strong transfer of the film. Since the film primarily takes place in the dark with little light, the added resolution really helps the viewer take in more information than ever before. That is not to say that this is some beautiful Terrence Malick film, but I feel like fans are going to be very pleased.

The audio presentation on My Bloody Valentine is effective if not very immersive. The film features a DTS-HD MA 2.0 track that preserves the original sound design well. There is not a lot to commend or rebuff here. There are no issues with the track that jumped out at me.

I was really impressed by Shout!Factory’s deluxe treatment of My Bloody Valentine. The film holds up well and is an enjoyable slasher that achieves a lot by creating a strong setting for the characters to inhabit along with a strong villain. The film looks better than ever before because of the 4K transfer that was used as the source. The Unrated Cut and the Theatrical Cut are pretty different viewing experiences, but both are enjoyable. Shout!Factory has provided an excellent array of supplements that are going to please fans and newcomers. This is how Collector’s Editions of films should be done. A great release. 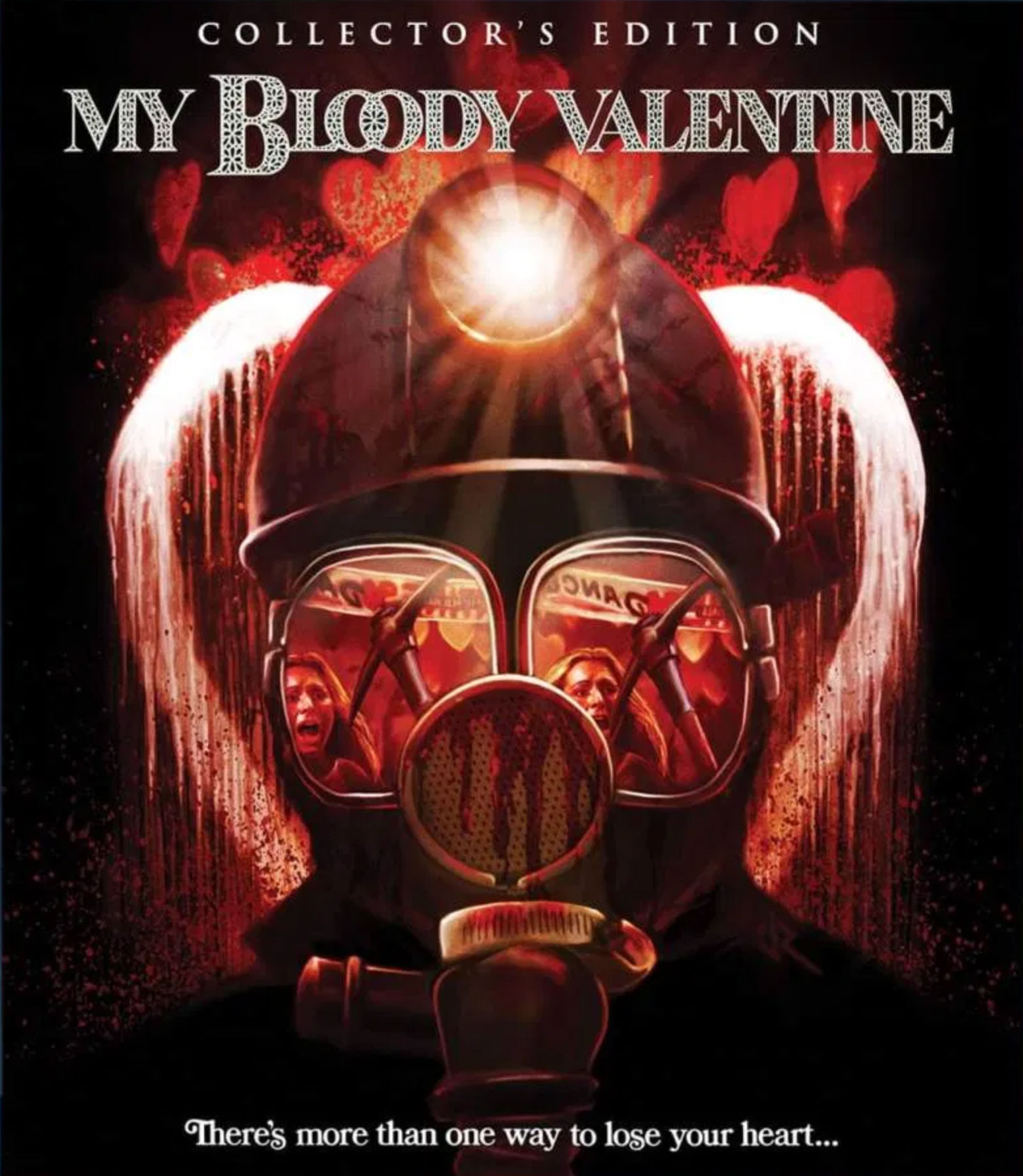