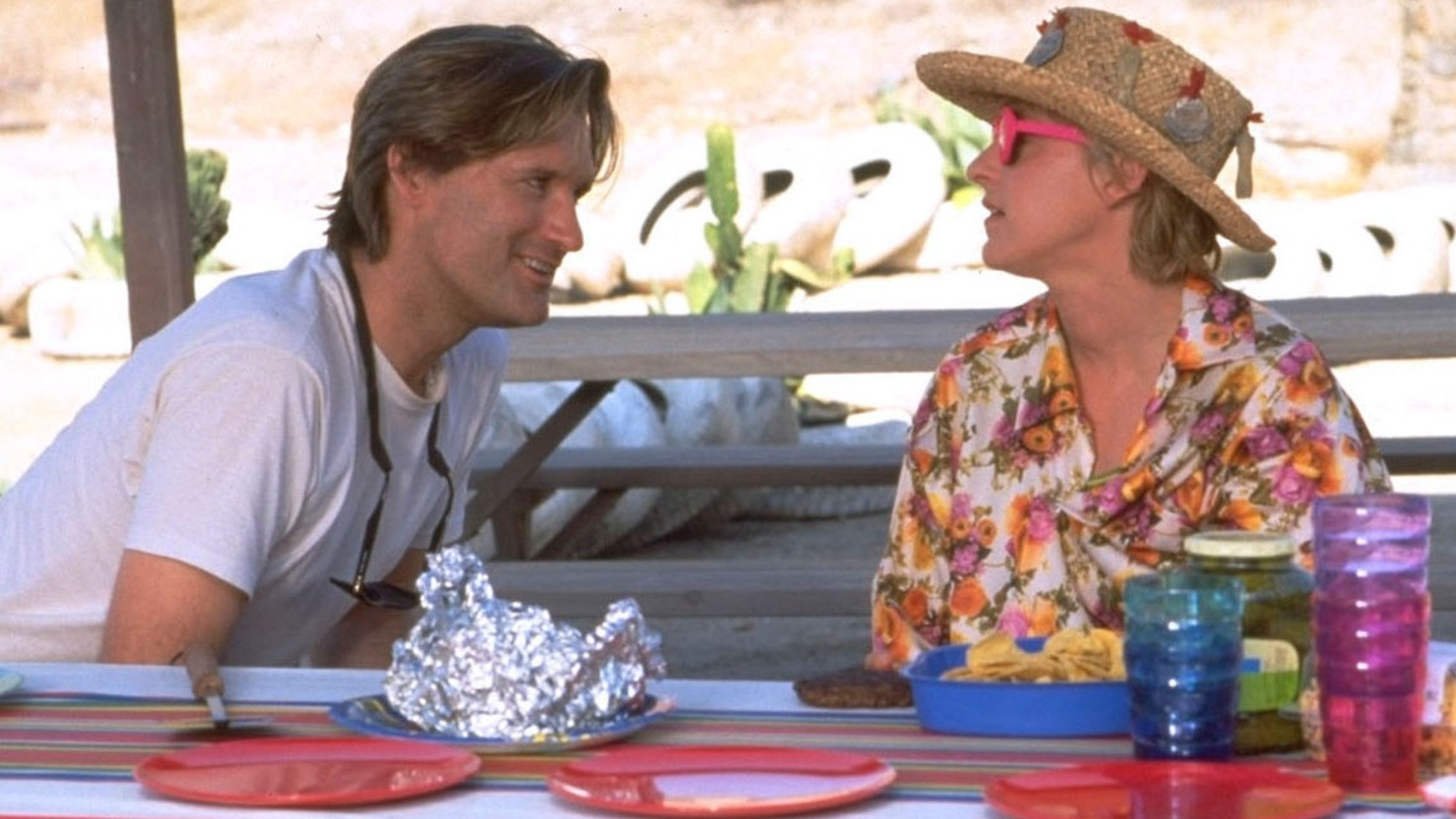 Mr. Wrong stars Ellen DeGeneres and Bill Pullman in what is one of the most lame and unfunny romantic comedies that I can recall. The film was released in 1996 and I saw it just once prior to watching again. It had all but evaporated from my memory and thankfully has after this second viewing. I’ll dive more into the formulaic plot in a bit, but the film becomes an endurance test full of unlikeable characters and unfunny moments. The early moments do show some promise, but it goes downhill quickly and feels much longer than its actual running time is.

Ellen DeGeneres stars as Martha Alston, she’s waiting for Mr. Right to come along, but feels the pressure since her younger sister just got married and her parents continue to bring the topic up. Martha works behind the scenes of a successful morning show and has a string of bad dates. Before she gives it up entirely, she encounters Whitman Crawford (Bill Pullman) who is hitting all of the right checkpoints for Martha and very much could be the one. Unfortunately, his behavior takes a hard turn and Martha sees an entirely different side of him. She tries to end it, but Whitman turns into a stalker. He showers her with gifts and won’t accept that the relationship is over. Will Martha be able to finally end it or will she settle for Mr. Wrong?

It isn’t hard to see what the film has in store for the characters or the audience, but what’s most unfortunate is just how downright painful it is to sit through. Nothing that happens here is the least bit amusing or entertaining. Another flaw is that it doesn’t develop Pullman’s character enough so we can understand why he’s acting the way he is and doing the things he does. His bizarre turn just feels out of place and like a lame attempt to prolong the movie. This material doesn’t necessarily lend itself to comedic potential since what he’s doing is actually quite frightening. I won’t speak of the strange plot points of annoying side characters. Mr. Wrong is just like its title suggests. It’s all wrong and unfunny.

We get a passable AVC encoded 1.85:1 transfer that delivers more or less what I’ve come to expect. While the film is lame, the image remained pleasing throughout. At no time does this become a demo type disc, but it presents things in a positive manner for the film at hand. Details are good enough, the print is clean and colors nice and smooth.

Like a lot of Kino titles I’ve covered lately, we have a 5.1 or 2.0 option. I opted for the 5.1, but the film is lower key than the usual fare. Still the audio works well enough for this kind of feature. We get some kick when needed and the vocals dominate to create easy listening. Background channels come into play throughout the film to bring us into the world. Like the transfer, this track serves the film as it should.

I now recall why I had forgotten about Mr. Wrong. The film is a lame exercise in genre clichés and some strange plot points. The characters are annoying and not funny and the film takes forever to reach the finish line. Both DeGeneres and Pullman are fine actors, but they can’t salvage this mess. Skip it.