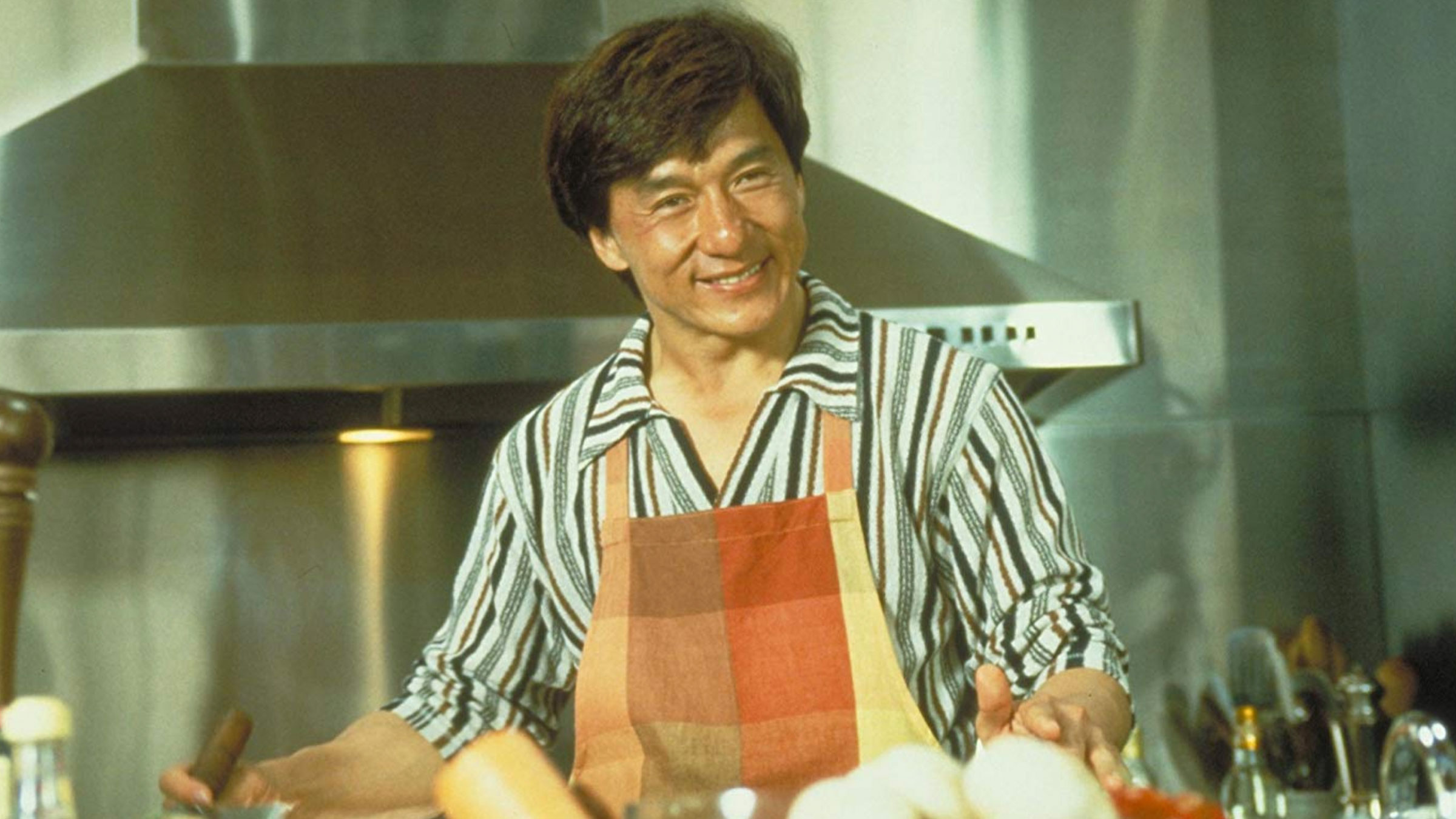 When I was growing up, after the huge success of his film Rumble in the Bronx, America fell in love with Jackie Chan. Jackie Chan had always been the movie star that the guys that worked at video stores had championed. They all had bootleg copies of some of his more obscure movies. After Rumble in the Bronx, a deluge of his films arrived at the local Sun Coast video store in the Park Plaza Mall. As a lover of Asian cinema and a fan of martial artists, I was eventually drawn to his films like Drunken Master (which I purchased in a poor quality 5-pack VHS box set.) Then I discovered his opus – Police Story – which I still consider to be one of the greatest stunt based action films of all time. I watched my VHS copy of that film frequently and showed every friend that was in my vicinity for the next couple years. Not all of Jackie Chan’s movies are great, but that didn’t stop me from watching any of them that I could get my hands on including moves like First Strike. I was excited to see that Warner Archive was releasing his 1997 film Mr. Nice Guy. Strangely enough, I had totally missed out on watching this one. For fans of the film, Warner has provided a new transfer from a 4K scan of the Extended Cut along with a regular 1080p version of the New Line Cinema Cut. I sat down with my oldest son and we checked it out.

Melbourne, Australia – drug kingpin Giancarlo (Richard Norton) meets up with the rival gang the Demons for a large cocaine deal. When the deal goes sideways, they begin shooting at each other. Up in the rafters of the building, news reporter Diana captures footage of the drug deal and ensuing violence. The cameraman and Diana are discovered. Her cameraman is killed, but Diana (Gabrielle Fitzpatrick) escapes with a VHS of the footage. While being pursued by both the Demons and Giancarlo’s thugs she bumps into Chinese chef Jackie (Jackie Chan.) When their paths collide, Jackie finds himself being tracked down by the thugs who desperately want back the footage. Against his will he ends up protecting Diana. Meanwhile, Jackie’s girlfriend Miki arrives in town and is immediately put into danger.

Like other Jackie Chan action films, this is a wacky and comedic showcase for the immense physical talents of Jackie Chan. The man has no fear and is able to move so quickly that it is truly incredible to watch. Don’t pay any attention to the plot. It’s pretty boiler plate and just an excuse to give Jackie a reason to fight people at construction sites.

The stunts in the film are jaw dropping. It is easy to forget just how amazing Jackie Chan was at his peak, but rewatching any of his films from this time reminds the viewer that there has never been a stunt man and leading man as fast and fearless as him. He relentlessly puts himself into danger and somehow comes out the other side unscathed. My son could not believe what he was seeing. No CGI, no wires, just a fearless and incredibly fast martial artist.

Like other Jackie Chan films, some of the charm is the overacting and ridiculous dialogue. This film has that in spades. I had a dumb grin on my face for most of the film. The film was directed by fellow Chinese Martial Artist and crossover success Sammo Hung. He lends his expertise in broad comedy and action to the film. He directs the film with a Panoramic lens that allows a lot of action to fill the screen.

The Extended Cut of the film restores roughly thirteen minutes of cuts from the New Line Cinema Cut of the film. Even the Extended Cut feels like a PG-13 release. I watched it with my oldest son and the most objectionable aspects were the following: women are punched in the face, Diana has a scene where she runs around in her bra and underwear while escaping thugs, and the bad guys use the term “bitch” repeatedly. At the end of the day, these kids are all growing up watching idiotic YouTube videos, so I think that this is probably a better way to spend their time. My son Holden thought that the movie was absolutely incredible, so that made me pretty happy.

Fans of Jackie Chan will find that this one is a winner. It doesn’t top his Police Story films, but it is a fun distraction that displays his talents well.

Mr. Nice Guy has a lot of visual punch. Warner Archive have provided a new transfer of the film in 1080p using an MPEG-4 AVC codec. This transfer was sourced from a new 4K scan. The film is presented in the aspect ratio of 2.40:1 aspect ratio. This film was shot with a Panoramic lens and the widescreen aspect ratio fills up a 4K screen beautifully. I am sucker for Widescreen lenses and the entire film is in that aspect ratio. The result is an incredibly detailed picture quality with a lot to look at in each scene. Fans will be ecstatic to see the work that Warner has put into this release.

Warner Archive has provided a good sounding English DTS-HD MA 5.1 track. This track has decent surround effects although the rear channels are not used as frequently as on more modern tracks. As is the case with most Warner releases, the sound quality is pretty superb. Every cheesy line of dialogue is delivered clearly. This is a good track overall.

Mr. Nice Guy is a solid Jackie Chan film. Like other Jackie Chan films, the plot is basically nonsense and just an excuse to let him fight a bunch of guys that are wearing turtlenecks and black suits. I am perfectly happy with that. Jackie’s skills and speed are on full display here. He performs some truly outrageous stunts. While this film can not hold a candle to Police Story, it was a great distraction for a cold fall night. Warner’s Blu-ray features a beautiful transfer of the Extended Cut and also features the New Line Cinema cut. Fans will want to kick this film into their collection.