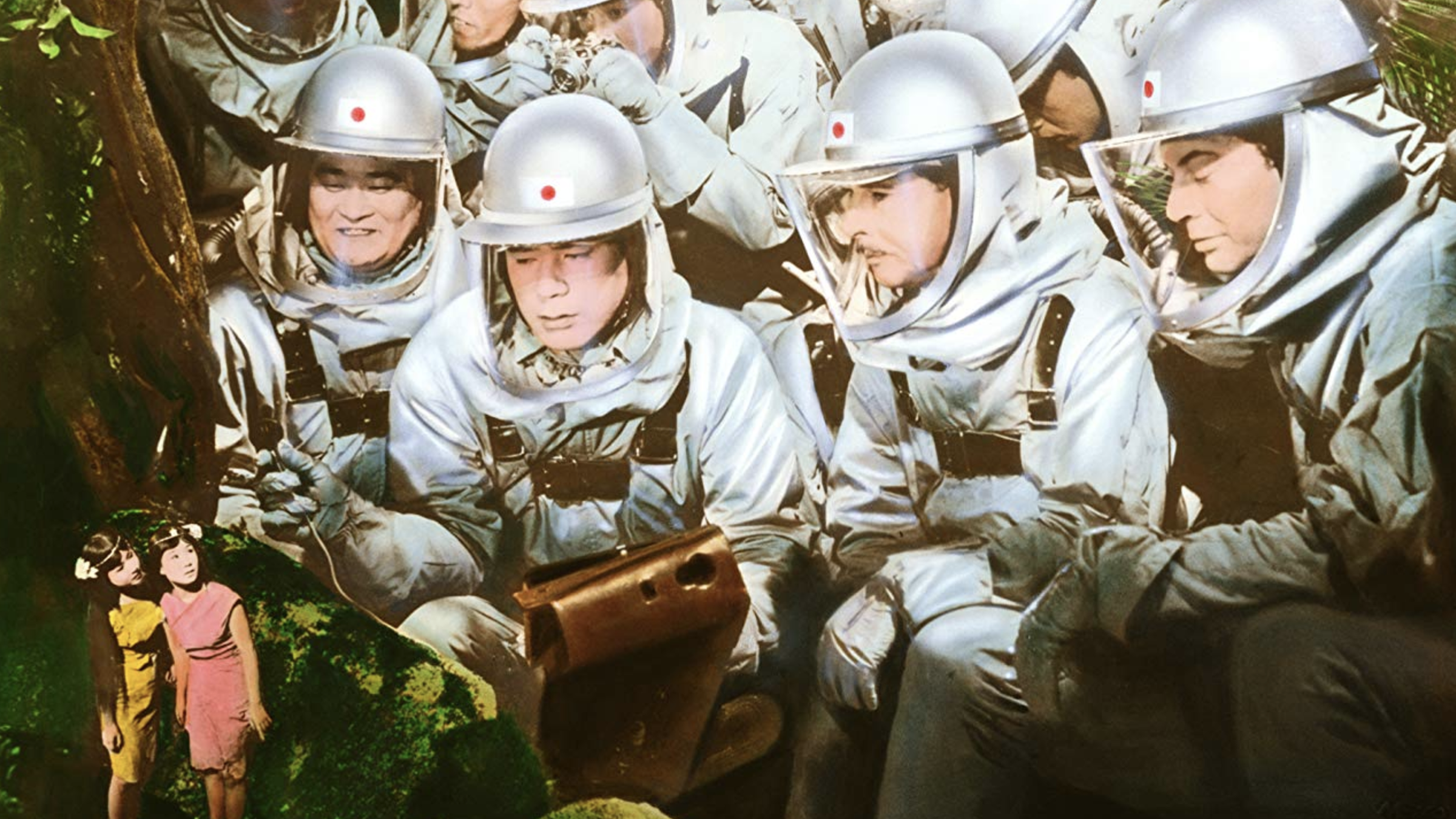 I’ll admit to never getting overly involved with the older Godzilla films or others in that field. Still, I wanted to give Mothra a try and here I am. While I wasn’t expecting an epic film or something mind-blowing, I was expecting a bit more excitement. I’m sure the film has its fans and maybe even a small following, but it failed to do much for me. The moments featuring our title character can be fun, but unfortunately they’re few and far between. One thing of note here is that both, the U.S. and Japanese cut featuring 11 additional minutes are both included in this set. It’s always nice to have both versions of a film to compare the differences.

After reports of human life on Infant Island that is supposedly irradiated and uninhabitable, a research team discovers a native tribe and tiny twin female fairies called who guard a sacred egg. Nefarious businessman Nelson (Jerry Ito) kidnaps the tiny twin princesses to exhibit in a trade show. The two tiny fairies perform a song, but this song is actually a plea to the Mothra to come and rescue them. And this sets all the pieces in motion. It’s actually a fairly clever premise, but the film is something of a doozy. It’s now up to reporter Fukuda (Frankie Sakai) and Scientist Dr. Shin’ichi Chujo (Hiroshi Koizumi) to rescue the twins from Nelson and keep the Mothra from the attack on Japan.

While the film can be fun at times, I felt it took too long for anything much to happen. Some of the mayhem towards the end is exciting, but I was already starting to lose interest by that point. Still, fans should be pleased to have not just the film, but both cuts in one complete package.

We get an AVC encoded 2.35:1 transfer that, while flawed at times, still impresses. It’s clear a lot of care went into this presentation and some noticeable flaws are likely from the source, so I can’t fault it too much. There is some grain and a print flaw or two, but overall, this is a certainly watchable presentation. The colors are sharp throughout and details strong.

Depending on which version you watch, there’s an English DTS 2.0 track or a Japanese and both work quite well. It worked well and sounded (on both versions) about as I expected. It kept me engaged with the strong sound range and vocals.

Mothra didn’t do much for me, but it has its fans and they should be pleased with the results here. The features are a bit light, but having both cuts is a plus. The steel-book packaging is also quite nice.