There’s a lot to be said for playing God, isn’t there? There have been countless movies and television shows that have lodged an attempt at this and some have hit the nail on the head and others…not so much. One of the better, more recent, films to do it (and do it right) was 2015’s Ex Machina. In it a reclusive billionaire had found a way to create an artificial intelligence that became self aware. There’s obviously more to it than that, but not every creation by humans has to be so, for lack of a better word, robotic. But I’m willing to wager that so long as man walks the Earth, he’ll try and find a way to create a new form of life that’s anything but the “old fashioned” way. And, knowing us, we’ll probably figure it out. However the inherent dangers will always be there and movies like Hannah and this latest one, Morgan, explore what could go wrong.

The plot is painstakingly simple:  Morgan (Anya Taylor-Joy) is an afritically-created human kept seclusion. Clad in a hooded sweatshirt, she’s got the body of a teenager, though she’s only five. She exhibits intelligence and has just stabbed one of her doctors (Jennifer Jason Leigh) in the eye. As a result, “corporate” has sent a risk-management consultant (Kate Mara) to determine if Morgan should be terminated or not. Of course, we’ve got a rag tag group that surrounds her. A psychiatrist (Paul Giamatti) thinks he can beat her at her own game and there’s also the one true person who really loves her (Rose Leslie). Of course Morgan escapes into the forest and it’s up to the remaining people to catch her and determine her fate. Whatever will happen?

The inherent fault in the film is this: it’s just not that entertaining. I fell asleep for about 15 minutes (and in a 90 minute movie, that’s a lot) but was able to catch up in about 1 minute what I’d missed. I was also racking my brain for something to review yesterday and this movie didn’t even cross my mind. Yes, that’s how forgettable Morgan really is. And it’s no fault of the cast. Certainly Paul Giamatti, Jennifer Jason Leigh and Kate Mara are enough to hold my attention (in other films), but this movie, like Morgan herself, is so void of any emotion that I really couldn’t have cared less what happened to any of the characters. I won’t give away the ending, but let’s just say that the stage might be set for a sequel and if that happens, it might not star who you think it would. Did I give too much away? Well too bad, because I don’t care.

Though Ridley Scott’s name is all over the box, this wasn’t actually a very big budget film ($8 million). Not that it matters too much since with modern equipment, it’s fairly easy to produce a very attractive-looking film. Morgan looks as bland as anything I’ve ever seen. That’s not a knock on the technical film quality, moreover it’s the way the film’s costumes and set design appear. Yes, the detail is amazing, colors are rich and vibrant in some scenes and sterile and pale in others. Every bit of Paul Giamatti’s beard is visible as is the desaturated skin of Morgan herself. The Ultra HD/4K does benefit from HDR and I’d checked a few scenes on the Blu-ray for comparison. So if you do want a tad bit more color saturation, the 4K is the way to go. While not technically “bad”, this failed to impress – like the film itself.

I’ve heard some good audio tracks in my day and some that aren’t so good. The Dolby Atmos soundtrack falls somewhere on the lower end of the spectrum and, like the video presentation, has all the boxes checked but it just didn’t seem to deliver. Vocals are at the heart of this film and they sound very good, strong and well-centered. The third act contains most of the action in the film and this is where the surrounds come to life, though they seem to be few and far between. A few gunshots resonate that caught my attention, but apart from that there wasn’t anything that really was memorable.

There’s no denying that Luke Scott has (and will) pick up some of the tricks of the trade from his father, Ridley. But this first effort leaves a little to be desired. Simply put, it’s just kind of boring. While the disc both looks and sounds good, that takes a backseat if the audience isn’t entertained. I wanted to like the movie, but I just couldn’t get into it. 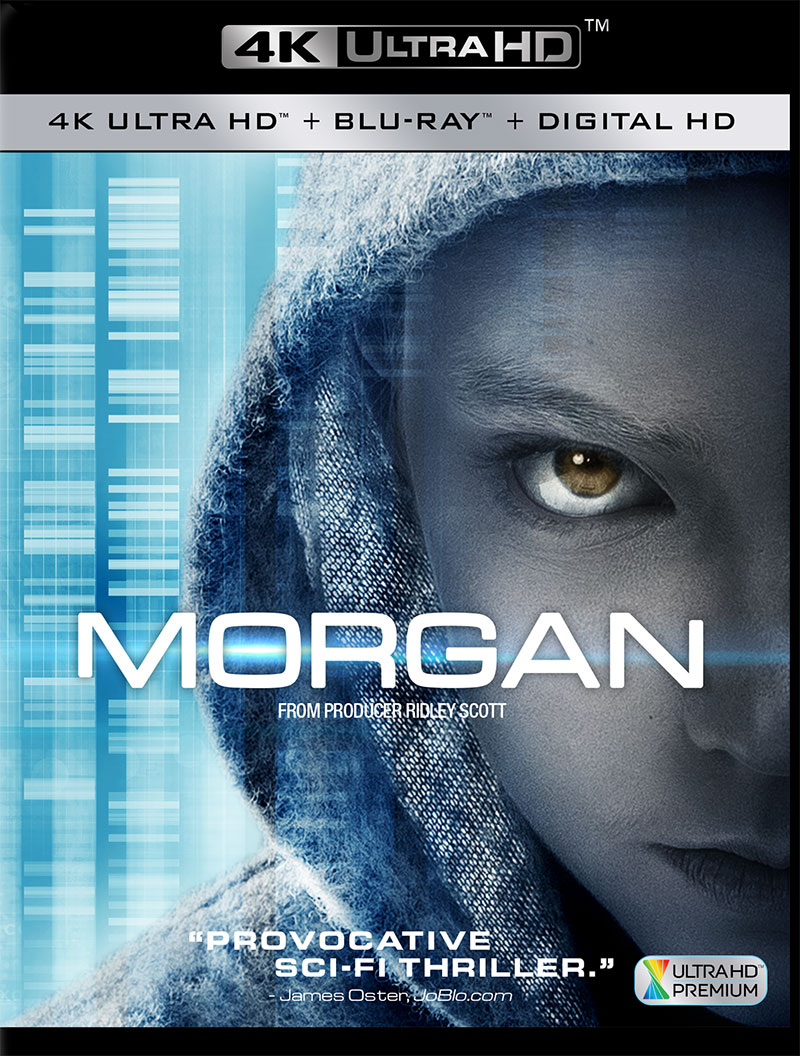