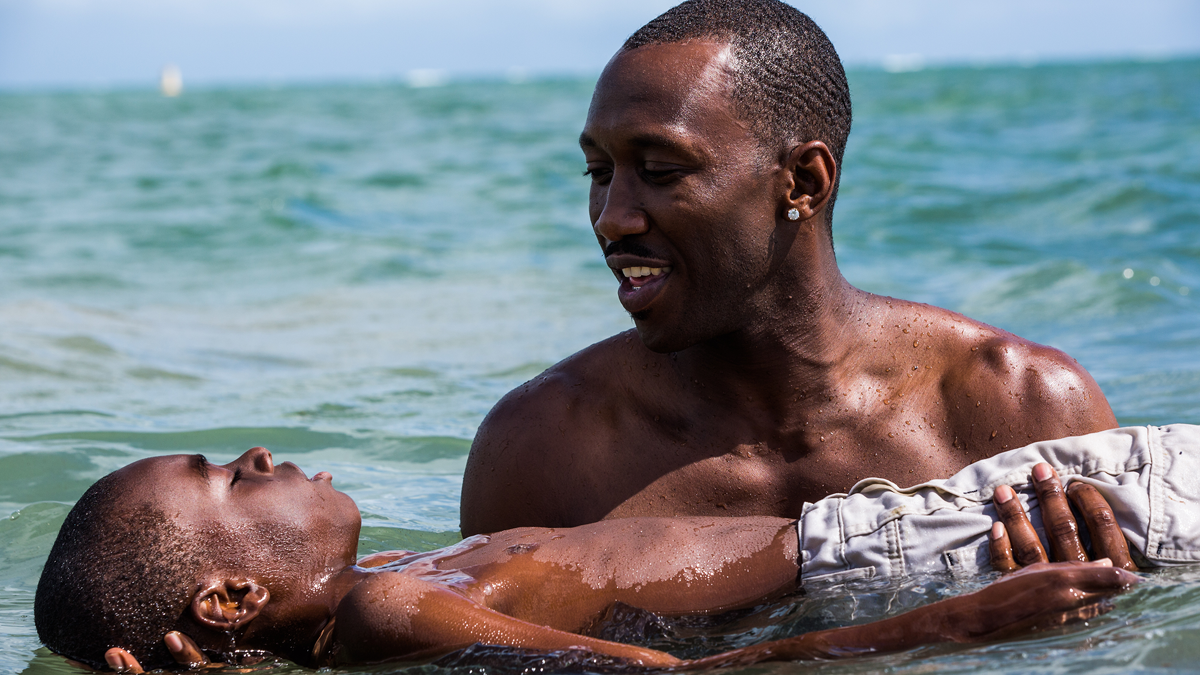 Every year around “award season” we’re inundated with films that have been around, but have rarely been seen. That’s to say, they’ve made their journey on the independent film circuit (Cannes, Sundance, etc.) but when it comes time for nominations, more often than not these films are mentioned. And there’s good reason too – they’re good. We have to bear in mind that not every movie is a remake of a film of the same name from three decades earlier or has someone with superhuman powers saving the universe. No, there are films out there that can tell the simplest tale and be just as impactful. And looking at Moonlight, it’s probably natural to compare it to some other films that cover some of the same ground. I’m referring to movies that focus on black characters who live in poverty and aren’t really surrounded by the best influences. The obvious candidates are films like Dope, Boyz N’ The Hood, Menace 2 Society and the recent Straight Outta Compton. Each told their story and told it well. With Moonlight we get a bit of a different point of view, but a powerful story nonetheless.

The film is told in three different parts, though each part could have been a stand alone film in itself. Each act features a different actor to represent Chiron in a different stage of his life. We are introduced to a young, quiet boy named Chiron (Alex R. Hibbert) running away from some kids who are trying to beat him up. Chiron, nicknamed Little, finds safety in an abandoned apartment. Juan (Mahershala Ali) is a local drug dealer who helps Chiron and offers him dinner and a place to sleep. Chiron lives in a housing project with his mother Paula (Naomie Harris), a drug addict who ignores and takes advantage of him. The story doesn’t stay here; Chiron is also portrayed as a self-conscious and confused teenager, tormented by a bully at his high school and befriended by a friend from his childhood. Chiron is then shown as an adult, a changed man with a confidence that is ultimately a protective mask so that he doesn’t have to experience the pain that has come to define his life.

There’s more to it, of course, as this multi-layered film has a way of telling a story that’s both visually aggressive and manages to tug at your heartstrings. The ensemble cast all does a great job, though the standout (and the one who just might go home with an Oscar) is Mahershala Ali. I’d seen Ali when I was binge-watching the Marvel television series Luke Cage and he’s got range and loads of talent. There’s no denying that each cast member does a great job and when it’s all added up, you’re left with a great and powerful film. Director Barry Jenkins has taken an adaptation of a play entitled “In Moonlight Black Boys Look Blue” by Tarell Alvin McCraney. The film shows us how violence or even the threat of violence can dehumanize and destroy young people, is shows the depth of poverty for entire communities, and it also illustrates the heartbreaking effect of drug abuse. This is a supremely-acted and intense film, but worth a viewing.

The 2.39:1 AVC HD transfer is what we’d expect for a new to Blu-ray film and it’s got a very restrained and simplistic look to it. We have to bear in mind that not every movie has a huge budget with money to burn. Moonlight has a unique look and feel to it in some scenes. Contrast is bold and brash, detail is as we’d expect – sharp and the color palette covers the entire spectrum. Bear in mind this was shot in Miami, so we get plenty of sun-drenched scenes for our eyes to ponder. It’s a very unique-looking film and one that will be imitated, for certain.

An impressive DTS HD Master Audio track has been included and I have to admit that I was entranced by some of the song choices. Take, for instance, Aretha Franklin’s “One Step Ahead” to bring definition in certain scenes, the classical pieces during transformative character transitions, or the use of the hip-hop song “Cell Therapy” by Goodie Mob. A soundtrack can make or break a movie, but this seems to have done the job right here. Vocals are pure and crisp, directional effects, while not too prevalent, do a fine job. The front stage has most of the action, but it’s a good, solid mix that’s sure to please.

Moonlight might not win all the awards, but this is a small, independent film that’s worth of the praise lauded upon it. It’s a great character study and features some amazing performances by all involved. Lionsgate’s Blu-ray both looks and sounds stunning and has just enough supplements to warrant a purchase. Recommended.