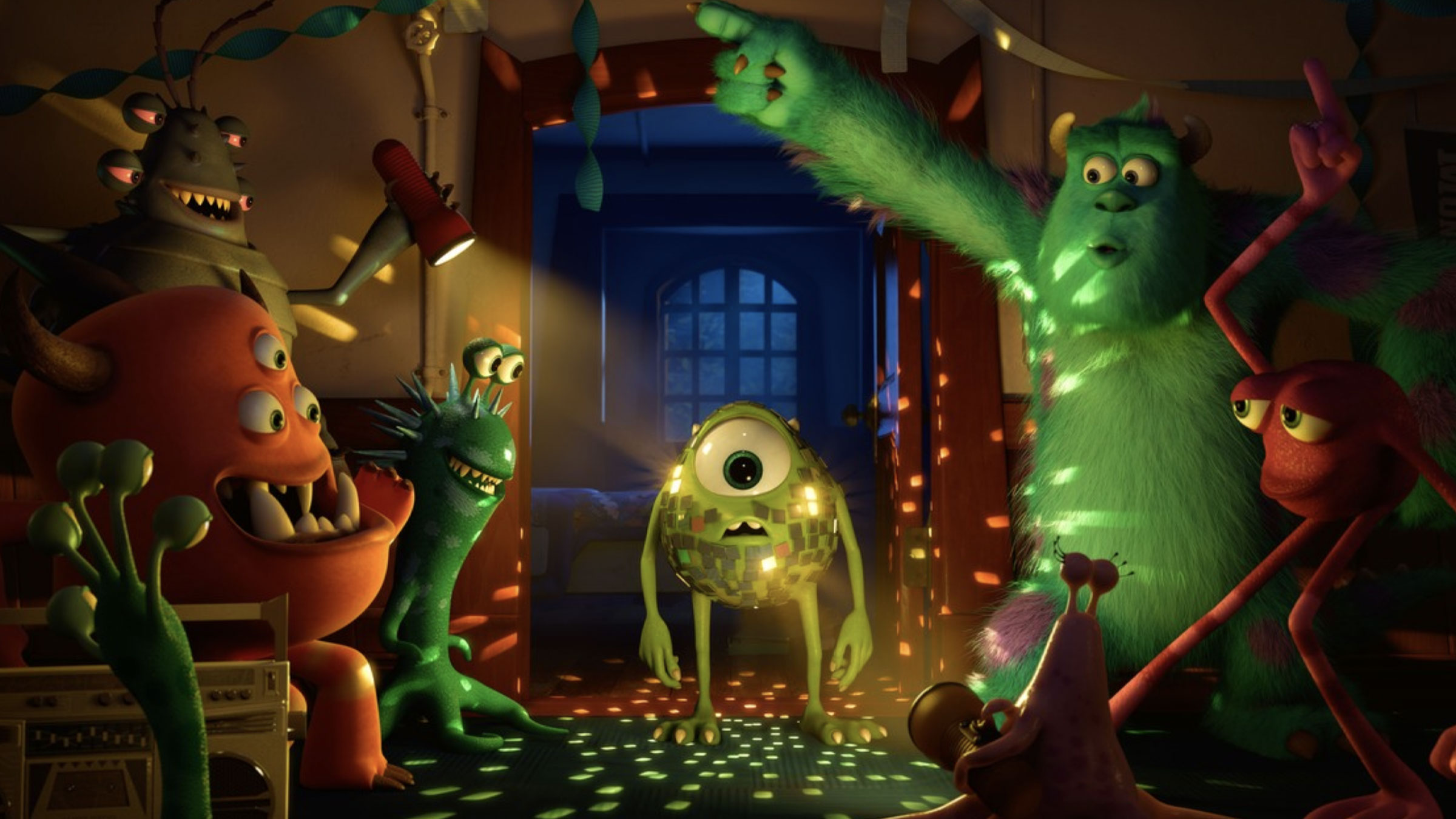 Mike Wazowski has always wanted to be a top scarer, with dreams of working the scare floor at Monsters Incorporated. Now he has taken the first steps toward that dream, as he has enrolled in the scare program at Monsters University. He has studied hard, so he knows the ins and outs of all of the various scare techniques. But as he soon learns, you need more than knowledge to be one of the best scare creators. Mike quickly finds himself in conflict with Sully, who has a knack for intense scares, but doesn’t bother to study or pay attention in class. But when both wind up out of the scare program, they’re forced to work together with the school’s other misfits as part of the Scare Games. If they’re able to guide the misfits to the top of the Scare Games, then both will be readmitted into the scare program. As Mike helps Sully with the technical side of the scares, Sully tries to help Mike channel his inner beast to deliver high octane scares. As the group bonds and tries to do their best, they find themselves often outmatched, but unwilling to give up. Can Mike and Sully get back into the scare program, or are their dreams destined to be unfulfilled?

Given the massive success of Monsters, Inc., a follow up was a sure thing, but I doubt many fans expected a prequel. The premise took us back to college, when Mike and Sully were trying to climb the scare ladder and find their places in the world. As you’d expect from Pixar, Monsters University is great fun and entertains audiences of all ages. Of course the visuals are beyond remarkable, with so much depth and detail that the monster world doesn’t just feel alive, it is alive. The world looks lived in and genuine, which is no simple task in animation. The story is basic, but unfolds in effective ways and the writers manage to fit in plenty of surprises, even though we know where the characters end up. Seeing Mike and Sully in these different ways really makes you appreciate the original movie even more, which is the hallmark of an effective prequel. So this is not only a great movie on its own merit, but it plays off little moments in the original, both films benefit. The movie is just plain hilarious, with colorful characters both familiar and new, plus ample sight gags that never disappoint. No one will be surprised, but Pixar has hit another home run with Monsters University and fans should be more than thrilled.

Monsters University is presented in 1.78:1 widescreen but now has the added benefit of an HEVC 4K transfer and HDR. As expected, this transfer is beyond excellent. The visuals simply shine in all aspects, as the animation looks beautiful. The colors are rich and bold, with all the intricate lighting presented in flawless form, which is crucial for the visuals. I watched this twice and couldn’t spot any woes at all, instead I was dazzled each time and was drawn into the lush visuals. The amount of detail is amazing and the depth of the visuals is stunning, simply put home video doesn’t get much better than this.

The DTS HD 7.1 soundtrack has been replaced by a new Dolby Atmos mix. It’s a reference level, creative, complex sound design throughout. Every scene no matter how reserved manages to come alive with audio depth, which really enhances the experience. Even the expositional scenes have bursts of atmosphere that remind us that the monster world is alive, while more powerful segments are given the kind of deep punch you’d expect. The attention to detail is stunning here, you can tell a lot of time and craftsmanship went into this track and the result is a pleasure to experience.

Disney’s 4K offering is simply a repackaging of the previously-released Blu-ray set (and all included extras) while the 4K disc is the movie only. Effectively, if you already have the Blu-ray set, you’re paying for a 4K disc. Some are OK with this. Others are not. Nevertheless, it does deliver in the supplemental department. Let’s get started.

Monsters University is fun, typical Pixar and makes a good companion piece to Monsters, Inc. Though I feel this sequel (like so many others) doesn’t truly do its predecessor justice, it’s not a bad film. Disney is offering this in 4K because, well, if you can sell it once then why not sell it twice? Honestly, the picture quality on any Pixar film doesn’t really need a 4K image, but we have one here for those that need that 4K-ness.