Missing Link did look somewhat interesting to me when I saw the previews, but it still wasn’t something I went out of my way to see in theaters. Reviewing it at home was a task that was easier to do since it’s cheaper and I often prefer the comfort of my own home with certain titles. The film is a lot of fun and is certainly a good diversion from the usual animated fare that we get. It certainly feels like something that kids closer to their teens will appreciate more than the youngsters as it often feels more mature in its plot. The humor is certainly there, but I can just see older kids taking to this one more than anyone else. This might explain why the film was a Box Office flop as audiences likely didn’t know how to take it. I won’t go out of my way to call it a classic, but it just might garner new life on home video.

It’s 1886 and we meet Sir Lionel Frost (voiced by Hugh Jackman), he investigates mysterious beings. When Frost gets a letter speaking of the existence of Sasquatch, he sets out to find him. He travels to the Pacific Northwest and finds Sasquatch, and he is dubbed “Mr. Link” who is voiced by Zack Galifianakis. Mr. Link is the one who wrote the letter to Frost. Link has a motive: He wants Frost to take him to Tibet where he hopes to find more of his kind. Frost makes a deal where if he takes Link along, he can tell others of his exist and so our journey begins.

Missing Link is straightforward in its basic narrative, but it adds a few characters into the mix and keeps things moving along nicely. These kinds of plots usually work, because there’s a mission. Usually when there’s a deadline of some kind, there comes the urgency and that helps propel things. The animation is beautiful to look at and I appreciated that the film remains clever throughout its duration. It doesn’t resort to common missteps among animated features where the humor is lowbrow. It also doesn’t overstay its welcome. The voice cast is strong and the story is good. In short: it comes recommended.

The AVC encoded 2.39:1 always remains pleasing to the eyes. The details are sharp from the opening moments to the last. Colors were fine and sharp and really no flaws were detected. Background shots were as nicely detailed as the images front and center. I don’t have much else to say, this transfer simply satisfies.

The Dolby Atmos track (Downgraded to TrueHD) worked fine as well. Vocals had the clarity I expect and the rumbles and noises on the adventure added to the experience and brought us into this world nicely. The effects really do help elevate the home audio experience to create a lively viewing.

Fans of animated adventure films should definitely seek this one out. It really has a lot going for it. I can’t think of many faults. Whether renting or owning, Missing Link deserves a viewing. 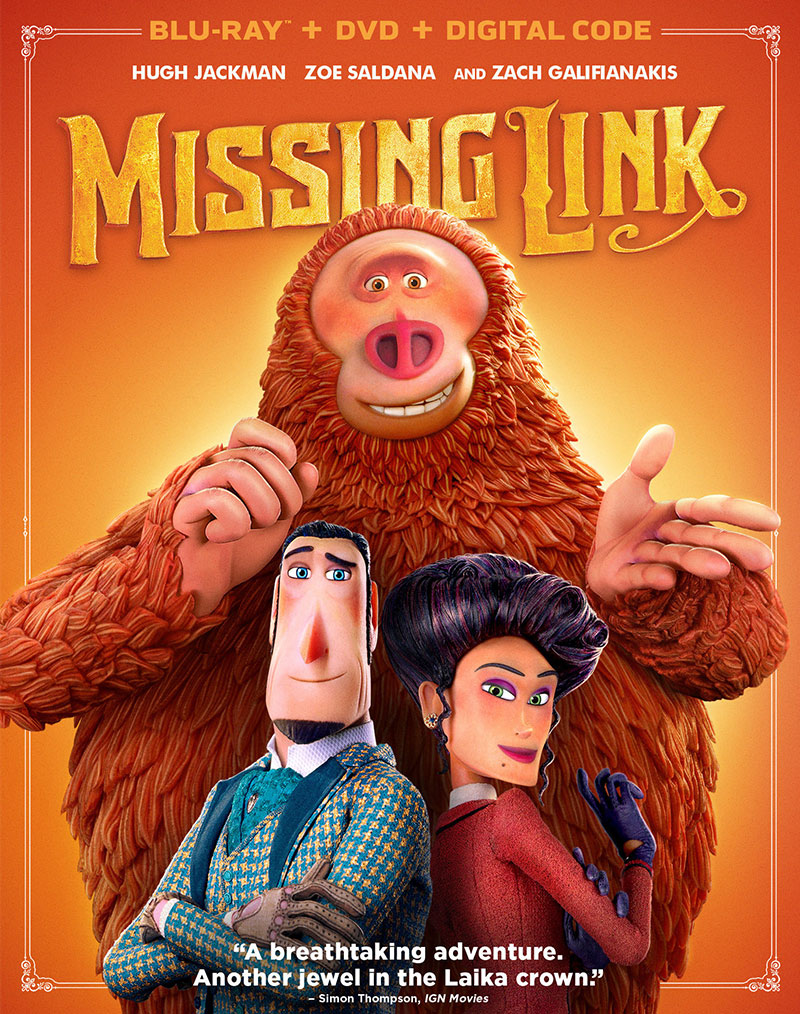