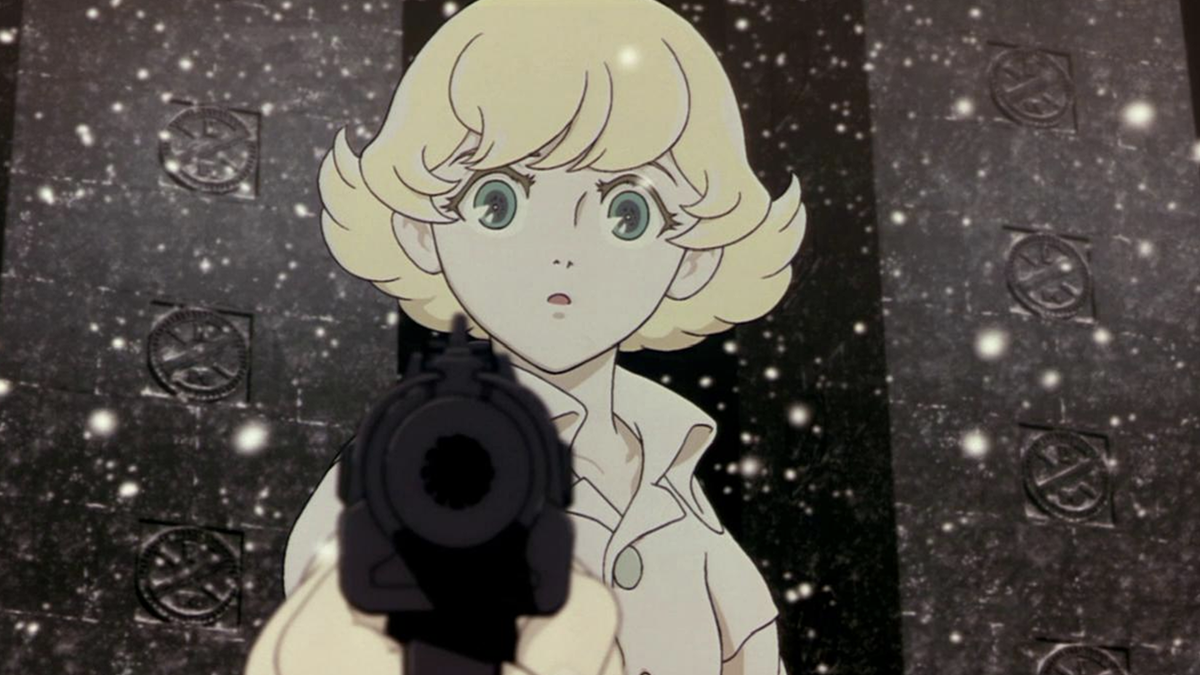 You may have seen his most popular film Akira which introduced the Western world to anime and is widely considered one of the greatest anime films of all time. Akira is my personal favorite anime film of all time. It exposed me to anime at a young age so I am partial to it. Though the film is not directed by Otomo, it still has his fingerprints all over it. The direction by Rintaro is reflective of his work in the animation department for both Neo-Tokyo and Ninja Scroll – another favorite of mine. Rintaro was also a natural choice to direct given that he had worked at the same animation studio as Osama Tezuka for years. This film is definitely a fitting tribute to a man he had worked with closely.

The film begins with a large celebration in the middle of Metropolis. In Metropolis, men and robots live and work together. At the celebration, a rogue robot is killed for leaving his sector. The robots are beginning to lash out for more independence and humans have found themselves on both sides of the equation. In Metropolis, the huge city sits on top of a vast underground city. Everything is divided into zones. Kenichi and his detective uncle Shunsaku Ban visit the city from Japan. Shunsaku hopes to find the criminal scientist Dr. Laughton. Unbeknownst to them, Dr. Laughton has been working on a special project for Duke Red who is the leader of the city and part of the ultra rich. The secret project is a robot likeness of his daughter Tima who had died years earlier. Duke Red has plans for Tima that could rock the foundations of the city. When Duke Red’s adopted son Rock discovers the scientist’s lab, he executes Dr. Laughton and destroys the lab. Kenichi manages to rescue Tima and they flee from Rock in hope of making their way back above from the underground zones.

It is impossible to talk about this film without first discussing the amazing amount of detail put into it. Rintaro and Otomo were painting the largest pictures they could dream up as far as the visuals are concerned. The visual effect of the cityscapes with the large crowds and the intertwining of 3D computer generated animations is some of the most mind-boggling and complex scenes imaginable. The techniques used in the film are impressive enough to warrant viewing the film. It is very rare that I watch a film that has this much visual impact. Rintaro mentioned in the special features that he introduced the digital to the analog cel techniques as opposed to forcing the cel techniques into the digital space. Whatever he did, the effect is glorious.

The storyline for the film is convoluted and meanders a little more than I would prefer. This makes sense given that the source material was fifty years old at the time and had not been properly finished fifty years earlier. I feel like the final thirty minutes of the film brings everything together in a way that the first hour is incapable of achieving. By the end of the film, all shortcomings are forgiven thanks to an amazing finale that delivers on every level. It is one of the most impressive final acts that I have seen in a long time.

The packaging itself is absolutely beautiful and holds its own against anything that Mondo has put out. The artwork is gorgeous on the inside and outside of the box. The steelbook comes with one Blu-ray and one DVD. The Blu-ray only contains the film and the special features are on the DVD disk. While this is more than likely a cash-grab by Mill Creek, it is still a good-looking cash grab.

Mill Creek presents Metropolis with an AVC encoded 1080p transfer in 1.85:1. Thanks to Mill Creek including the DVD release of the film alongside the Blu-ray, I was able to do an actual comparison. While I feel confident that this is more than likely the same Sony transfer from the MOD disks, and there is some specking, this transfer looks much much better than the DVD version of the film. Fine detail for the most part is very good but there are some scenes that are strangely soft-focus and throw off the integrity of the release. Overall, I would have loved a 4K scan, but this is probably the best that this film is going to look in the near future. Fans should be pleased overall.

Metropolis features a lossless DTS-HD Master Audio 5.1 mix for its English dub and a lossless LPCM 2.0 mix for the original Japanese language track. While both tracks sound great, the English track is much more immersive and robust. The surround effects in the English track are not as good as on some anime releases, bu they are pretty good. When the Ray Charles song in the finale plays, the track really takes off!

None of the features are on the Blu-ray, all are located on the included DVD.

Metropolis is no-doubt a great film. This release is also more than likely a cash-grab, but when you get to own a classic anime in a beautiful steelbook with much better specs than the DVD, what is there to really complain about? I have no doubt that the visual side could have been tweaked slightly and the surrounds could be made more robust, but for the time being this is the best that this film looks and sounds. The steelbook is also very affordable currently. My recommendation would be to add this to your collection before it goes out of print and that steelbook leaps in price. 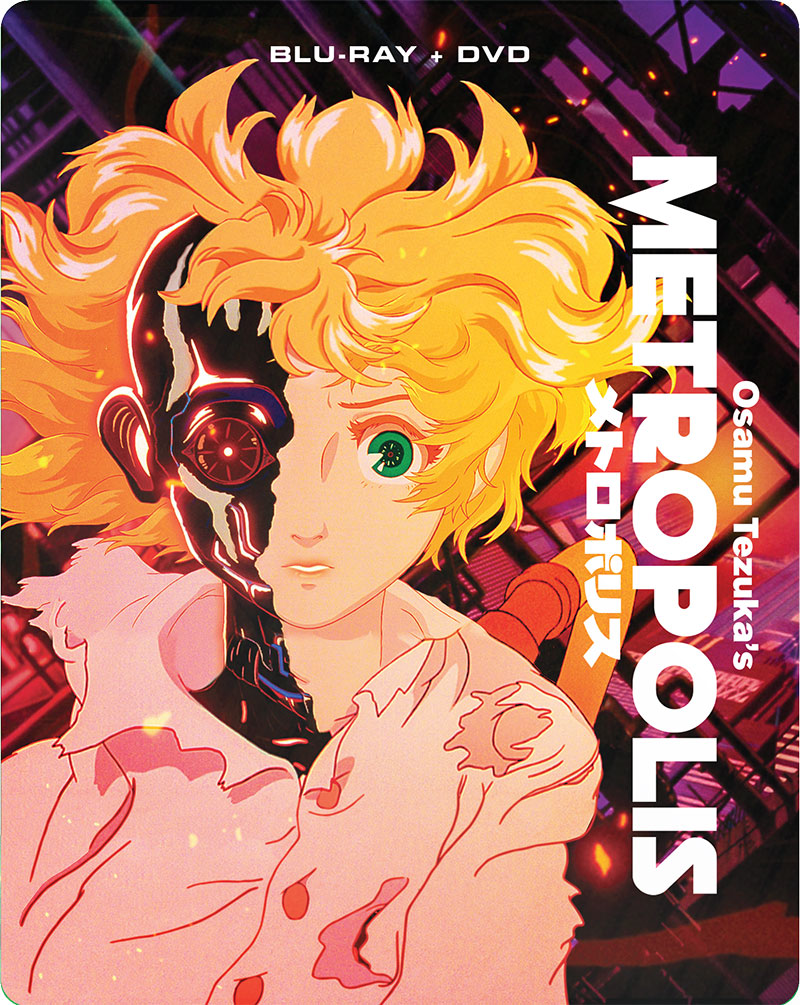