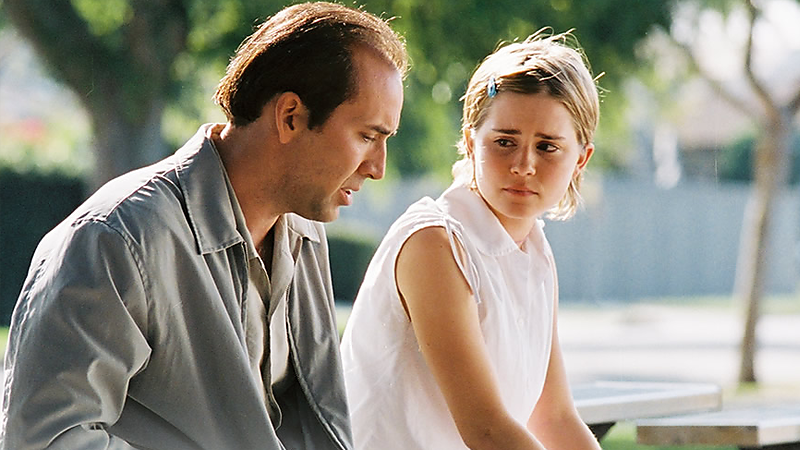 The world knows Ridley Scott for his more popular movies like Alien, Thelma & Louise and Blade Runner. Of course, he was shunned at the Oscars a few years ago when his “Gladiator” won statues for Best Picture and Best Actor (among others), but he was left high and dry when it came to Best Director. He was even up for another Oscar the next year with Black Hawk Down, but if he didn’t win the year before; the odds were slim to none that he’d walk away with the statue that year. He didn’t. With Matchstick Men, he went back to his more quirky roots and delivered one of the more entertaining movies I’ve seen in a while. Nicholas Cage, Sam Rockwell and Alison Lohman make up the cast and if these three don’t have chemistry, then I don’t know who does. As good as Scott’s movies are, though, this didn’t seem to fit his persona. He’s delivered great War and Science Fiction movies and the closest thing I can think to compare this movie to is The Grifters or The Sting. Maybe it’s something about movies about con men.

Nicholas Cage plays Roy, a man who I would describe somewhere between Dustin Hoffman’s character in Rain Man and Jack Nicholson’s character of Melvin from As Good as it Gets. This is an odd combination, to be sure, but a fitting description to characterize his nature. Roy and his partner Frank (Sam Rockwell) are con men. They’re not the low end cons who try and get change for a $20 when they paid a $10, but rather the kind who go after wealthy businessmen and cold call people telling them they won a trip to Hawaii. This pays the bills and allows them to lead a good lifestyle, but Roy describes that his conscience does get to him. After losing his pills, Roy visits a psychiatrist (Bruce Altman) to try and get his prescription refilled. Through a series of events, Roy is able to get in touch with his long lost daughter (Alison Lohman) and his life changes when he learns that he is a father. Angela (Lohman) isn’t your normal 14 year-old, she seems pretty cool with her father’s ticks and constant cleanliness, but she’s also a teenager and has thrown a “wrench in the works” of Roy’s life. But all of this is just the setup for what the movie is really about. Frank and Roy are trying to take local tycoon (Bruce McGill) for a large sum of cash. They exchange amounts of his foreign currency and, in a bit of financial trickery, are able to skim the money off the top and pocket the profit. They’re attempting to clean him out and make a huge score.

Now as one might imagine, things don’t always go according to plan. After all, what fun would there be in watching something if things went as they were supposed to? To say any more might be to spoil the movie; well it would spoil the movie. Suffice it to say that Cage is better here than I’ve seen him in a long time. He has the right temperament for this role and manages to pull it off. I even found myself laughing out loud several times at his mannerisms and obsessions. Cage isn’t alone, though, as Sam Rockwell plays his part with a “cat ate the canary smile” and is most entertaining in doing so. He’s the perfect polar opposite to Roy and the scenes with both actors in them are among the best in the film. While this was a critically-acclaimed movie, it somehow got looked over when it came to the Oscars. The screenplay by Nicholas and Ted Griffin is funny, with just the appropriate amounts of drama mixed in. Ridley Scott has shown time and time again that he’s one of the more talented men behind the camera and Matchstick Men is certainly no exception. For fans of the genre, director or the actors; this one is a no-brainer.

This is a pretty interesting film to look at and any fan of Ridley Scott’s knows that he’s got a gift when making a film. The 2.40:1 AVC HD image is certainly a step up, visually, form the DVD with detail being the main highlight. Cage’s character has an aversion to the outdoors (among other things), so we’re treated to a lot of interior shots that don’t really suffer from the lack of natural light.  Contrast is strong and works well with the layers of black. The biggest improvement is the overall clarity that gives the film a more 3D and “film” like look to it.

The included DTS HD Master Audio soundtrack is also a bit of a step up from the DVD, but it’s not a night and day difference. For the most part, though, the soundtrack is limited to the front three channels and the surrounds are only active a few times throughout the movie. Dialogue is crystal clear. The front channels bear the brunt of the songs played throughout (a mix of jazzy 50’s songs by Sinatra and the like – think Swingers) and they all sound great. There’s not much more to say, a fairly standard-sounding track here and again, viewers won’t be disappointed.

Though no new supplements have been added from the 2004 DVD, the ones that were there have been ported over to this Blu-ray.

Ridley Scott might be one of the hardest-working and most successful directors working in Hollywood. His range in films goes from all our horror (Alien), to science-fiction (Blade Runner) to epics (Gladiator). This is a bit of an offbeat film for Scott, but Cage is in rare form and any film with Sam Rockwell is certainly worth seeing. Though no new supplements have been added, this is a relatively cheap disc and deserving of a spot on your shelf. 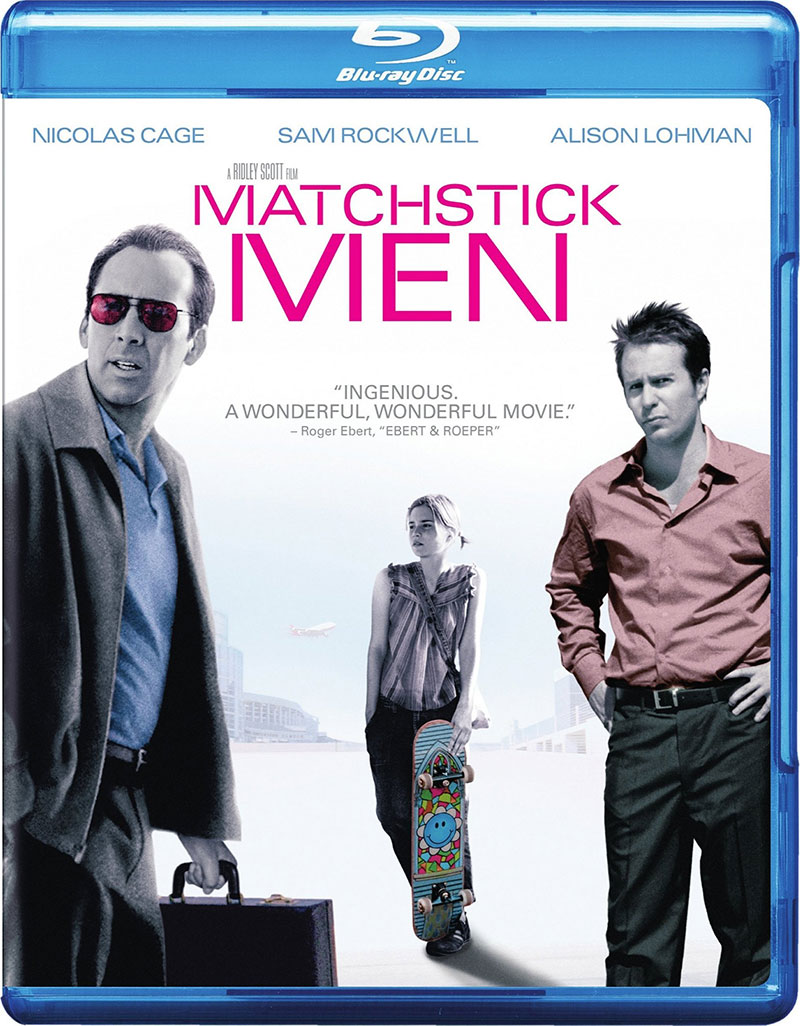