Never let it be said that you don’t have to be smart to pull off a crime. Now getting away with it is another story. I’d heard of the movie Masterminds in the sense that it looked like it had a somewhat decent cast, full of top notch comics. Looking at the movie based on that alone, you’d think it would be a comedy. And, in a sense, you’d be correct. But in another sense, it’s kind of depressing and each of the comedic leads has shown (in other films) that they have the range to do both comedy and drama. What Masterminds does is somewhat marry the two genres all the while telling the tale of the second largest robbery in the United States. Sounds like a job for Zach Galifianakis, right? Or Kristen Wiig? Or Owen Wilson?  Hmmm…well, let’s give it a shot shall we?

David Ghantt (Zach Galifianakis) is a driver for Loomis Fargo, an armored car company. His would be wife, Jandice (Kate McKinnon) isn’t exactly the ideal catch, but she seems moderately happy in her double wide trailer. But David has a thing for his co-worker, Kelly (Kristen Wiig). However she’s fired and it’s brought to the attention of her (Kelly’s) boyfriend, Steve (Owen Wilson) that they should, in fact, rob Loomis Fargo. After all the money is there, just put it in the truck and drive away. Simple, right? But the lynchpin is David and his feelings for Kelly and this is what Steve and his cohorts use to get David to play along. The robbery is the easy part, but it’s after that where things get interesting…

The thing with Masterminds is that there’s a ton of comedic talent that leads the way. But the problem is that this isn’t really a comedy. Yes, they all have their South Carolina’ish accents down to a tee and, I suppose, that in itself could be construed as funny, but it’s not. Lest we forget that both McKinnon and Wiig made up half of the 2016 Ghostbusters film, so as I mentioned – there’s no lack of star power. And director Jared Hess is no stranger to success either, having directed Napolean Dynamite back in 2004. But what’s missing and/or lacking is a cohesive plot. It feels like the movie is just a series of scenes with nothing to hold them together. While not a bad movie, it’s not something that I’d rush out to see and/or buy. A few funny scenes aside,Masterminds succeeded in giving me a headache.

Presented in a 1.78:1 AVC HD transfer, there’s really nothing complain about visually. This being a new to Blu-ray film, I was hard-pressed to find a fault with the image. Colors looked bold and bright, detail is far above average (you can see every hair in Zach Galifianakis’ beard) and the movie seemed to convey a warm sense of depth. I really can’t find anything negative to say about the way this looked and it’s nice to see a movie fill my entire screen for a change. How about that?

Likewise the included DTS HD Master Audio soundtrack has a few moments (tires squealing, etc.), but nothing that really stood out as being amazing. Vocals are pure and crisp and Galifianakis’ southern accent is borderline offensive it’s so realistic. The front stage carries the majority of the sound while the surrounds offer an ample sampling during some of the key scenes. No real complaints here, either.

This is the first Fox title in quite some time that doesn’t have a UV code associated with it. I don’t know if this is a sign of things to come or not, but I did find it odd.

Despite an experienced, top notch comedic cast, I don’t think the movie was approached with the right intent. I felt this would have been a better drama as opposed to a comedy. Still, it’s not that bad, but there are others in teh same genre that are more entertaining. Visually and sonically it’s fine, but even the lack of a UV code might deter some from picking this one up. 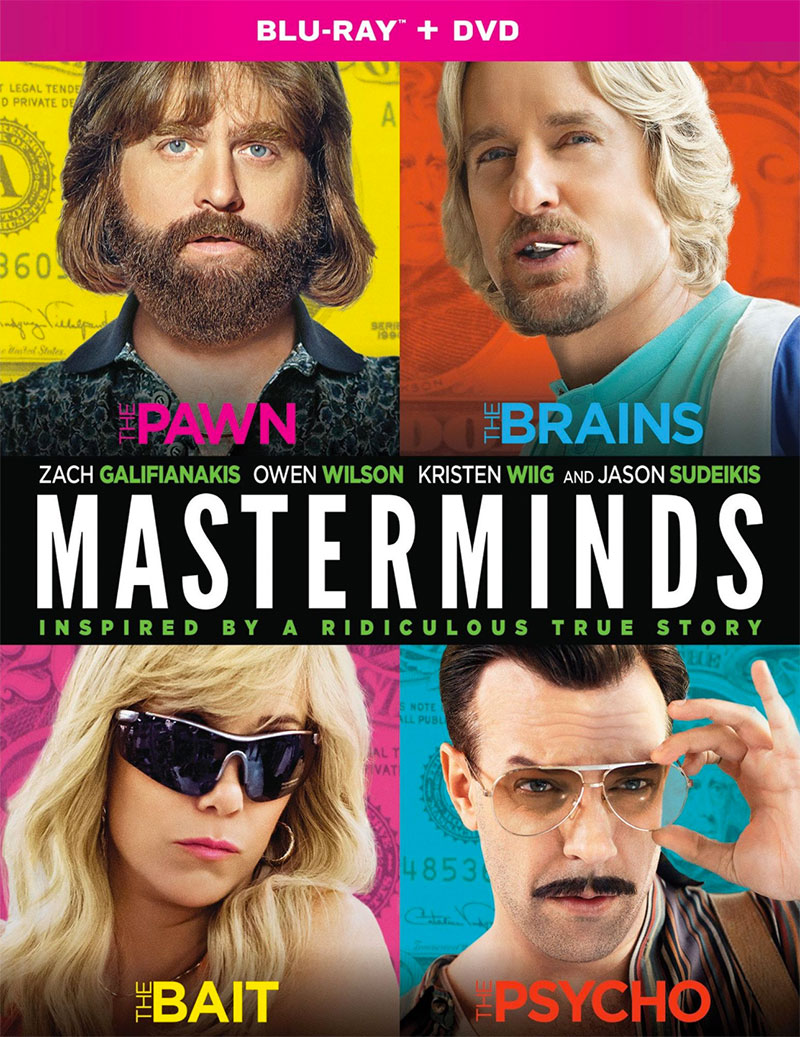