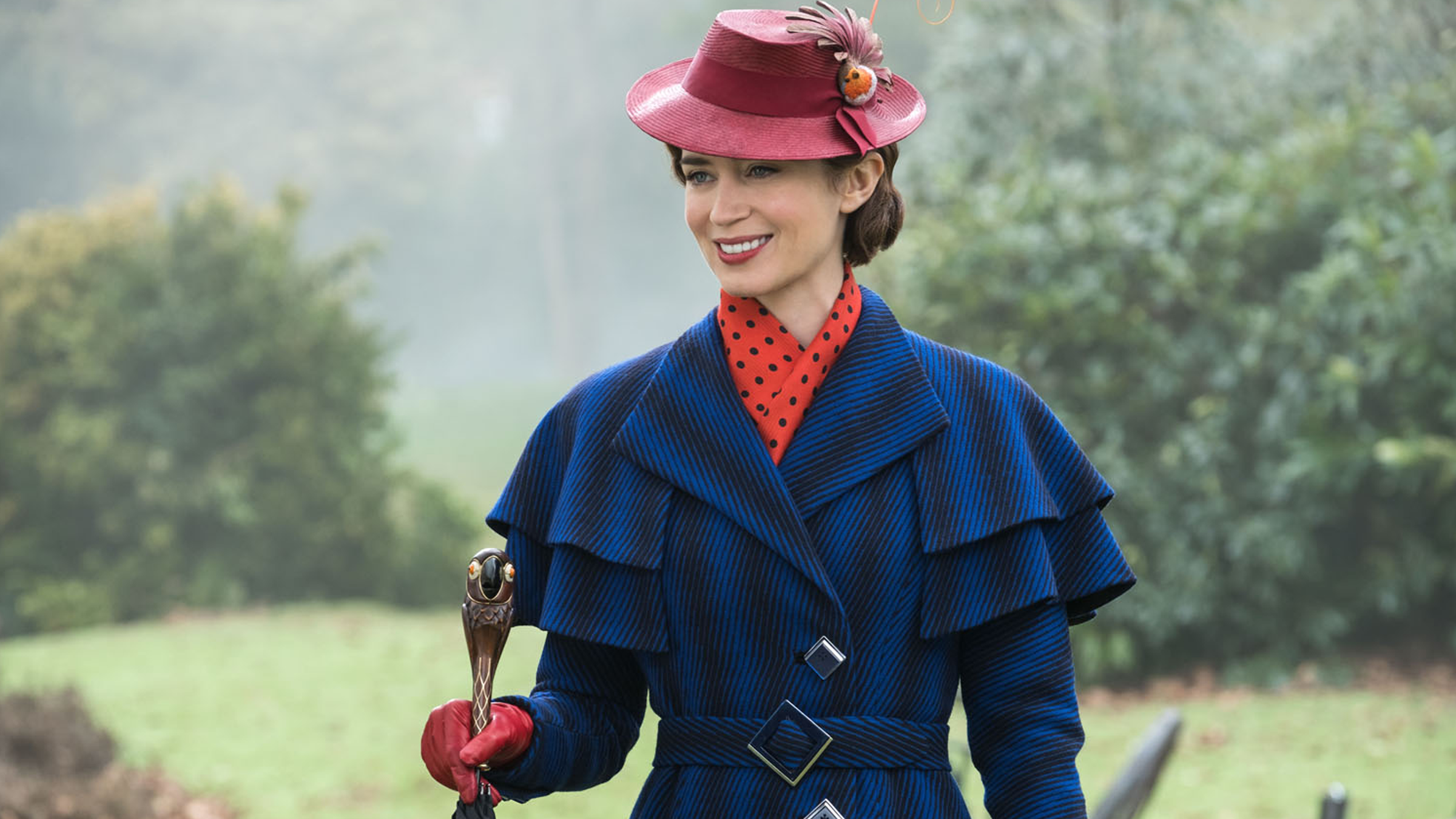 Disney is in need of money. Wait, no they aren’t. Recently, they’ve discovered a formula: make live-action films out of their classic animated films and rake in even more cash. It’s working (so far). But what of those films from the “Golden Age” that were already live-action? None were more beloved than Mary Poppins which teamed Julie Andrews with Dick Van Dyke and gave us some songs for the ages. Over five decades have passed since we met the titular character, so it was time to introduce her to a new generation of possible fans. The story remains the same…sort of.

Michael (Ben Wishaw) has just lost his wife and now stands to lose his house along with his three children: John (Nathanael Saleh), Georgie (Joel Dawson) and Annabel (Pixie Davies). His sister, Jane (Emily Mortimer) does her best to offer support, but realizes that there’s very little assistance she can offer. But true help does finally arrive in the form of his former nanny, Mary Poppins (Emily Blunt). Her entrance from the sky on a kite is, certainly, the thing dreams are made of. She helps with the children all the while Michael tries to find an elusive stock certificate so as to erase his debt. Mary and Jack (Lin-Manuel Miranda), who has grown fond of Mary, team up on a series of adventures with the children in tow and encounter many whimsical, colorful characters.

When it comes to movie musicals, for me it begins and ends with two films: The Wizard of Oz and Singin’ in the Rain. I like others, but if I could choose only a couple, it’d be those two. Sure, I can toe tap to tunes like “Chim Chim Cheree” and “A Spoonful of Sugar”, but give me “Somewhere Over the Rainbow” or “Moses Supposes” any day of the week and I’ll be in heaven. There’s a lot to like about Mary Poppins Returns and Emily Blunt does a fine job. She’s no Julie Andrews, but I don’t think anyone was expecting her to be. While no substitute for its predecessor, the film has enough of the ‘ol Disney magic to merit a viewing.

Essentially everything you could fit into a motion picture is covered here with the opening sequence being set in what we all think London looks like (dark and dreary). Thankfully, the colors come out in full force and the 2.39:1 AVC HD transfer starts to show its literal “true colors.” And yes, there’s an animated sequence for nostalgic purposes. Or maybe it’s just the way they wanted to do things? In any case, Mary Poppins Returns does look the part with sharp, detailed images and strong contrast in most scenes. There’s not a lot to find wrong with the way this looks and with it being a new-to-the-format disc, viewers should be giddy with excitement.

There is a 4K version of this film that contains a Dolby Atmos mix, but alas we were sent the Blu-ray. ‘Tis ok. We’ll get over it. And, to be frank, the included DTS HD Master Audio 7.1 mix isn’t at all bad. There are songs galore that will give your speakers a workout and you’ll hear more English accents than you can shake a kite at (can you actually shake a kite?)! Directional effects are in full force here, the center channel sparkles with vocals galore and the surrounds add an extra layer of ambiance to brighten the mood. It’s a Mary Poppins (Returns) for cryin’ out loud! It’s got sound good! And it does!

It’s a little long and it’s certainly nowhere near as enjoyable as the original, but this is Mary Poppins for a new generation. Rob Marshall can make a great musical (Chicago), but I felt this one ultimately fell a bit flat. Still, the target audience will most likely get a kick out of this and should be good enough to entertain the family – once.