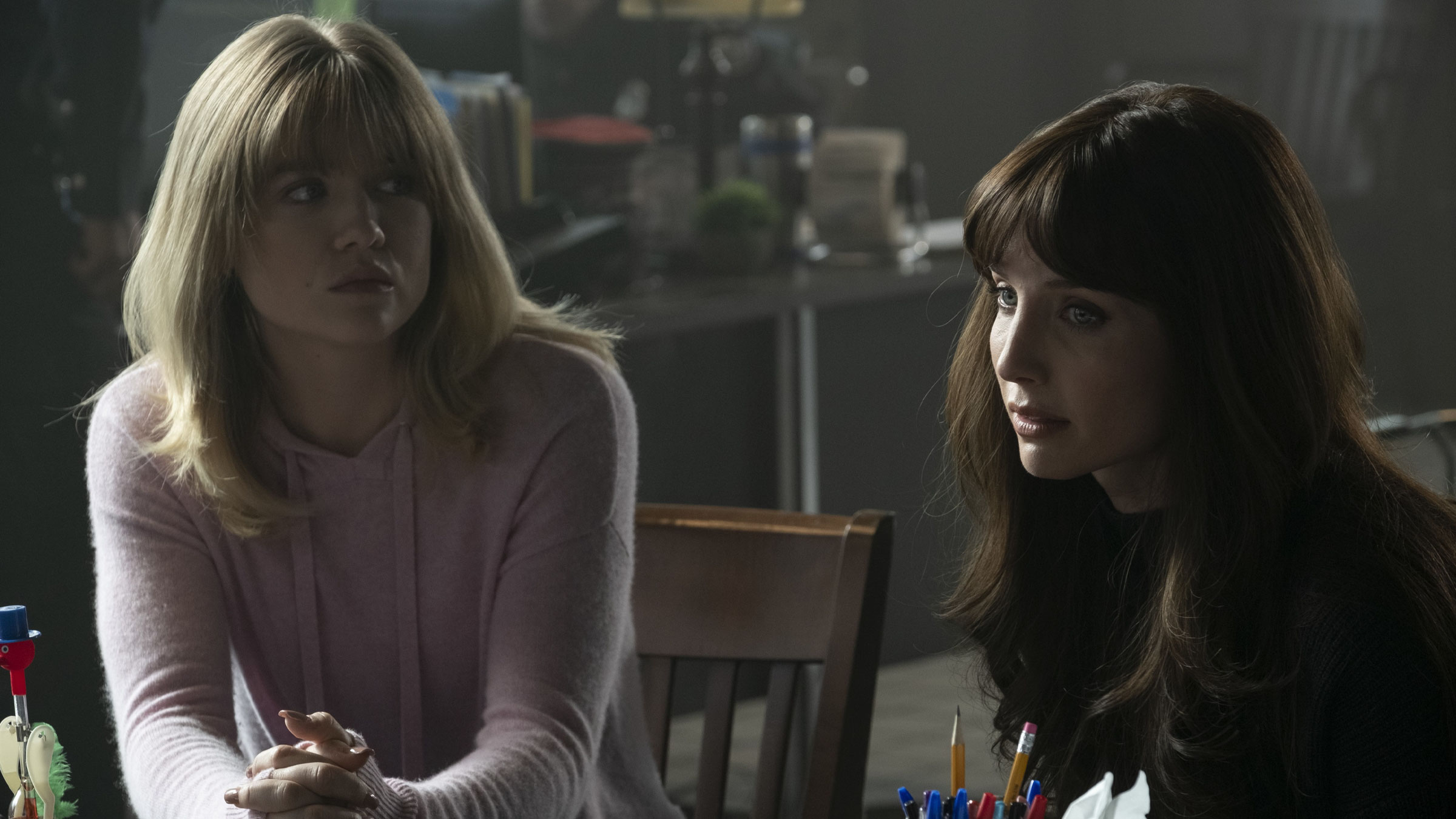 “It’s time to cut out the cancer.”

James Wan is no stranger to horror films. In 2004, he gave us Saw – the one that started it all. And, several installments and a few spinoffs later, the franchise is still chugging along. Likewise with 2013’s The Conjuring, it too served as a springboard for an entire universe of horror-inspired films. We can forgive him for Insidious and maybe even Furious 7, though it’s quite the feat to direct a horror film and a “Fast and Furious” film in one resume. With Malignant, Wan comes back to his roots – a new and unique horror film that has more to it than meets the eye. It’s a testament to Wan and the millions of dollars he’s made Warner Brothers, though, that he was likely able to convince them to finance this new thriller. Was it money well spent by the studio? Let’s find out.

Madison (Annabelle Wallis) has been abused by her husband Derek (Jake Abel). She loses her baby and Derek is killed by something that can only be described as a shadow. In the film’s prologue, we get a glimpse of something that’s happened to Madison in the past and, as a result, we see some of those same faces get their comeuppance in a most violent way. There seems to be a connection between the murders and Madison seems to be able to see them as they take place. Two Seattle police, Kekow Shaw (George Young) and Regina Moss (Michole Briana White) try to figure out what’s going on. All the while Madison’s sister, Sydney (Maddie Hasson) tries to shed some light on what’s going on.

And that’s it. That’s all you get. For me to tell any more would be to compromise the plot and I don’t want to do that. The less you know, the more fun you’ll have.

I’m always up for a good scare and while I don’t know if this one really succeeded there, it did keep my interest. Oddly, I’d chosen to watch another horror film the other day, Final Destination, in which the main character was able to “see” the deaths of his friends coming. Maybe it was meant to be that I’d pick this one that shares that same trait? No matter which side of the fence you’re on, we all know that James Wan is a talented writer and director and horror is his bread and butter.  I wasn’t sure what to expect in the film’s third act, but suffice it to say that it’s…unique to put it lightly. Nevertheless, Malignant should provide enough entertainment for its 111 minute running-time to keep even the most rabid fan at bay.

Having watched this on HBO Max in 4K, I was curious as to how the Blu-ray would hold up. As it turns out, the image is crystal clean and sharp throughout. Malignant is beautifully shot, with Gaillo-influenced uses of color that serve to accentuate the strangeness of the plot. Couple that with the “Hitchcockian” way he uses to tower over the interiors of a home (as if the camera is flying) and we’ve got a very visually-aggressive picture. The 2.39:1 AVC HD encode makes use of the entire screen and if you’re familiar with Seattle, you’ll see plenty of landmarks along the way. Detail is amazingly sharp, not something that is always a positive when you see the faces of victims caved in from multiple stab wounds. Nevertheless, if it’s a good-looking picture you’re after – look no further.

Like the video for this film, we “lose” the Dolby Atmos mix as it’s been replaced by a DTS HD Master Audio one (standard on most Warner Blu-ray’s). Then again, as it stands, this one had a few moments (as is the case with most horror films) that really took me by surprise.Vocals are clear and crisp, surrounds used sparingly yet effectively and the film has a strange ambiance that presides over the entire running time. Sound, in this case, is movie’s friend. While not over the top and/or in your face, Malignant provides us with more than enough to keep us going.

We lose some of the supplements that were offered with the HBO Max version, but they really weren’t that great to begin with.

While not perfect and not his best work, I still found Malignant a good use of my time. I’ve been a fan of Wan’s horror work for a long time and he clearly “gets” it. That and having just visited Seattle a few years ago, there are some pretty good shots of one of my favorite towns. The Dolby Atmos and 4K presentation from HBO Max has been replaced by a DTS HD Master Audio mix and a Blu-ray transfer, but it’s just about the same.