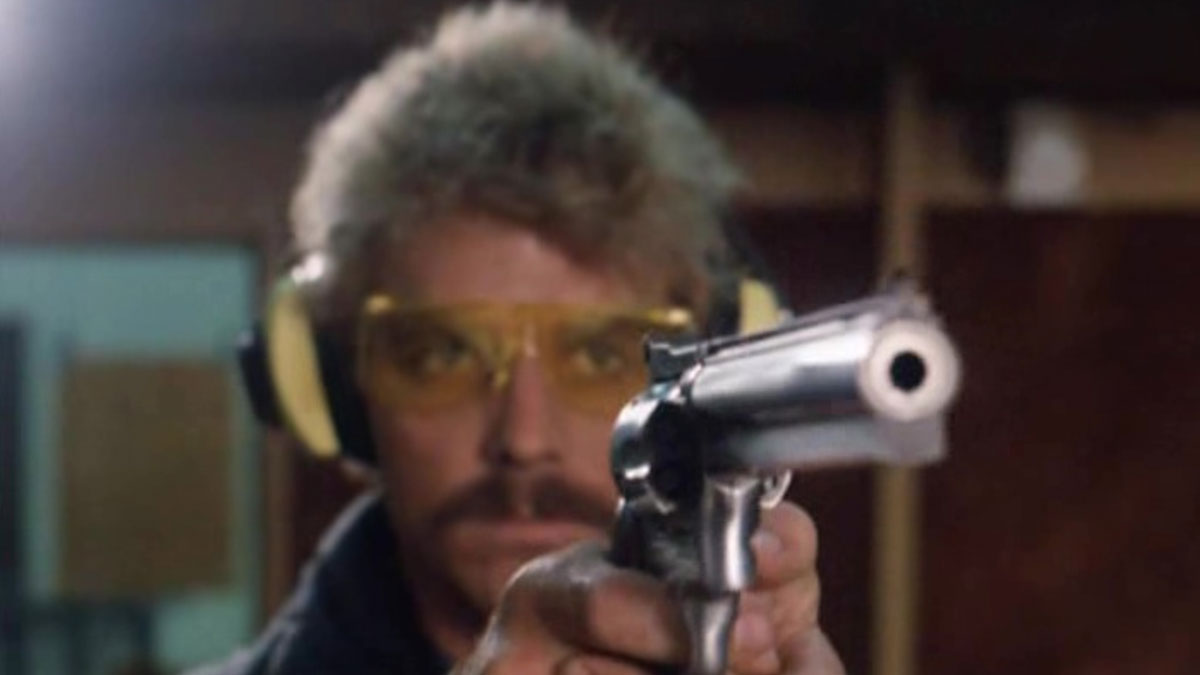 It’s interesting in this day and age to see a film from 1985 that involves a computer company selling secrets to Russia. Unless you’re living under a rock, it’s next to impossible to not have heard at least something about Russian collusion, something that’s been talked about for well over 2 years now. That little tidbit was amusing to me, but Malibu Express is a B-movie through and through. In fact, there’s only the thinnest of plots, which are basically an excuse for endless action and tons and tons of nudity. Two things I’m certainly not opposed to, especially if the nudity is from attractive females. When I saw the solicitation for this film as well as Hard Ticket to Hawaii, I couldn’t pass it up. I know nothing about Andy Sidaris or the kind of films he makes, but after viewing Malibu, I have a general idea. I was reminded a bit of the films of Roger Corman, though it’s been some time since I last saw one of his. While the film did entertain me while I was watching it, I don’t feel the need to seek out more films from the Sidaris filmography. A little of this goes a long way, but it’s certainly a nice change of pace from what I usually review.

Cody Abilene (Darby Hinton) is a sharp, self-proclaimed private eye who was born to a wealthy Texas family. He lives on a yacht and seems to get any girl he wants. He’s hired to investigate a murder, but this only opens up several more doors as the film progresses. He has many close encounters as well as being unsure just who to trust. He narrates the film, but I felt the narration was more of an excuse to fill in the blanks that the plot can’t. He’s partnered with Contessa Luciana (Sybil Danning) and Officer Beverly McAfee (Lori Sutton). The plot is eventually revealed and the mystery solved, but the plot just isn’t what’s important in a film like this.

Malibu Express is the kind of film that knows exactly what it is and doesn’t pretend otherwise. It moves along nicely and kept me with it, even if the plot was more convoluted than it needed to be. As much as I enjoy the things on display, I must admit that it all grew a bit tiresome before the closing credits. Still, for fans of this sort of thing, it delivers on the promise of plenty of action and nudity. If that’s your thing then this film is for you. For all others, you’d be well advised to look elsewhere for entertainment.

The back of the case mentions this being a 4K widescreen restoration, but the transfer leaves a lot to be desired. Since this marks my first viewing, I can’t comment on previous versions, but there was some pretty apparent wear and some grain, but it does seem something of an effort was made to polish this up. I just expected a sharper image overall, but this is likely the best we will get, so it’s hard to complain too much. The image is AVC encoded with a 1.85:1 ratio.

The DTS HD 2.0 track is serviceable, but like the transfer, it could be better. There’s still the clarity I expect, and while a 5.1 track would’ve added some depth, this is still worthwhile. Vocals have enough clarity that we can follow along. While not great, it works well enough.

While not something I think I’ll revisit, there’s a clear fan base for this film. It delivers on the B-Movie promise. This new disc deliver passable Audio and Video and a few supplements. For fans of the film, check it out. All others should consider a rental before purchasing.