I’ll confess that until this review, I had never seen Maid in Manhattan in full. It airs pretty often on TV and I catch bits and pieces, but never have I seen it in its entirety. We don’t get a lot of films like this anymore and I felt I wanted to give it a shot. I’ve enjoyed what I had seen of it, but it’s nice to have seen it from beginning to end. With Jennifer Lopez and Ralph Fiennes in the lead roles, it’s an easy film to be absorbed by and enjoy. Sure, it’s predictable and familiar, but it’s easy going and harmless as well and moves along quickly.

Jennifer Lopez plays Marisa Ventura, a single struggling mom raising her young son. She is a maid at an upscale Manhattan hotel. It’s there that she eventually meets Christopher Marshall (Ralph Fiennes). Her son Ty (Tyler Posey) who is obsessed with politics, meets Marshall one day when he takes a liking to his large dog. He asks his mother if he can go play outside and she comes along. It’s there that she chats with Marshall and gets to know, but she lies about what she does for a living. Indeed, she is embarrassed to say that she is a maid at the hotel. After a date in which the two fall in love, it’s revealed what Marisa does for a living and the future for these two people from very different backgrounds is uncertain, despite their love for one another.

One can likely assume where a film like Maid in Manhattan will lead, but that doesn’t matter, because we like these two characters and hope they have a promising future together. This kind of film generally isn’t my cup of tea, but this one works better than most. I feel it’s because of its sincerity and refrain from going for cheap gags and lowbrow humor. Sure it’s predictable, but there’s a genuine vibe to it. Lopez and Fiennes have great chemistry, and I like that Fiennes doesn’t try too hard. There’s a nice understated aspect to his performance that is most welcome. Maid becomes a winner.

With a 2.40:1 transfer, we get a passable image, but it never became eye catching. It’s not bad by any means, but just rather basic in its look and colors. Details are fine and it’s free of grain, but I felt it could’ve been brighter and sharper overall. Still, the results could’ve been far worse, so I won’t complain too badly.

We get a solid DTS HD track here. Vocals dominate, but there’s music and some city noise as well as banter throughout the hotel and other things. I enjoyed the clarity of this track. It won’t be a disc you’d want to show off your system for, but it presents the film in a positive manner.

It’s a formula picture, but that’s not always a bad thing. This review marks the first time I’ve seen Maid in Manhattan In full, but I’m glad I did. Romantic comedies generally aren’t my cup of tea, but this one worked for me. I think it’s the sort of underdog, fish out of water aspect that helped things here. That and the natural and easy chemistry the two stars had help make this one a winner. 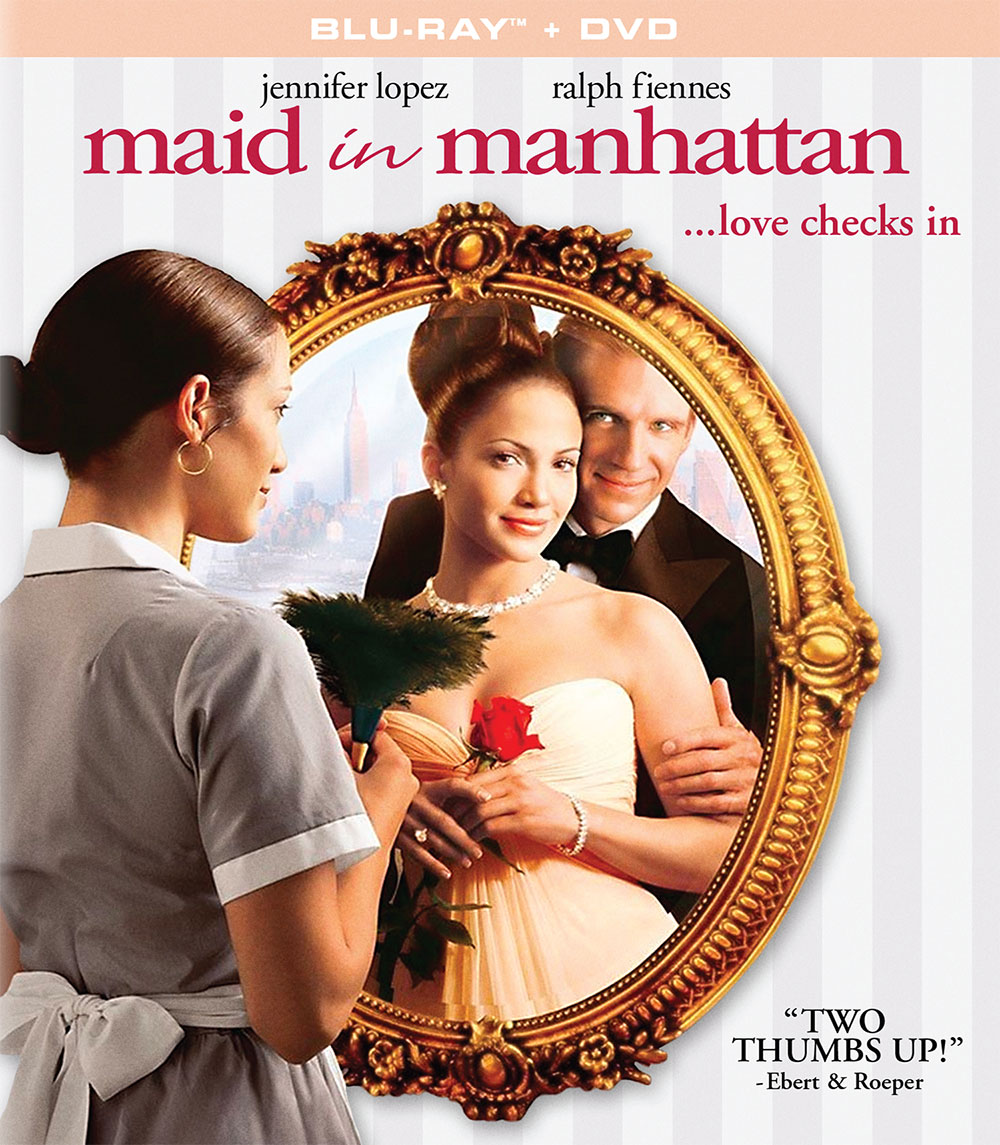