Made in America (Blu-ray)

Made in America is a musical Documentary Directed by Ron Howard. It’s a backstage look at the concert tour created by rapper Jay Z. Several artists are featured here including Peal Jam, Passion Pit, The Hives, Run – D.M.C., and Jay Z. himself, to name a few. There’s a lot of talk about the American Dream and how hard times are in today’s world. We get to see only a few performances in full, but the majority of this features concert footage inter-cut with interviews with several musicians. Ron Howard interviews the participants, but there’s surprisingly (or unsurprising depending on your expectations) little depth to any of this. Maybe the problem I had is that I’m not particularly fond of many of the bands featured here. I do enjoy Pearl Jam, but the other acts don’t do much for me. We see a few of the locals talking about trying to make ends meet. A few of the artists also give brief backgrounds into their early life and what drove them to music. Some of that is mildly interesting, but the focus is never clear. Each time we’re treated to a musical performance, it quickly cuts away to another interview segment. I would’ve preferred either longer interviews or longer performances. The way it’s presented things are presented here don’t flow smoothly.

I admit that I am a fan of Ron Howard, but he seems a bit out of his league here. I really can’t see what drew him to this project, and that might be why the final product is so lacking. There’s really little point to anything seen here. I can appreciate the message about following your dreams and how the music industry has changed over the years, but that message is pretty heavy-handed here. Too often, things simply feel cheesy and preachy here. Jay Z. seems likeable enough, but there’s just not much substance here. As a documentary, it lacks depth, and there’s too little music to qualify it as a successful concert film. To put simply: it just doesn’t work. I admire that the artists here followed their dreams and enjoy what they do, but I wish some of that translated in this documentary. Skip it.

The transfer looks fine. The image is nice and clean with no major issues to speak of. When Pearl jam performs you can see singer Eddie Vedder sweating profusely. There are also strong details on several of the audience members. This certainly isn’t a visual film, but the transfer gets the job done. The image is AC encoded with a 1.78:1 ratio.

The Dolby Digital 5.1 track displays nice range. The musical performances are the highlights here, but the interview segments also have a nice clarity to them. The rears also kick in when the crowd sings along to a few songs. The bass kicks in on occasion as well. Like the transfer, this track serves the film nicely. Fans will be pleased.

Nothing here outside of some previews that play before the main feature. 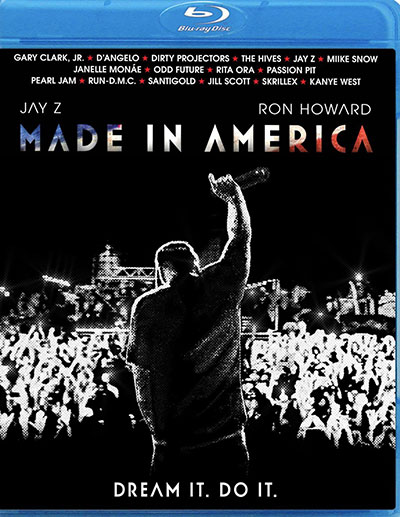