George Miller had made a small independent action film in 1979 starring a then unknown Mel Gibson for roughly $400,000 dollars. That film went on to gross $100,000,000 and was the greatest profit to budget ratio of any film until The Blair Witch Project. Capitalizing on the great success of Mad Max, Miller set out to make a very different film with The Road Warrior.

The Road Warrior benefits greatly from a much bigger budget. Miller was able to depict a world that has run out of gasoline after destroying itself in wars. The previous film could only hint at the post apocalyptic vision that Miller held, and The Road Warrior fulfills that vision. Both Mad Max and The Road Warrior are fairly gritty and have amazing stunts, but The Road Warrior easily outshines the original in its ability to create a fully realized world.

The plot of The Road Warrior takes place a little after the end of the first film. By the end of the first film, (spoiler alert) Max has lost his wife and child and has exacted revenge on those that took their life. Having exacted revenge, Max has headed to the highways to live a solitary life. Drifting through the barren wastelands, Max and the other people left on Earth are scavengers that can only survive on the scant remnants of gasoline still left. Max has become a scavenger of sorts, taking gasoline wherever possible. He stumbles across a small village of survivors that have set up shop around a gasoline refinery. The people are plagued by a large group of sadistic motorists that kill all those who try to leave the town. Max originally deals with the townspeople by receiving gasoline for returning their dead to them, but soon finds himself helping them.

The goal of the second half of the film is for Max to drive a tanker of gasoline away from the refinery and lead the people out of harms way. The last thirty minutes are an absolute blast. It is easily one of the best chase scenes ever filmed and one of the most amazingly well orchestrated stunt films ever made. All of the stunts are real and dangerous. It has to be seen to be believed.

On top of being a great film for stunt work, The Road Warrior spawned a million clones (Waterworld, anyone?) and stands as one of the most imaginative outings in science fiction cinema. It’s the best of the three films in my personal opinion and definitely worth a purchase if you like this type of genre.

I originally watched this film on the original 2007 Blu-ray release and can say that there is a small but noticeable uptick in quality in the 2013 release, so make sure you buy the most recent release. The great news is that the film looks really good on Blu-ray. All of the Mad Max films have a color palette that tends to be brownish and gray due to the outback conditions, but fine detail is strong on all objects. Don’t expect a colorful film and I think you will enjoy the results. I still prefer the way that they shot the original Mad Max film, but The Road Warrior fans should not worry about if this is the version to own. Just like the previous film, there are a few areas in the film where quality will drop for a second, but it will not get in the way of enjoying the film. This is a very solid transfer of a niche catalog film from Warner Bros.

The audio has been significantly improved from the 2007 release in the newer release. The Road Warrior is incredibly bombastic for a film that was released almost thirty five years ago. Surround activity is consistent and present. Kudos to Warner on the fantastic job they have done here. Roaring engines and the score blend together for a great experience. I think that the final chase scene in particular benefits from the upgraded audio. Fans are going to love it.

Mad Max is a lot of fun to watch, but The Road Warrior is much better overall. Personally, this is my favorite of the original trilogy. The transfer that Warner Bros have put out looks and sounds great and represents a significant upgrade over the 2007 release. I double dipped, and I am confident in recommending purchasing the 2013 release over the 2007 release. I feel confident in giving this film a firm recommendation. Go out there and get it! 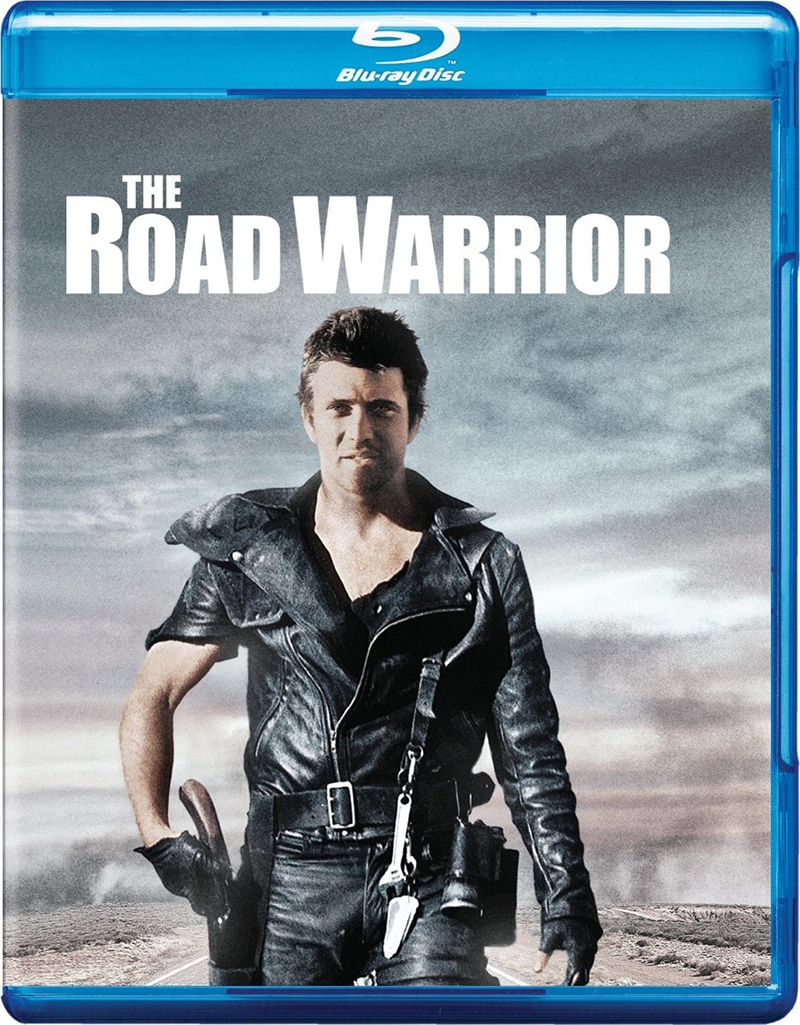