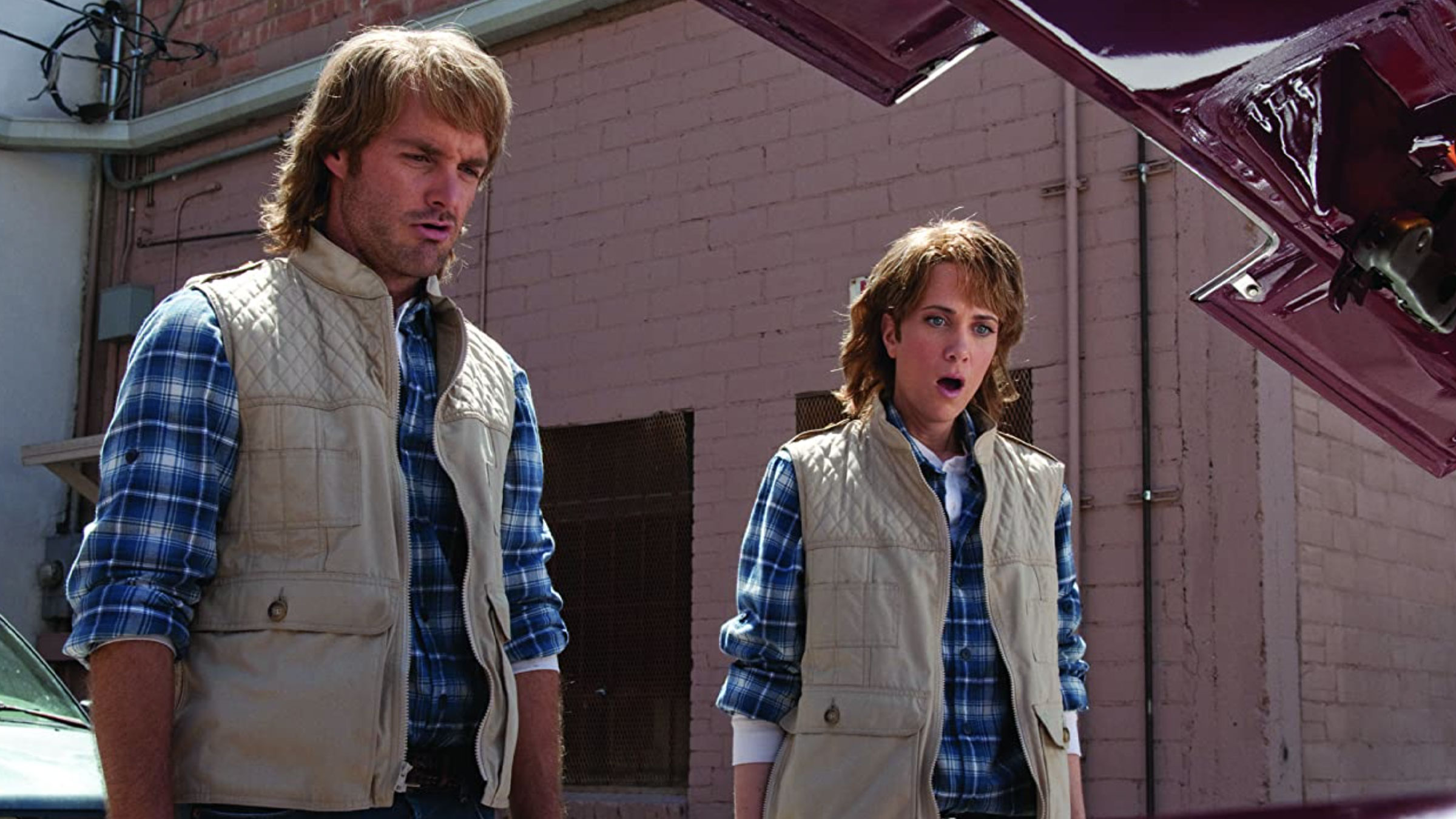 You can thank The Blues Brothers and Wayne’s World for the plethora of SNL skit-based movies that, for some reason, keep popping up. I mention those two as they’re essentially the only two that are somewhat acclaimed and managed to make a boatload of money. These paved the way for other SNL skits-turned-films like It’s Pat, The Coneheads, The Ladies Man and so forth. And, for those that don’t know, MacGruber is based on the late 80’s/early 90’s television show MacGyver. I loved MacGyver. I attribute it to my 1.0 GPA my freshman semester (I’d stay in my dorm room and watch endless hours of it, skipping class). The show was even rebooted by CBS in 2016. However, that aside, we’ve got another film that runs 5 minutes on an episode of SNL and the challenge is, of course, to turn those five minutes into 90. How do they do it? Well a terrorist with a bomb, of course.

If you’re a fan of the Stallone/Schwarzenegger films of the 1980’s then you’ll be right at home. We meet a highly-decorated veteran named MacGruber (Will Forte). He’s been called out of retirement when a former nemesis, Dieter Von Cunth (Val Kilmer) gets his hands on a nuclear warhead. His plans, obviously, are to use it for evil purposes. MacGruber assembles a hopelessly ragtag group to help him in his quest to stop Dieter with Vicky St. Elmo (Kristen Wiig) as well as Lt. Dixon Piper (Ryan Phillippe). This group will help track down the nuclear codes and will make the warhead utterly useless. On a somewhat related note, it’s revealed that Dieter was also responsible for killing MacGruber’s wife years earlier. This gives him more motivation to stop his nemesis. The question is…can he do it?

MacGruber wasn’t a total waste of time. It has some funny moments and I’m a big fan of both Will Forte and Kristen Wiig. I also like Val Kilmer, but having him in this film (even in a parody role) was just…odd. One of the movie’s saving graces is that it doesn’t take itself too seriously. It knows that it’s mocking the action/adventure films of the 80’s and that this is a 5 minute SNL skit turned feature-length film. And that’s the problem with these kinds of movies. You can tell that they’re just trying to drag them out into something that’s more digestible. Sometimes it works and other times – not so much. I’m on the fence as to which category this one falls into, though.

There’s nothing inherently wrong with the way this looks. Mill Creek isn’t one of those studios that goes back and painstakingly restores their catalog Blu-ray offerings. And if they did, I doubt that MacGruber would be at the top of their list (it isn’t). That said, the 2.35:1 AVC HD image looks fairly good. The film came out in 2010, so it’s not exactly an old offering. Colors are strong, as is contrast and I found black levels to be on the mark. Detail is sharp, as expected. I don’t know, something about the way this looked just came off looking…flat for some reason. That’s to say it looked good, but nothing about it totally wowed me. There’s nothing to complain about really, it checks the boxes but nothing more.

The DTS HD Master Audio mix has a little more charm than the video. And with a film of this nature, we can be certain that things will blow up (the entire concept of the SNL skit was based on the fact that MacGruber never actually managed to disarm bombs) so, yeah, things blow up. The surrounds and LFE do their part during these selected scenes and I was pleasantly surprised. Vocals are sharp and crisp, lacking any distortion. Like the rest of the film, it’s got some good moments but is ultimately unfulfilling.

Unless I’m totally missing something, this disc is void of any extras. Enjoy.

I remember trying to watch MacGruber when it first hit DVD and I couldn’t place why I never finished it. Yeah, it’s got some laugh out loud moments, but by and large I just found myself looking at my watch. Couple that with this Blu-ray has no features and isn’t even the unrated cut (a Blu-ray is readily available with supplements and a longer cut of the film if you want it) and this one gets a hard pass.