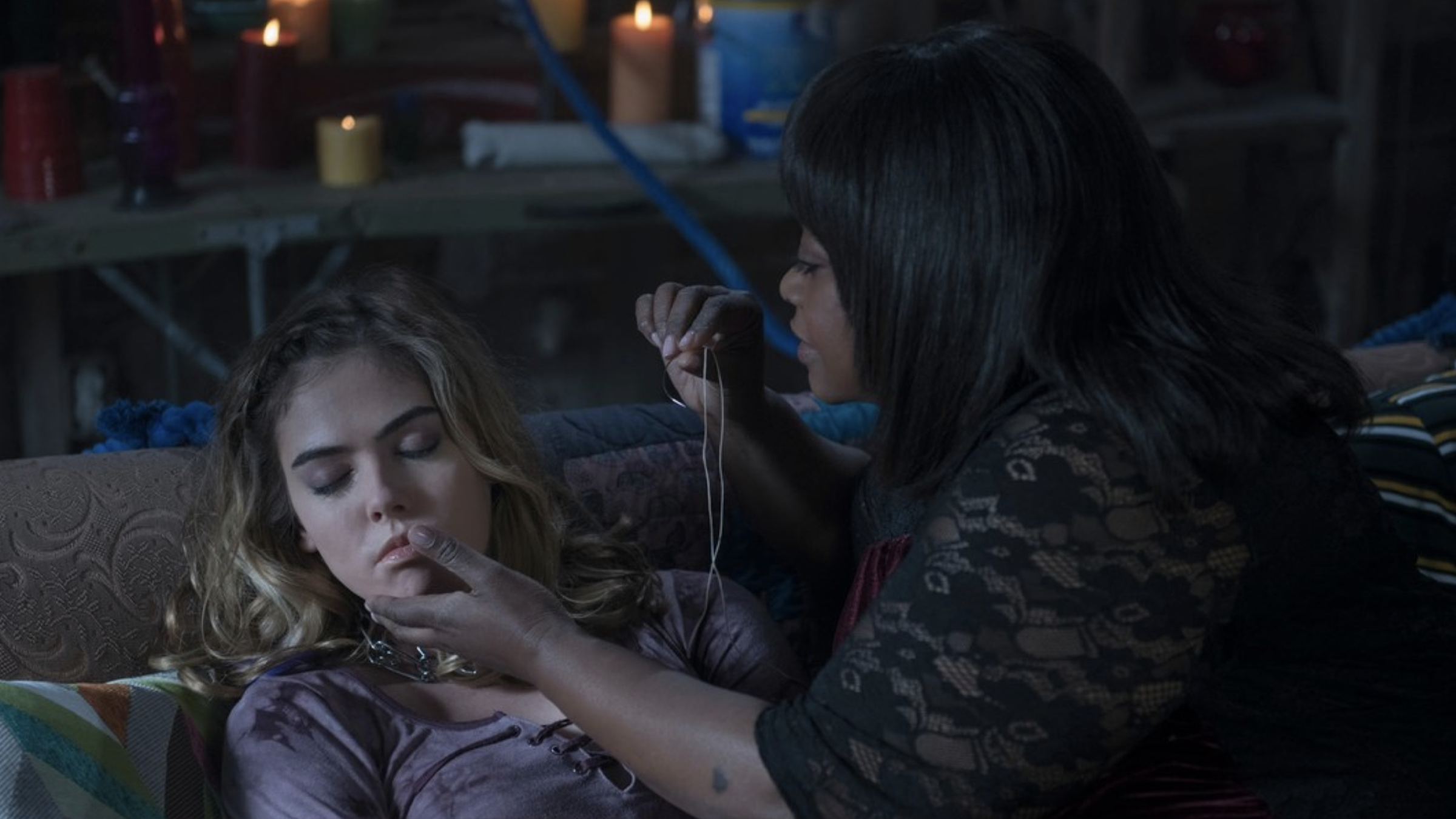 I turned 21 before many of my peers and they always used any opportunity to get me to buy their alcohol. Some had fake I.D.’s, but more than a few wasted no time. I bring this up, because this is something that drives the main plot of Ma, an original (yes, I know that’s surprising to hear today) film where the main character not just buys booze for teens, but also lets them throw parties at her house. There’s a bit more to the plot as we learn the basic question as why she does this, but the film was a pleasant surprise this past summer. The film is set in a small town, though I feel many teens today and in general can relate to the behavior of the main characters. This isn’t a modern classic, but I do feel it deserves a viewing. Let’s take a look.

We meet teenager Maggie Thompson (Diana Silvers), she just moved to town with her mother, Erica (Juliette Lewis). The Ohio town is where Erica is from and her husband left her. Maggie makes some friends at school and they all begin to hangout. They are looking to consume alcohol and they begin asking strangers to buy them some. They spot Sue Ann “Ma” Ellington (Octavia Spencer) and she eventually agrees to it. Sue Ann is a veterinary technician and right away we can sense that maybe she’s a little off, but still, she seems nice enough. Before long, she offers the teens a chance to come party at her house. It’s her basement essentially, and her one rule is the kids can’t come upstairs into the main section of her house. Things go well enough at first, but before long, Ma becomes more than a little overbearing. She will text the students repeatedly, call them and harass them to no end. Some of the parents eventually learn that their children are attending parties at her house and she’s even threatened by one father with whom she knew from high school.

Ma eventually spills the beans on why our lead character is doing what she does and I felt it was a strong enough twist. It can show the kind of effects that a simple prank can have on someone and how far that person would go to seek revenge. I reviewed the film The Gift recently which involved a similar plot twist, though the film featured a single adult character seeking revenge on another adult. I won’t call the film particularly frightening in the traditional sense, but it does create some genuine tension. There’s one scene about an hour in where a character pops up behind two others wearing a mask that left chills down my spine on the first viewing. Praise must be given to Octavia Spencer who gives a fine performance which asks a lot of her, especially as the film progresses and her character changes. The teen actors also do a capable job as well. There wasn’t a weak link that I can think of. It might not be something worthy of multiple viewings, but Ma gets more than enough right, making it earn my recommendation.

Ma is a dark movie, both in tone and in its physical appearance. Thankfully that doesn’t do anything to the quality of the Blu-ray presentation. Universal’s 2.39:1 image is strong, crisp and dark (all at the same time) giving it a very unique look. Actually, and don’t read anything into this, the one that pops into my mind is Us. I see a lot of visual similarities there. Strong, consistent black levels, contrast and a good assortment of color all contribute to a visually-pleasing film. Viewers will enjoy it.

There are more robust soundtracks out there, but this fairly “standard” DTS HD Master Audio mix gets the job done and done right. Vocals are sharp, directional effects do add a lot of excitement to a few selected scenes and the LFE even have a few moments to shine. I realize there’s nothing “standard” about audio tracks, but this one left me with no complaints.

Ma is definitely an interesting and entertaining film and it aims to be a crowd pleaser while also giving some serious insight into what bullying can do to an individual. The film doesn’t try to justify what the lead character does, but it does show us the why and it makes a pretty decent case for it. Recommended.