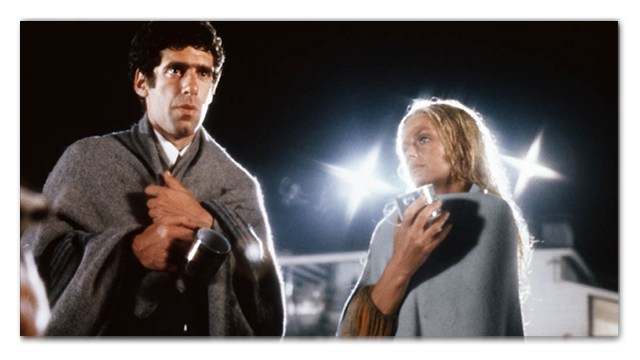 I first watched The Long Goodbye when I was about fourteen years old. I had never read any Raymond Chandler stories at the time, but I had seen the Bogart classic The Big Sleep, and I really liked the movie M.A.S.H. that Altman had directed. When I saw the film I found the plot a little hard to grasp, and I had trouble getting over the fact that the film wasn’t faithful to the original settings of the book, which would have been around 1953. When I was twenty four years old my wife became pregnant with our first son and I began to read Chandler novels. It was a bit of a vice really to read Chandler, as I found myself drinking a glass of whiskey while reading it and quickly found out that Philip Marlowe is a hell of a drinking companion. Regardless, my wife put up with me and six years later I just purchased The Long Goodbye on Blu-ray (to update my previous MGM DVD copy.) Watching the film fifteen years after my very first viewing is a different beast.

The plot of the film centers on Philip Marlowe, a private detective living in Los Angeles. Marlowe is played by Elliott Gould who had worked with Altman on M.A.S.H. The setting of the novel was updated to reflect the early seventies and Los Angeles at the time. For example, Marlowe lives in an apartment across a walk way from a gang of topless yoga instructors who ask if he can pick up brownies. Marlowe has a bad evening. His cat runs away and an old friend named Terry asks him for a ride to Tijuana. He obliges his friend and when he returns to his apartment he is picked up by the police for aiding and abetting a murderer. From the look of things his friend Terry had killed his wife. Marlowe doesn’t buy it and is put into jail. A few days later he is released from jail with news that Terry had turned up dead in Mexico. The plot continues to flesh itself out as Marlowe meets a crew of eccentrics including a novelist (Sterling Hayden,) his wife (Nina Van Pallandt,) and his doctor (Henry Gibson.)

This movie is going to be a hard sell to anybody looking for a traditional approach to the Chandler material. If you are looking for that, I would recommend just sticking to Bogart as Marlowe. If you are willing to take the ride, I think that Elliott Gould was a fantastic Marlowe and this film slowly reveals itself in layers. The movie seems to move along on its own course, never taking any time to explain itself or the connections between all the characters and how Marlowe pieces things together. In a way, it seems a lot more realistic. Marlowe doesn’t just run around screaming out that he has found another clue, instead he just heads to the next natural spot in the investigation. I really enjoyed the film and can see a direct lineage with Thomas Pynchon and Paul Thomas Anderson’s Inherent Vice.  One of the things that is most enjoyable about the film is Altman’s constant attention to detail. Whether he shoots over the yoga girls’ shoulders to focus on a street below, or over Nina van Pallandt’s shoulders to focus on some waves in the background, all of the shots in the film seem to be pulsing with life. Also, is it possible to dislike a movie with Sterling Hayden in a role? I just can’t say how much I wish he was still around acting today.

This is a bit of a mixed bag considering the amount of extra effort the cinematographer went through on this picture. The film is presented in it’s original Technicolor developed 2.33.1 picture with MPEG 4 AVC encoding. I personally did not have any large reservations with the transfer itself aside from the negative having some damage that was not corrected. Quite often you will see specks and tiny scratches, but I think that is just because this isn’t a Criterion release, but instead a much smaller company that worked on the transfer. Many other reviewers of the Blu-ray have pointed out the softness at certain times and there are some night time scenes that do not fare very well and are over saturated with grain. Personally, having previously owned a DVD copy of the film, I was very pleased with the new transfer. I think there is just as much to like as there is to dislike and this is far and away the best this film has looked. Also, the documentaries on the disk explain that many of the issues with contrast are probably a direct result of the flashing technique that the cinematographer used. Until the day that Criterion acquires this film (they have the rights to Nashville, Tanner ’88, 3 Women, Secret Honor, and Short Cuts) this will be the definitive version of this film.

Audio is presented in a 2.0 DTS-HD MA sound mix. Audio fidelity is pretty good and clarity is decent. There is some hiss present and the sound never really overwhelms the viewer. The sad part about Altman’s films on Blu Ray is that they could benefit so much from surround tracks if they could somehow tease out all of the audio he recorded in these films. Altman was the master of people speaking at the same time and it is always fun trying to tease out what exactly everybody is trying to say. Maybe one day they can retroactively go in and tinker with the sound fields, but for right now we will just need to settle for what is essentially a mono mix.

All supplements on this release were ported from the MGM DVD release in standard definition.

The Long Goodbye is easily my favorite of Chandler’s novels, along with The Big Sleep. As a film, I think that Altman did an admirable job of bringing Marlowe to the screen. Elliott Gould chain smoking and wise cracking had me laughing and rooting for him the entire time. Watching Sterling Hayden act in the film is fantastic. The movie’s only downside would be that it struggles to maintain coherence at times and outsiders who haven’t familiarized themselves with the story may find the movie hard to decipher. The transfer looks great in comparison to the DVD, even with it’s small hiccups. The audio is decent if not fantastic. I am glad that I double dipped and bought the Blu-ray, and I think any fan will be glad to own it also. Recommended.