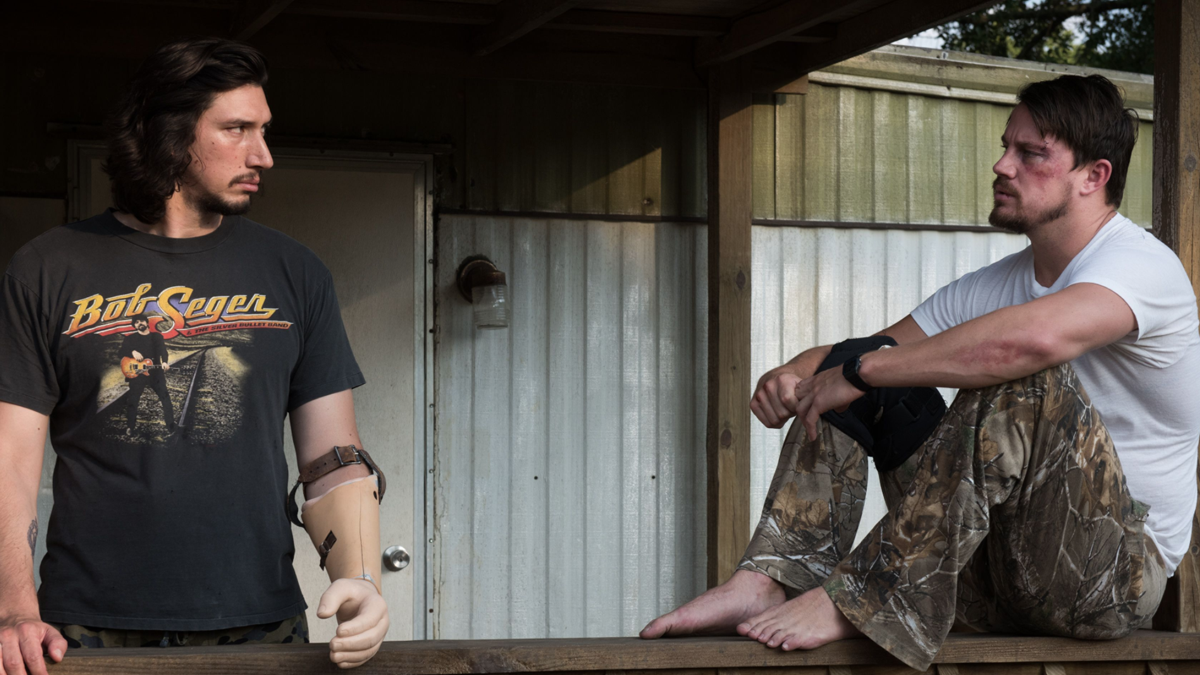 It’s been a while, but way back when I used to work with a guy who was a movie freak. I mean a movie FREAK. This guy (who has also contributed a few reviews to the site) introduced me to the work of Steven Soderbergh. At the time (this was the late 90’s) he wasn’t really known for more than Sex, Lies and Videotape and Out of Sight. This, as it turned out, would be the first of his (Soderbergh, not my friend) many collaborations with George Clooney and in no small part has helped both their respective careers. Soderbergh won the Oscar for Best Director for Traffic in 2001 and while not everything he’s touched has turned to gold (Magic Mike XXL anyone?), he’s clearly gone from independent filmmaker to mainstream…and back to somewhat independent again. You might like his movies or not, but there’s no denying that he’s got range. So with Logan Lucky, I had no idea what to expect. Perhaps it’s best to expect the unexpected when watching a Soderbergh film?

We meet Jimmy Logan (Channing Tatum), a basically decent guy who’s down on his luck and has recently lost his job as a construction worker. He was a fated for greater things, but life had a way of intervening and his “Logan” family curse got the best of him. Desperate for some funds, he enlists the help of his brother Clyde (Adam Driver), a military vet who lost his left hand in the line of duty. Together with his sister Mellie (Riley Keough), the three concoct a plan to pull off a heist. The target is Charlotte Motor Speedway and it’s set to take place during the biggest event of the year. Jimmy is privy to where the money goes and how it’s distributed, but needs the help of Joe Bang (Daniel Craig) to make it happen. The only problem is that Bang is in prison. The trio need to bust him out, commit the heist and get him back without anyone noticing. Easier said than done? You bet.

There’s a lot of fun in a good heist movie that’s always intrigued me. And while Logan Lucky isn’t nearly as slick and sophisticated as Oceans Eleven (one of my personal favorite films of all-time), it’s got its own charm. I suppose a better way of looking at it is to not judge a book by its cover. Yeah, someone may live in a trailer or talk with a drawl, but that doesn’t’ mean they’re not intelligent. The thing that ties the film together, though, is the cast. Channing Tatum clearly doesn’t take himself too seriously and Adam Driver is a perfect compliment to him. Daniel Craig, of all people, nearly steals the show and the sheer sight of “James Bond” talking with a southern accent dressed in jailhouse blues is a sight to behold. This is a fun movie to watch and, again, while no Oceans Eleven, I enjoyed it. Others will too.

Presented in a 2.40:1 AVC HD image, Logan Lucky leaves little to the imagination (pardon the alliteration). I’m a big fan of the way that Soderbergh shoots some of his movies and while this is one of the more subdued examples, there are still flashes of what I love. The sweeping shots, the closeups and the wide angle shots all converge to make a very interesting looking picture. The title is also available on 4K, which I’m sure benefits a bit from the HDR, but I can’t imagine by that much. Contrast is strong, we get a good look at the underbelly of a NASCAR event “might” look like and I’m hard-pressed to find much to complain about. It’s a good and expected effort.

The included DTS HD Master Audio soundtrack has a few moments to spread its wings, namely during the racing scenes (which are few and far between). The remainder of the film is mainly dialogue with a few ambient surround effects thrown in. I won’t hold it against the film for sounding “bad” per se, but there wasn’t a lot that left an impression on me.Vocals are sharp and crisp, directional effects are used sparingly. It serves its purpose here and really nothing more.

While I still prefer Oceans Eleven, there’s still something to be said for Logan Lucky. It’s still a good heist movie with equal parts of Oceans mixed with a dash of Masterminds (or Talladega Nights, if you prefer). The movie both looks and sounds good, but the lack of any real supplemental features is a bit disappointing. Fans of heist movies should check this one out.