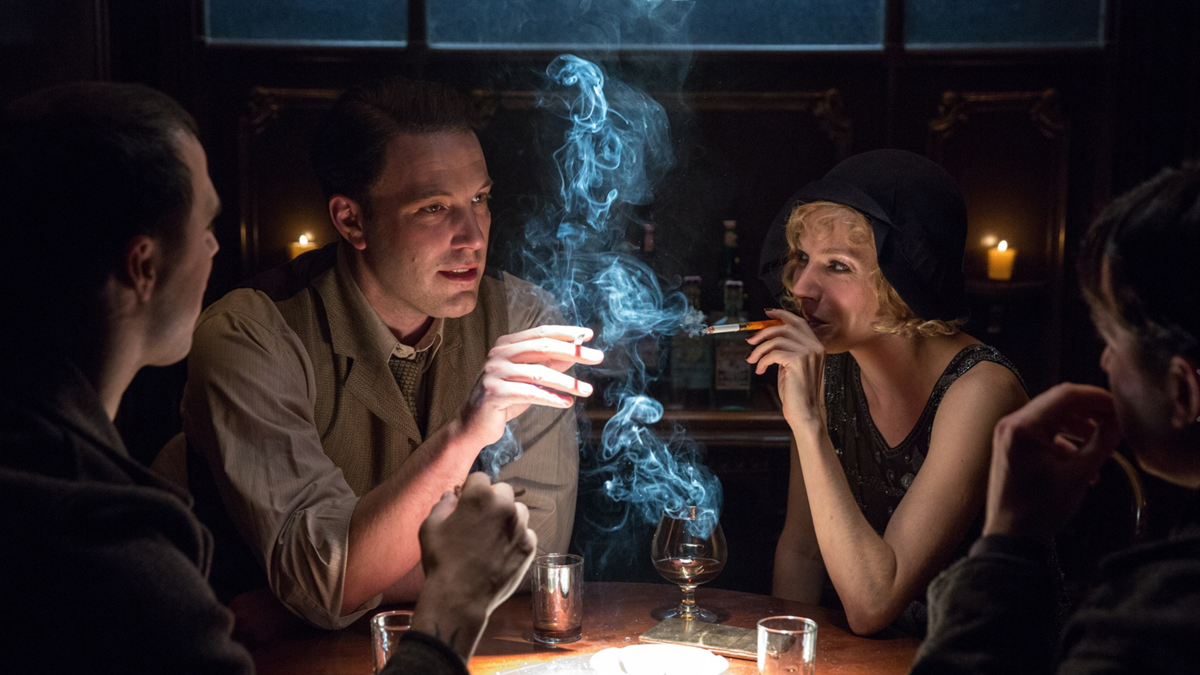 After three first flicks that received high critical praise and two that were Box Office hits, Ben Affleck returns to the director’s chair with his fourth flick, Live by Night. Unfortunately it failed to please critics and fans alike, and bombed at the box office. Night takes us back to the 1920’s in a story that certainly sounds intriguing, but winds up as a meandering and slow paced tale without much of an identity. I enjoyed Affleck’s first three films, but I’m unsure what exactly went wrong here. I can’t help but wonder what a director like Martin Scorsese would’ve done with a film like this, but the script is largely to blame. Let’s get into the plot.

Affleck plays Joe Coughlin, he becomes a criminal for the Boston underworld despite his father being a police captain. We’re treated to a narration from the Coughlin character as well. It doesn’t take long for Joe to fall in love with the mistress of a mob boss, Albert White (Robert Glenister). Her name is Emma Gould (Sienna Miller) and Joe convinces her to run away with him. He plans a robbery to help fund this getaway, but of course that’s too good of a plan. Joe ends up getting found out and is beaten nearly to death. Since Joe’s father is a police captain, he has some pull to help reduce his son’s sentence. Still, once Joe is released, he returns to his criminal ways, planning to extract revenge on Albert White. Joe’s journey then takes him to Florida where he meets up with a police lieutenant who helps get him in with the right people. We learn early in the film of a feud between Albert White and another mob boss, Maso Pescatore (Remo Girone). That element involving a feud between two mob bosses is the most interesting, but unfortunately it’s pushed aside and the focus is instead on Joe and his bootlegging endeavor. That’s really the biggest issue with Night as it never really decides what film it wants to be or what direction it wants to take. I’m usually a fan of Affleck, but he feels a bit out of his element here not just as director, but as the actor as well. He just never seems comfortable playing Joe. I can’t help but think how his Brother, Casey would’ve played the role, but wonder is all I can do at this point. Chris Cooper gets a small role here as a police chief who helps Joe and we get a minor subplot involving his daughter. Still, all that feels like filler to help pad the film out.

Live by Night isn’t a total dud as the film successfully recreates the 1920’s and gives us some decent action to boot. It’s just that the central story lacks focus and is too plodding to really keep us with it. I think with a better focused screenplay, the results might’ve fared better. As it stands, it’s only sporadically entertaining. Affleck has directed three solid flicks, so I’m hopeful he’ll get back on track after this one. He just needs to find a better screenplay the next go round.

Some might complain for the lack of a 4K version, but let’s not forget just how good Blu-Rays still look. The transfer is virtually flawless as early on we can spot the sharp details throughout. The image is AVC encoded with a 2.40:1 ratio and remained consistently satisfying throughout. One positive of the film is the visuals and attention to detail, and that translates well here. All things told, the transfer will please fans.

I opted for the DTS HD Master Audio track, but we can choose between that or an Atmos track or a TrueHD one as well.  Vocals are strong and background banter comes through on several occasions as well. We are treated to a few action scenes and those are what give us the most bang for our buck. When shots are fired and tires screeching, the rear channels and bass kick in. It helps involve us and adds a nice touch. Like the transfer, this track will satisfy fans of the film.

I had high hopes for this film, but unfortunately, it’s a pretty lousy affair. It starts slow and never really gets off the ground. I wish the focus was more on the feuding mob bosses which would’ve definitely made for a better film. As it stands, the worthy moments are few and far between. If you insist on checking it out, a rental is the most I can endorse.