While looking for something to watch on Thanksgiving night, my stepson came across this movie. It’d been knocked down a bit in my “to be reviewed” pile and looking at it, it was only 81 minutes so I figured if I didn’t like it, well not too much time invested. But I digress…I’m on a horror movie kick and they have mixed results with me. Some I love, some I roll my eyes and others I go to bed in a fetal position wishing for my mommy to come tuck me in (admittedly that last category’s list isn’t that robust). But when it comes to supernatural things in horror movies, I generally tend to check out. Why? I simply don’t believe in anything supernatural. So if a monster only appears when the lights are out, or in my dreams or, well you get the point – I just don’t take it seriously.  Will this one be any different or is it yet another I can toss in my “Uh huh, right…” pile? Let us find out.

Teresa Palmer plays Rebecca, a commitment-phobic young woman whose “boyfriend” Bret (Alexander DiPersia) tries hard to wear down her resistance. His efforts get put on the back-burner when a family crisis erupts. Rebecca’s much younger half-brother Martin (Gabriel Bateman) is being neglected by their mentally ill mother Sophie (Maria Bello). When she steps in to take guardianship of the boy, she discovers that he’s been seeing an apparition named Diana – the same one she saw as a little girl. Diana is a light-averse spirit that seems intent on terrorizing Rebecca for trying to get Sophie help. Diana’s a persistent little spirit and won’t rest until things are the way they used to be. Diana’s struck before, will she strike again and finish the job?

Lights Out is a female-dominated film that gets right to the point. There’s no need for a movie to be two hours long if there’s no call for it and we do get right to said point when we lose a recognizable actor in the opening scene (shades of Scream and Drew Barrymore, anyone?) Was I scared? No, not really. Did I sleep with the lights on? Again, no, not really. But I have to admit that this wasn’t as bad as I thought it was going to be. James Wan has attached his name to it and that’s usually a good thing. No, it won’t change your world and it might not scare the hell out of you, but there are far worse ways to spend 81 minutes of your day.

With a name like Lights Out, you can bet that this won’t be a film that has bright, sunny days and tons of color. There isn’t a lot of either. The problem with movies that have such a dark physical tone is that it opens the door (so to speak) for errors and artifacting in the shadows. The overall look and feel of the 2.40:1 AVC HD image looks good. I found a couple instances of some noise in the shadows, but nothing too major. Flesh tones seem washed out and pale, then again considering the look and tone of the film – it makes sense. Detail is top notch and despite the rather animated (or lack thereof) motion of “Diana”, it’s a satisfying transfer.

Horror movies, by and large, tend to utilize their soundtracks better than most other genres. And while this one delivers the goods on a few occasions, it’s not the all-encompassing mix that you’d expect. Vocals are pure, crisp and clean. Surround effects are used sparingly, but with great effect. It’s a good-sounding mix that’s sure to please, but set your standards a bit low with this one.

Not the dud you’d think it would be, Lights Out has a few moments that make it more than the sum of its parts. It’s not your R-rated gore, blood and guts movie either, but rather tries to rely on some subtle nuances for its fear. The extras are sparce, though informative if you count the deleted scenes, but that’s it. Only die hard fans should pick this one up. 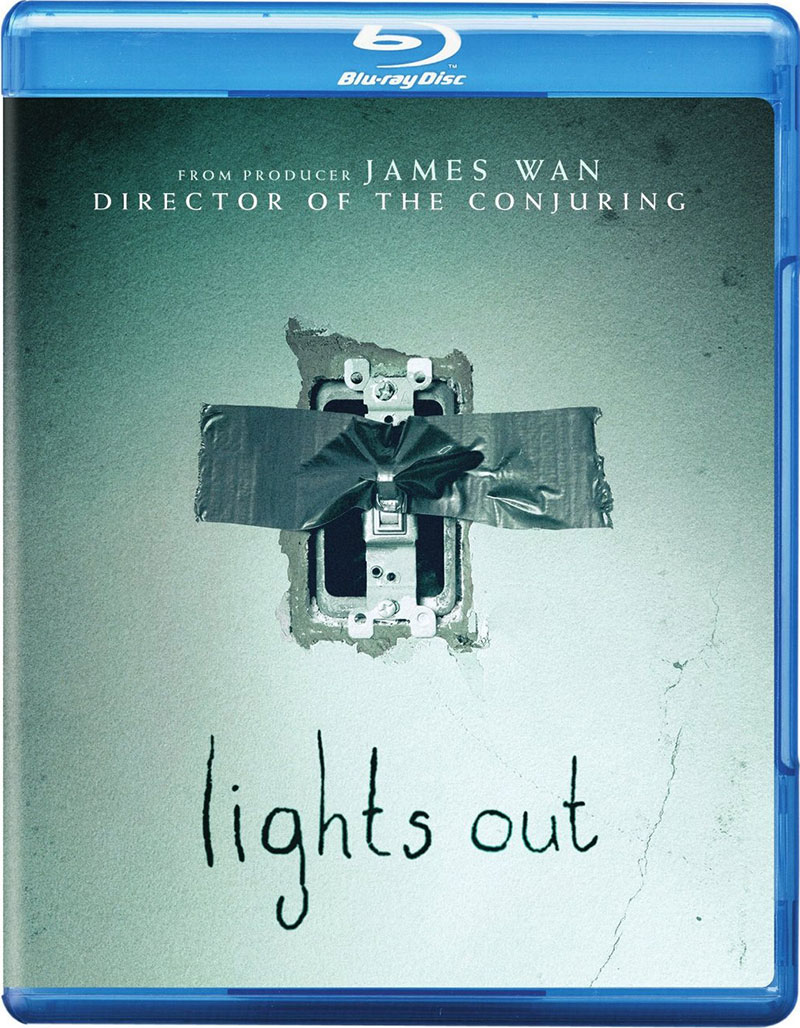