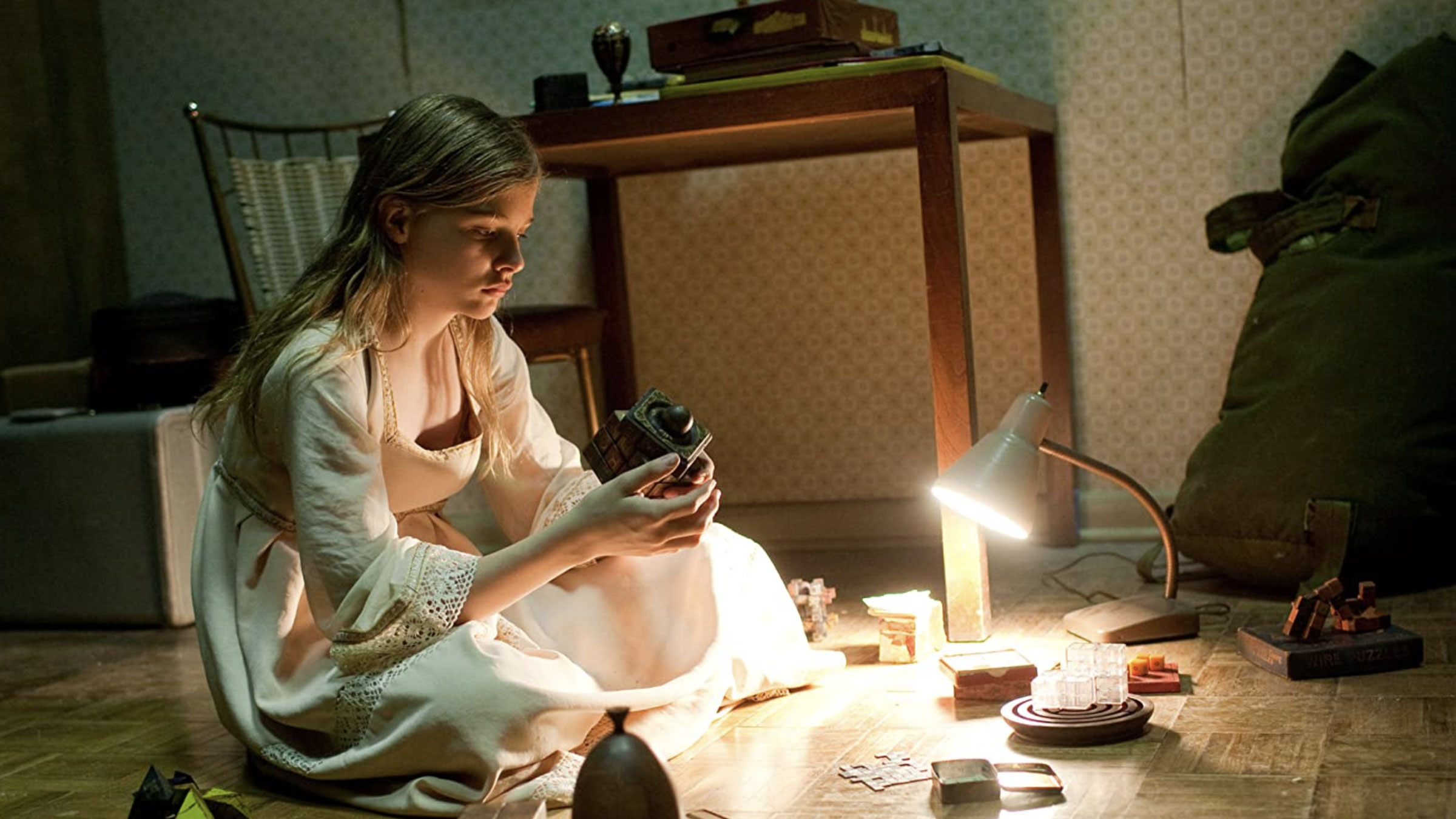 In 2009 a movie by the name of “Let the Right One In” appeared on DVD and Blu-ray. I’d never heard of it. The premise sounded interesting (from the back of the box, anyway) so I popped it in the player and decided to give it a try. I’m not usually a fan of foreign films, but I have to say that I’m a bit of a vampire fan, hence my viewing of the film. As anyone who’s seen the movie knows, it’s not full of action. In fact, it seems to go out of the way to avoid most sorts of it (action). That’s fine, though, as I’ll take a good plot any day of the week over mindless action. Flash forward a couple of years and now we’ve got “Let Me In”, not so much a re-make of the first film, but rather a “re-adaptation” of the original novel. Ok. I’m no rocket scientist, but if two movies stem from the same novel, won’t they essentially be just about the same? As it turns out…yes. And no.

Those familiar with the first movie will be right at home here. The names have been changed from “Oskar” and “Eli” to “Owen” and “Abby” which somewhat shocked me as the original two names weren’t that foreign-sounding. Nevertheless, we now find ourselves at home in Los Alamos, New Mexico a real place in the United States with the highest IQ per capita. Owen (Kodi Smit-McPhee) lives with his mother (Cara Buono) in a low rent apartment complex. Owen is bullied at school by a trio of guys and is too afraid to fight back. He gets a new neighbor when Abby (Chloe Moretz) and her father (Richard Jenkins) move in. Abby is odd, she doesn’t wear shoes; not even in the winter snow. And as Owen and Abby strike up an unlikely bond, it gives him a sense of confidence. What no one realizes is that Abby’s a vampire and her father, her keeper. Add to this a lone detective (Elias Koteas) is asking questions about dead bodies; which tend to turn up when vampires are around.

No matter which version you prefer: “Let Me In” or “Let the Right One In” (for me it’s the latter), both are essentially the same thing. Yes, they have their subtle nuances here and there, but by and large the two are identical. They even share a few of the same shots such as the ending pool scene and the attack in the sewer. Director Matt Reeves (most widely-known for his work on “Cloverfield”) has admitted to being a fan of the original and the novel, so that might indicate some of the blatancies. The story, however, is solid so no matter which version you go for – you’re in for a good story. If you’re looking for a good vampire story that’s just “barely” about vampires, then this might be for you. But if you’re looking for something more along the lines of “Blade”, well then there’s plenty of those out there as well.

Again, I’ll draw comparisons to the first movie in regards to video quality and both are very dark films. As most vampire movies take place at night (for obvious reasons), a majority of the scenes are very dark. Black levels are right on and contrast is a bit hard to gauge, though most all of the film looks good. Even the interior shots are darkly lit, with the shadows covering the faces of the actors. There are a few outdoor shots, one at a frozen pond, that really show the stark outdoors of New Mexico which is a good contrast to the dark scenes. You might want to dim the lights when you watch this one because it’s dark. Very dark.

The DTS HD Master Audio soundtrack is about as deluded as they come though again, this is pretty much the case with “Let the Right One In” as well. The main complaint with the Blu-ray for “Let the Right One In” was that the subtitles weren’t correct in that anyone who couldn’t speak the language (Swedish, I believe) had to rely on the subtitles and it wasn’t an accurate representation of the film. The benefit of “Let Me In” is that most all of the actors are American or at least speak English. There aren’t a lot of surround effects, mainly just to announce that a vampire attack is about to occur. There’s a car wreck at the opening of the film that sounds pretty good, though the remainder of the film is entirely dialogue-driven.

There’s just enough supplemental material here to warrant a purchase, though we get some fluff thrown in there as well. We get a decent audio commentary (with picture-in-picture option) from Matt Reeves who gives us his insignt on the film and his motivations for wanting to “remake” it. It’s a good track, actually. We get the obligatory “A Look at the Making of ‘Let Me In'” which is your standard EPK featurette. Dissenting “Let Me In” is a bit of interest but not so much as the car crash sequence. We get a step by step walkthrough as to how it was done and we see it on a green screen. Some deleted scenes are shown as well as some trailers and posters of the films. There’s a second disc with a digital copy of the film as well as a Dark Horse comic book which is a prequel to the film.