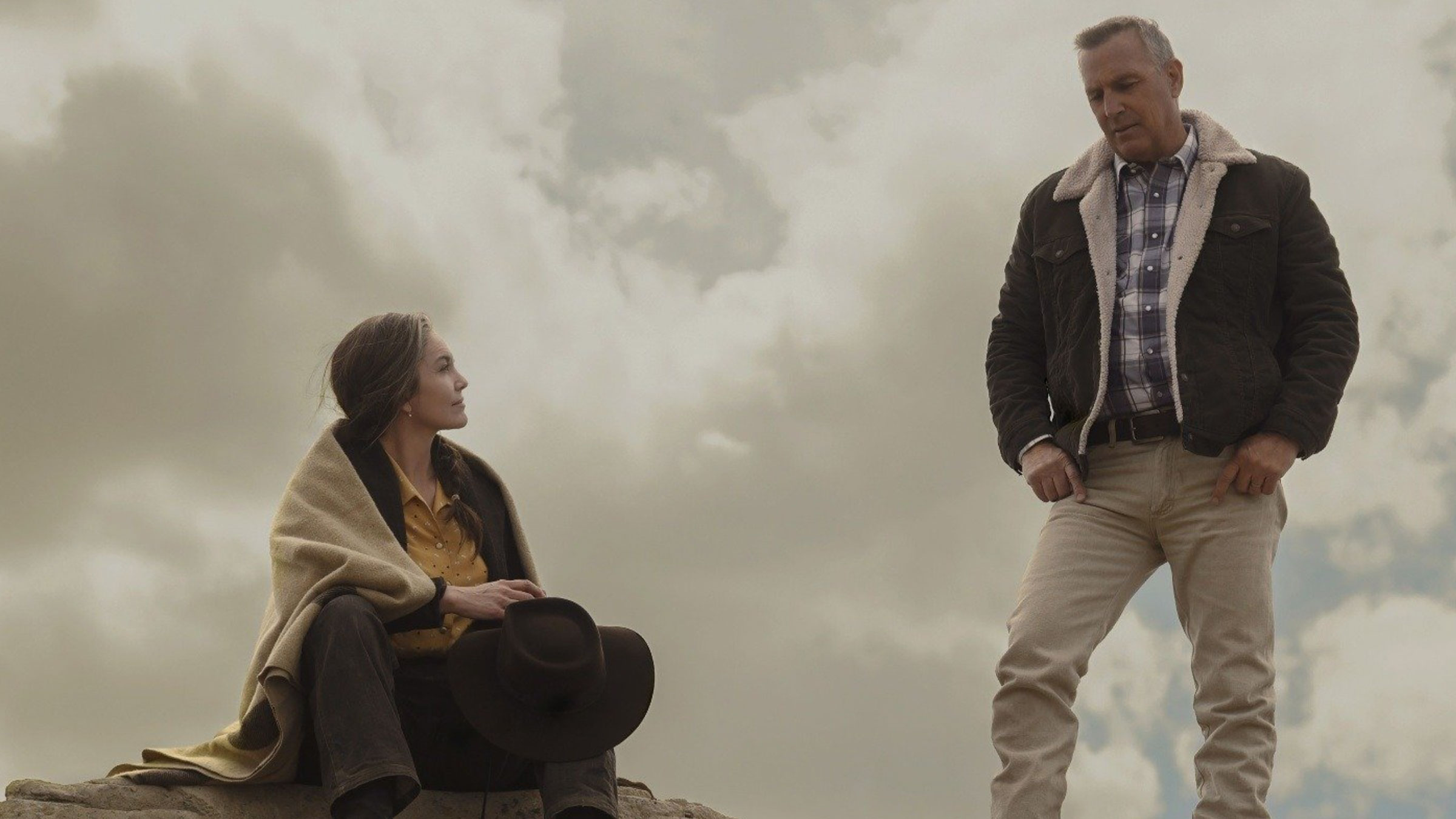 Set in Montana in the 1960’s, the film features the Blackledge family played by Kevin Costner and Diana Lane as George and Margaret, respectively. It’s the two of them along with their son, James (Ryan Bruce) and his wife Lorna (Kayli Carter), with their young son Jimmy. Unfortunately, James dies in a horseriding accident. As years pass, Lorna eventually remarries. Obviously, this is painful, especially on Margaret as their grandson is now gone and off to another state. Ordinarily, they would likely make the situation work, but Margaret sees her grandson out one day with Lorna and her husband, Donnie Weboy (Will Brittain) and Donnie hits not only their son, but also Lorna. This is enough to cause Margaret to want to get her grandson and daughter-in-law to move back with them where she knows they will be safe. The film then follows George and Margaret as they go look for the Weboy family and try to see their grandson. Unfortunately, their presence with the Weboy family doesn’t go over well, and this creates trouble. We meet Donnie’s mother, Blanche who is played wonderfully by Lesley Manville. We meet her during a dinner scene where in no more than 10 minutes we get a good breakdown of her family and history. There’s more tension on the drive to the Weboy house than there is in many entire horror films. When Lorna shows up with her son and they only see her briefly, they know they must convince her to bring her child and live with them. To reveal more would ruin much of the experience. Needless to say, you’re in for quite a ride.

In lesser hands, Let Him Go might’ve not worked as well as it does here. It’s perfectly paced and so well cast that this helps it rise above the material much of the time. It’s clear who the heroes and villains of the story are, and we can sense where the story is headed, it still remains a thrilling experience. I was unfamiliar with Lesley Manville before this film, but her character makes a mighty strong impression here. Costner tones it down a bit, but peaks through when it is asked of his character. Lane is excellent too as the caring grandmother who only wants what’s best for Lorna and her child. While we see how crazy the Weboy family is, the film at least paints a fair argument for why it isn’t the simplest thing to take away one’s family from them. All things told, the film makes an impression and needs to be seen.

There are a few scenes in the film which could take one’s breath away. Unfortunately those are few and far between. Some sweeping landscape shots do set the tone, standard and mood but by and large this 2.39:1 AVC HD image relies on a more naturalistic color palette. Detail is tack sharp, color balance is spot on and everything translates very well to the Blu-ray, which conveys an adequate picture to the viewer. There’s nothing really wrong with the way this looks, but it’s not the most visually aggressive picture out there, either.

There are times that this sounds like a nature film than a period drama, but those moments are fleeting. The included DTS HD Master Audio sound mix has its moments, but mainly relies on a strong center channel for vocals, while only occasionally reaching for the surrounds. Thunder booms, rains come and birds sing and chirp in the background, which gives the film some added ambiance. Like the video, there are some moments when I stood up and took notice, but ultimately it’s a means to an end.

Part western and part drama, mixed with just enough tension to keep things interesting, Let Him Go has a lot going for it. It also could’ve had a lot riding against it in lesser hands. The fact that is one of the better films of 2020 is all the more satisfying. My review can hardly touch on just how effective the film is. Highly recommended.