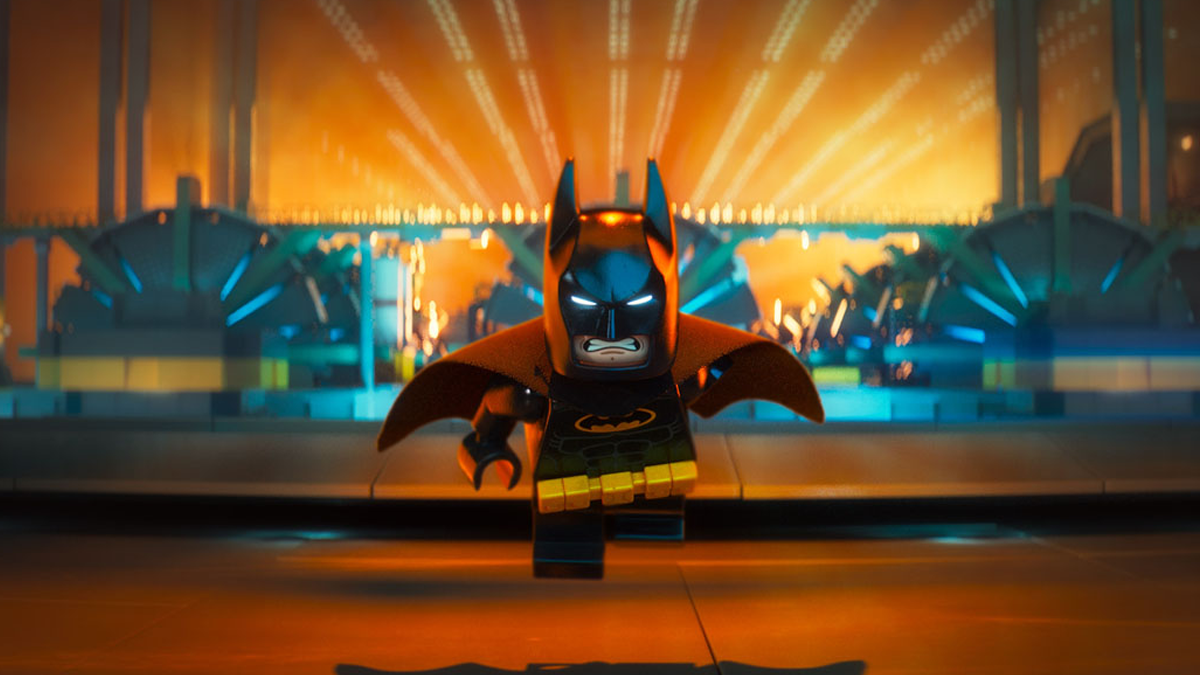 Do you like Batman? I mean do you really like Batman? Because I’m willing to bet it’s not as much as he likes himself. And I’m OK with that. We’ve been inundated with Batman movies since Tim Burton gave us the first retelling of The Dark Knight back in 1989. Michael Keaton was Bruce Wayne and Jack Nicholson the Joker. People loved it. We then had Batman Returns. Then Batman Forever. Then Batman and Robin (the only version I’ve yet to see). By now we’re in the 21st century and Christopher Nolan took over with Batman Begins. There was The Dark Knight and then finally The Dark Knight Rises. That’s a lot of bat. But we’re not done yet. Ben Affleck is now Batman and we’ve got Batman vs. Superman and the upcoming Justice League. Sensing a trend here? With The LEGO Batman Movie, they poke just about as much fun at this as I just did, only they’re far more clever. Enough talk. More bat.

Batman (voiced by Will Arnett) is going about business as usual when a series of problems arise. A new police commissioner, Barbara Gordon (voiced by Rosario Dawson) wants to emphasize a little more teamwork in Gotham City and thus, wants Batman to be more of a “team player.” Batman’s arch nemesis, The Joker (voiced by Zach Galifianakis) isn’t even up to the challenge and instead, surrenders himself and his entourage for sentencing. Batman, now without a foe, faces a crisis – what to do? Looking for some companionship, he (mistakenly) adopts an overly-enthusiastic young orphan named Dick Grayson (voiced by Michael Cera). Working with Dick (who will become Robin) and Alfred (voiced by Ralph Fiennes), the trio have to wonder what The Joker is up to. What’s a billionaire superhero to do?

I did leave a pretty big part of the plot out, but I did that on purpose. There’s a lot of characters in the movie and some are from other Warner films and others are just plain made up. Ironically Ralph Fiennes, who voiced Alfred, did not voice the Voldemort character (and he’s a character alright). Odd. Or maybe he felt he had nothing to offer? Nevertheless, The LEGO Batman Movie is just about everything you’d expect it to be. It’s funny, clever and, well, weird. I guess when you’re dealing with characters made out of LEGO’s, then the sky’s the limit? In any case, you’ll know what to expect when you put this one in the player. If the best thing about The LEGO Movie was Batman, then logically The LEGO Batman Movie should be even better, right? Right.

If you’ve seen The LEGO Movie then you’ll know what to expect here. Presented in a 2.40:1 HEVC transfer, The LEGO Batman Movie is the epitome of perfection in every way, shape and form. Rich, robust colors are prevalent in every scene, detail is simply amazing as well. This is on par with any modern day Pixar movie and will simply dazzle you with its awesomeness. The 4K version seems to have an edge in a few scenes thanks to the HDR, but honestly either way you go will work. It’s a rich, vibrant and about as colorful a movie as you could expect. And it looks perfect.

This is a win/win. Both the Blu-ray and Ultra HD/4K versions contain the same Dolby Atmos track. And it rocks. I mean, like, you know…rocks! I’m no expert in the LEGO universe, but Batman’s (Will Arnett) grizzled, deep voice coupled with things blowing up, the Batmobile and all things associated with it seem to sound amazing. The LFE are rarely given a break, surrounds are churning away and the atmospheric soundtrack lives up to its name. I could go on, but I won’t. It’s amazing.

If you’re a fan of Batman in any way, shape or form or the LEGO movie(s) then this is for you. It’s got that kind of odd, offbeat humor that these LEGO movies seem to possess and it works here. Reference-quality audio and video along with a slew of supplements make for a grand offering.