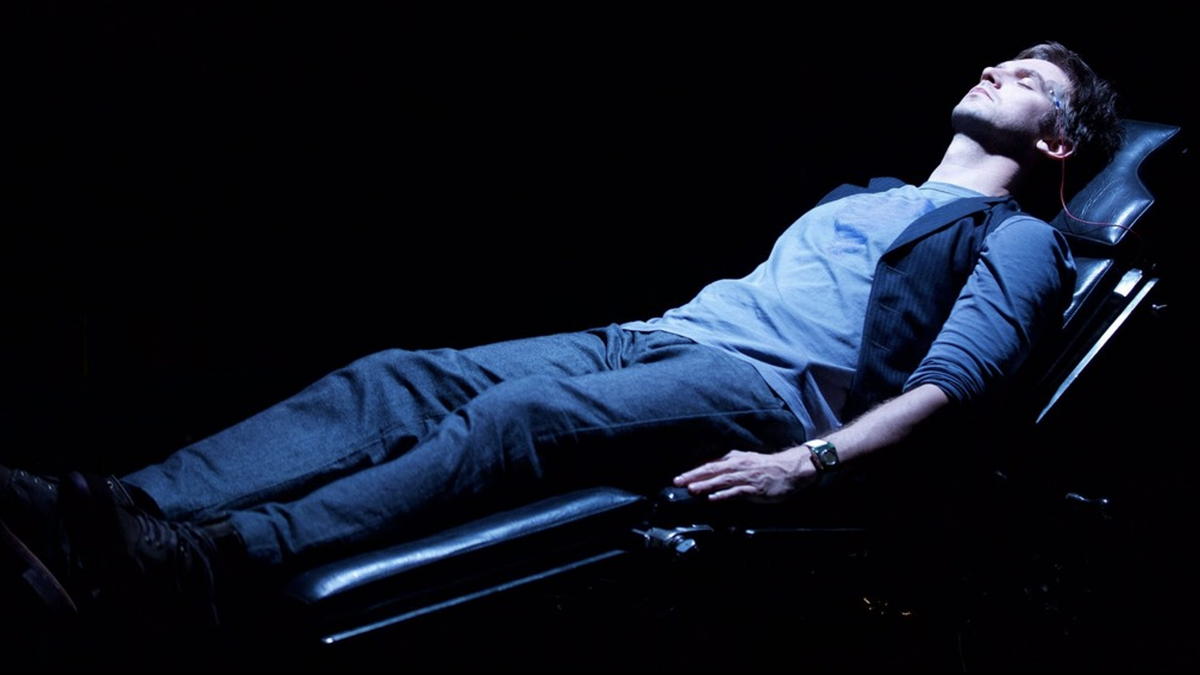 The series follows the story of David Haller (Dan Stevens), a troubled young man who may be more than human. Diagnosed as schizophrenic as a child, David has been in and out of mental hospitals for years. Institutionalized once again, David spends his time with his chatterbox friend Lenny (Aubrey Plaza), a fellow patient whose life-long drug and alcohol addiction has done nothing to quell her boundless optimism that her luck is about to change.  But a startling encounter with a new patient (Rachel Keller) forces David to confront the shocking possibility that the voices he hears and the visions he sees may actually be real. A haunted man, David escapes from the hospital and with the help of a nurturing but demanding therapist (Jean Smart) and her team of specialists’ unconventional methods, David embarks on an extraordinary journey of self-discovery that leads to a new world of possibilities…and a new level of unexpected danger.

There’s no way around it, Legion is a helluva show and it’s more likely to leave you scratching your head and asking “what just happened?” as opposed to having any definitive questions answered. But to me, that’s a good thing. Television shows usually like to wrap things up nice and neat and that’s not (and hopefully never will be) the case with this one. It’s a multi-faceted and multi-layered show that’s non-linear in every sense of the word. Fans of the comic book origin will appreciate some of the references and this has a lot to do with the MCU, albeit the X-Men version of it. Don’t let that deter you, though. We’ve got enough of The Avengers to placate the masses. If you’re in the mood for something a bit different that’ll reward you when the season is over, look no further.

Though it never really says, the show’s costume design reeks of late 60’s and 70’s stylistic choices. You’d think you walked onto the set of A Clockwork Orange. Still, that coupled with some of the more surreal moments in the show definitely give this a unique look and feel. Each of the episodes are presented in a 1.78:1 AVC HD transfer that leaves little to the imagination. There’s some strange stuff going on in this series and it’s visuals only intensify that.

The line, audio-wise, between television and movies continues to blur the line between the two. Having said that, the included DTS HD Master Audio soundtrack has several moments that really struck a surreal chord within me. It’s just dizzying how some mixes can affect the viewer and how others seemingly don’t. Vocals are sharp and crisp, surrounds are used effectively and the dynamic range is on par with a television show of this caliber. Like the visuals, this is a rare breed when it comes to how it’s presented.

It’s a part of the Marvel Universe, but it’s way out there. It has ties to the X-Men and if you’re tired of the more mainstream “superhero” movies, then this one might be up your alley. Give it a chance, though. You’ve got to be patient as the final episodes really do pay off. Legion might not be for everyone, but for those that invest the time – it’s a trip.