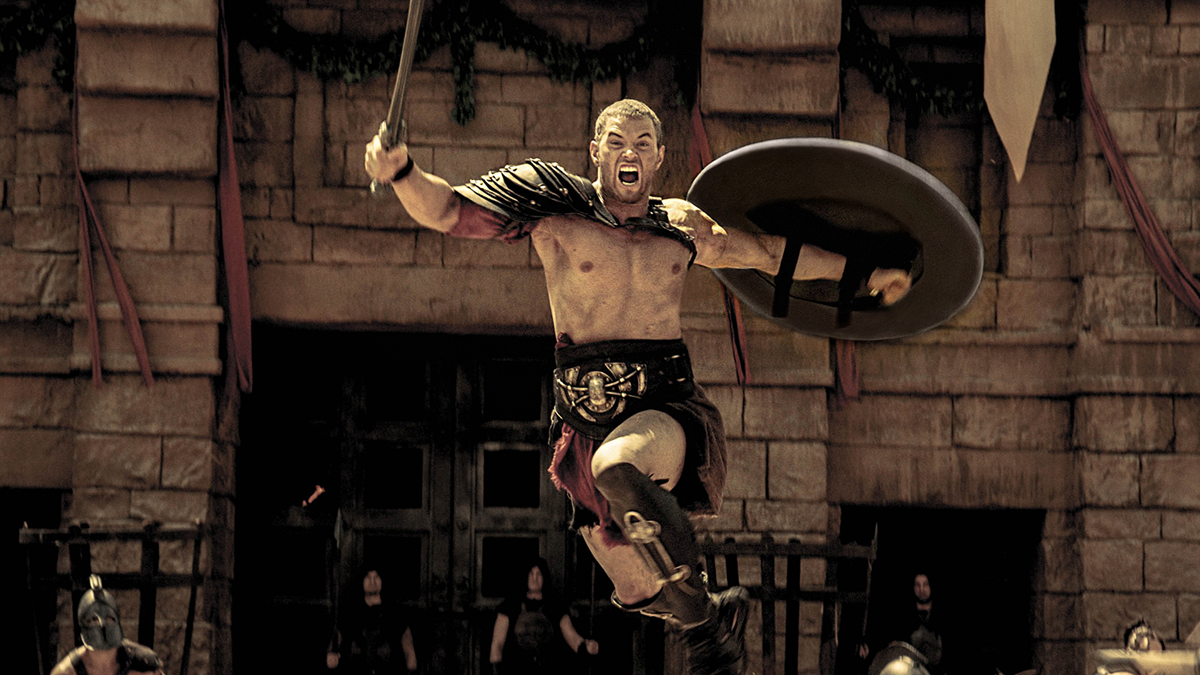 I’ll say right off the bat that I am not the target audience for a film of this nature. I understand this genre has its fans, but more often than not it does little for me. If I am going to invest my time with a film like this then I expect it to dive head first into things and deliver the R-rated goods. If only I could be so lucky. The Legend of Hercules is another in a long line of overly serious, watered down PG-13 action films. It features long and seemingly endless scenes of characters shouting out lines of dialogue that might feel more at home in a high school play than a feature film. The acting is about on par with that as well. Kellan Lutz plays Hercules in what is a universally flat performance. I suppose he pulls of the physical requirements of therole, but he brings little else to the performance to keep us interested. The story, while complicated, gives us the origins of Hercules and has him enslaved after he has an affair with Hebe (Gaia Weiss). Of course, there is the father issue. Just once I’d like to see a movie like this where the hero actually gets along with his father. Maybe I’ve overlooked a movie where this happens, but that angle has been played far too many times.

Director Renny Harlin (Cliffhanger, Die Hard 2) has made some great action films, but it’s hard to see what drew him to this story. The CGI is very hit or miss (mostly the latter), the acting universally bad and the story is too slow and lumbering to garner much interest. I was never the biggest fan of 300, but I’d watch that (and the recent sequel) any day before having to endure this film again. The tone is far too serious yet the battles are bloodless and dull. It doesn’t work on a campy level and the story is too cliched to work on a more dramatic level. Later this summer we will see yet another installment of Hercules with Dwayne Johnson in the role. Hopefully that film provides a more engaging experience than this. Johnson is much more charismatic than the bland Lutz and is actually a worthy actor and I’m sure Johnson can handle this material better as well. There’s also the major studio backing the upcoming film as well so it will certainly be more visually appealing than this. Too often the CGI is simply too dark and hard to make out. There is one semi-interesting sequence involving a fight with a lion, but it’s still a bit too silly for its own good. Going the route of an origin story is also a problem here. The story of Hercules is fairly popular so one has to wonder why the filmmakers went this route. Maybe they thought it’d offer a fresh take on an old tale, but the whole thing feels miscalculated. I was reminded (slightly) of the 2010 Robin Hood film, directed by Ridley Scott. It tries so hard to mix things up when all it needed to do was stay more true to the title character. There’s just nothing here worth recommending.

I have no idea how or why Lionsgate is going through their catalog and picking titles for the Ultra HD/4K format. There has to be some method to their madness, but I can’t find it. That said, the 2.40:1 HEVC 4K encode is certainly looks really good. Naturally there’s a lot of CGI and as is consistent with any Renny Harlin film, plenty of things going on in just about every scene.  What’s that mean, exactly?  I don’t really know. I will say that the stylized look and feel seemed to fit some scenes and were grossly out of place in others.  I think Harlin might have been going for a 300 look and feel here, though like the film itself – it’s a bit all over the place.  That said, contrast and blacks are deep and dark, detail is amazing and the overall image looks pretty damn good (too bad we can’t say that for the film). Also included is the 3D version on the same disc as the Blu-ray. Oddly, it’s not labeled on the front cover.

A new Dolby Atmos track has been added to the Ultra HD version and LFE’s get a chance to stretch their proverbial legs, vocals are strong and crisp and the surrounds seem to constantly be on a moderate hum.  The clashing of swords, the “thump” of footsteps and punches thrown – amazing.  This is one film that will give your system a total workout, and I’ll resist the urge yet again to diss the movie.  It’s an amazing-sounding disc.

Only two supplements are provided:

There are other movies about Hercules out there, most of them better. There seems to be a guilty pleasure factor going on here (an ongoing theme in most all of Harlin’s films), so it will appeal to a certain genre. The bump in video and audio quality raised a proverbial eyebrow with me, but I find it hard to recommend going out and buying this one if you already own it. The inclusion of the 3D version is, of course, nice. I do with all 4K releases contained the 3D version where applicable. But you can’t have everything, I suppose.