Le Silence De La Mer was the first feature film directed by the legendary French director Jean Pierre Melville. The basis of the film was a 1942 novel published clandestinely during the German occupation in France by Vercors. Melville attempted to get the rights to the film from Vercors and was promptly refused. Vercors firmly believed that the book should never be filmed. Melville filmed the movie without his permission on an extremely low budget, buying film stock as he could afford it. Melville promised to destroy the negative if he had not done a proper job. Vercors organized a screening for numerous resistance fighters and polled them on if Melville should receive the rights or the negatives be burned. Obviously, Melville triumphed.

It is interesting to know that Melville knew that this would be his first film while he was still involved in the resistance movement. As far as first films go, this seems about as daunting a book to film as possible. The film relies on silence as a form of resistance, which in theory should be unfilmable. He pulls it off.

The plot of the film is simple. A man and his niece live in a cottage in the French country side during WWII. One day a couple soldiers come to inspect their premises and sleep in their barn. A few days later, a young German Liutenant arrives at their door. He proceeds to move into their home and take a room upstairs. They resist the only way that they can, which U.S. By remaining absolutely silent at all times in his presence. Each night the soldier comes into their living room in civilian clothes and delivers soliloquies on numerous subjects including his love of French art and culture.

The movie is a solid film. Acting is good. Directing is fantastic. The overall arc of the plot comes to a finish that absolutely makes sense. The film manages to be tense and menacing while also never giving in to making a monster out of the German. Given the material, Melville achieved an incredible success.

That said, the film is a bit on the slow side. I enjoyed the film, but I don’t personally see myself rewatching it numerous times in the future. It is a film that you will watch once and enjoy, but you will probably not find yourself wanting to watch it more than once. Therefore, I highly recommend you rent this film before you decide to purchase it. I still prefer it to Les Enfants Terribles, his next film, but I prefer Melville’s later works such as Bob Le Flambeur or Le Cercle Rouge.

Criterion did an excellent job on the transfer of the film. The movie retains a good amount of grain to leave in details. Depth and clarity are excellent. The black levels are excellent. This transfer is absolutely perfect in regards to faithfulness to the source. The original elements must have been in great shape, because this film looks much better than most films from that time period. That said, most of the film takes place in just one location, so don’t expect the film to feel like a journey with lots to look at along the way. The film is intentionally claustrophobic, but has moments of relief when the outside of the cottage is shown in winter as just one example. I was very impressed overall.

This is a monaural track so it is relatively limited. That said, Criterion have done a tremendous job in preserving clarity in the audio. The dialogue is crisp and clear and the eerie score keeps the tension in the room. Another excellent transfer by Criterion. Kudos!

Le Silence De La Mer is a strange film. It is a good film, but I consider it a minor work compared to the magic Melville would produce later on. Melville did the best job that anybody could have done with the material. If you are considering a purchase and already are a fan of the film, rest easy, Criterion did an excellent job on the transfer and really outdid themselves with the supplements. To me, the supplements were actually good enough on their own to warrant a purchase of this Blu-ray. They are that good. I recommend that before you purchase this film you watch it for yourself on Hulu where it is currently streaming. Props to Criterion for their fantastic job on the supplements, which are truly outstanding. 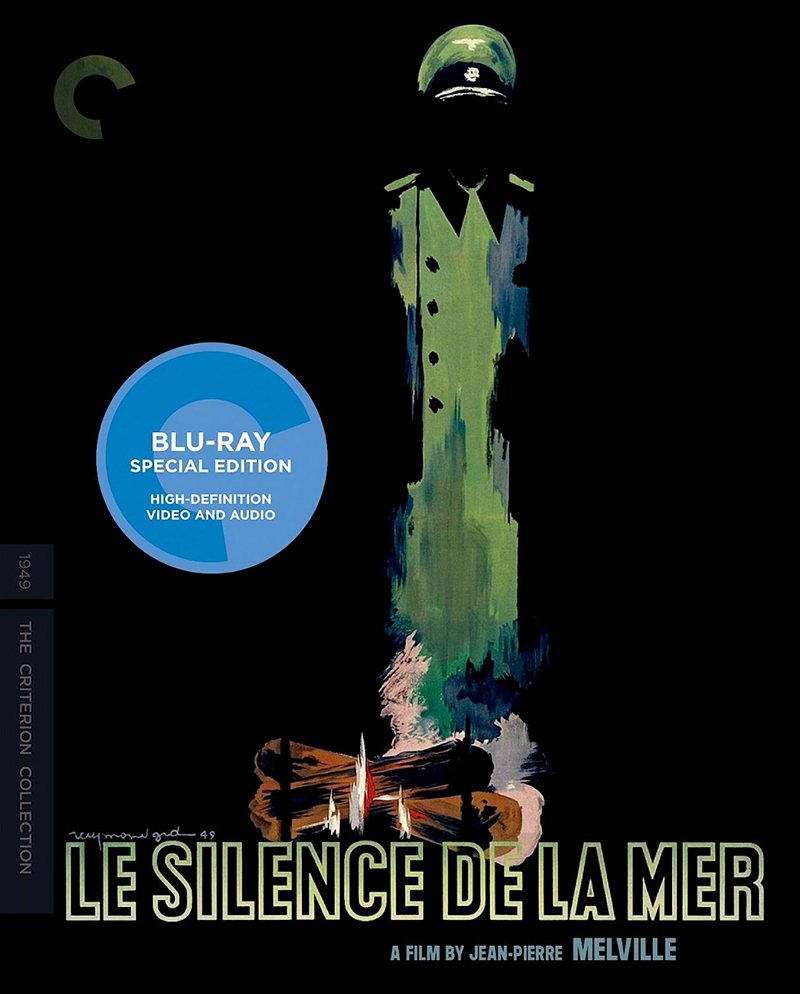