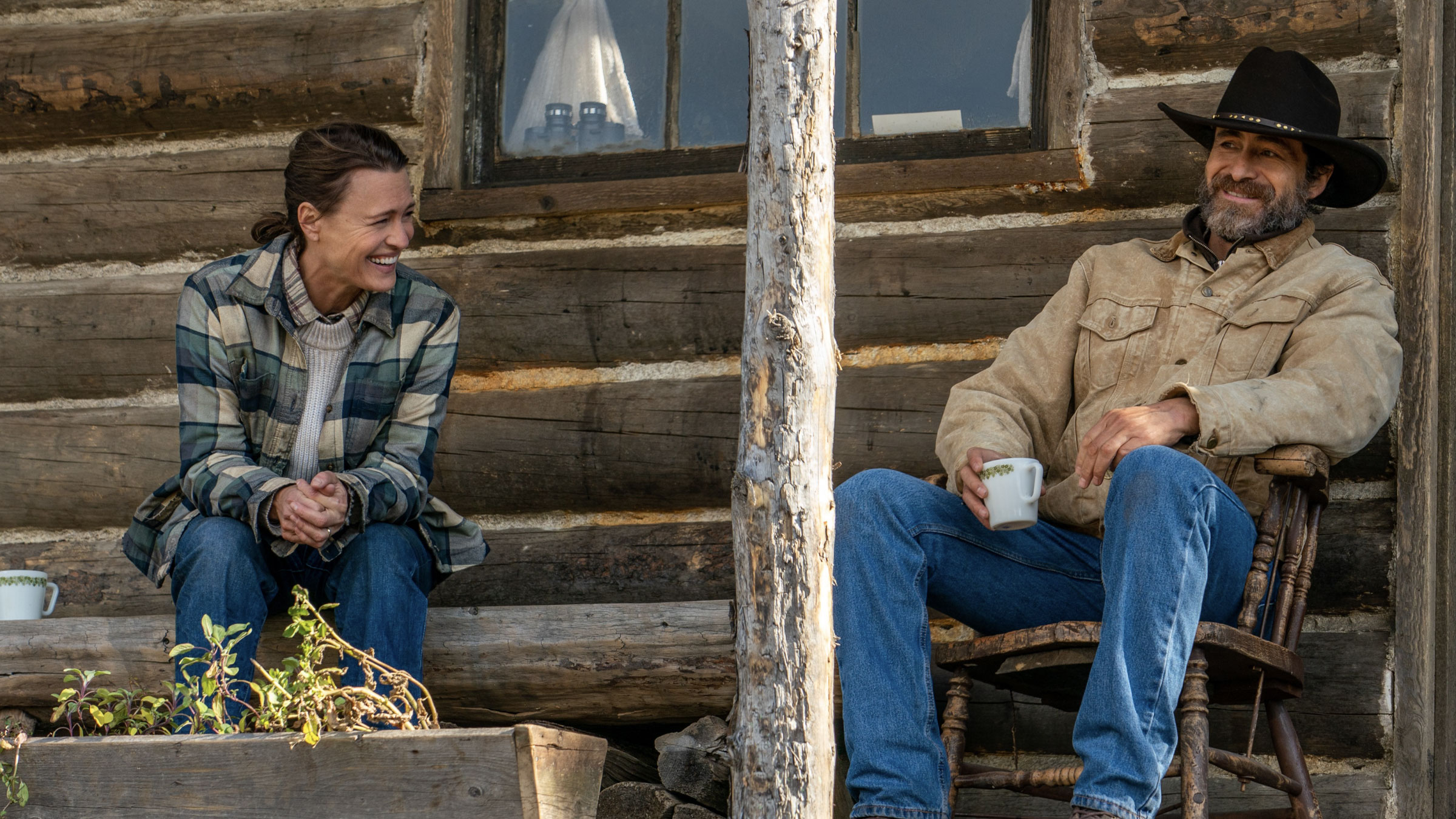 I can’t be the only one who, at one point in time, has thought “you know what, I just want to get away from it all.” Then I’m reminded of how much I’m a slave to technology and my materialistic ways and that thought goes away, deep in the recesses of my mind not to be heard for another few months. Well, guess what – there are those of us who do want to get away. They live off the land and for whatever reason, seem to like it. In Land, Robin Wright’s directorial debut, we learn near the end of the movie why she’s doing what she did, but it’s a bit beside the point. And, oddly, this wasn’t the first film like this in the past year. So if films like this are up your alley, there’s no shortage to choose from.

Edee (Robin Wright) lives in a tiny wooden cabin on the side of a mountain, far removed from civilization. She’s in pain, but we don’t exactly know why. What we do know is that pain is driving here away from everyone she knows. She lives without electricity, running water and anything resembling technology. And there are the usual accompaniments that come with living this lifestyle, namely trying to use an outhouse in the middle of a blizzard. This such incident leads Edee to a chance encounter with Miguel (Demián Bichir), a man who nurses her back to health after she nearly succumbs to hypothermia. Edee doesn’t want Miguel around, but it’s clear that she needs him. An agreement is reached in that he’ll come back to teach her the basics (how to hunt, skin a deer and so forth) after which they’ll part ways. Of course, there’s more to it than that…

I’ve been a fan of Robin Wright’s for quite some time, dating back to her role as (you guessed it) Princess Buttercup in The Princess Bride. That and her role as Jenny in Forrest Gump are likely her two most recognizable roles. But, like anyone who’s been in the business for as long as she has picked up things along the way. In this directorial debut, she’s put to use her skills as an actress for the last several decades. Land isn’t an edge-of-your-seat thriller and it’s not meant to be. Rather it shows the more human side of characters and characters that we know are out there. It’s a small cast on a grand scale that gives you new appreciation for the things we take for granted on a daily basis. The performances by Wright and Bichir are both amazing and it’s a shame that neither were nominated for an Academy Award (or Oscar or whatever they’re calling it now). Nevertheless, if these kinds of films are up your alley, give it a viewing – it’s worth it.

As we might expect, Land has some breathtakingly beautiful shots. Granted, these are few and far between, but it does showcase how majestic some of the scenery is and its a credit to cinematographer Bobby Bukowski who captured it. Filmed in a rather unconventional and “narrow” aspect ratio of 1.66:1, there’s a bit of windowboxing going on – something that’s not too common these days. Nevertheless, all the usual caveats apply with razor sharp detail, strong contrast, naturalistic flesh tones and the like. Universal’s Blu-ray delivers the goods here, not that we’d expect anything less from a day and date film on disc.

Like the similarly-themed Nomadland, this one isn’t going to light up the room with dynamic audio. Yes, there are a few moments where I was impressed, but by and large this is a dialogue-driven film. I found the use of surrounds in some scenes a nice touch, adding a bit of naturalistic ambiance to the mix (pun fully intended). Vocals are as we’d expect – lifelike and clear. It’s a good-sounding track, though not one that will test the limits of your system by any means.

From Jeremiah Johnson to Into the Wild to Nomadland, this is one of those “off the grid” films that shows the struggle of the human spirit as well as the willingness to survive in a sometimes cruel world. Actress/Director Robin Wright clearly has a knack for this sort of thing and it wouldn’t surprise me to see her behind the camera again. Universal’s Blu-ray looks and sounds good, though I’d suggest this as a pickup for serious fans only.