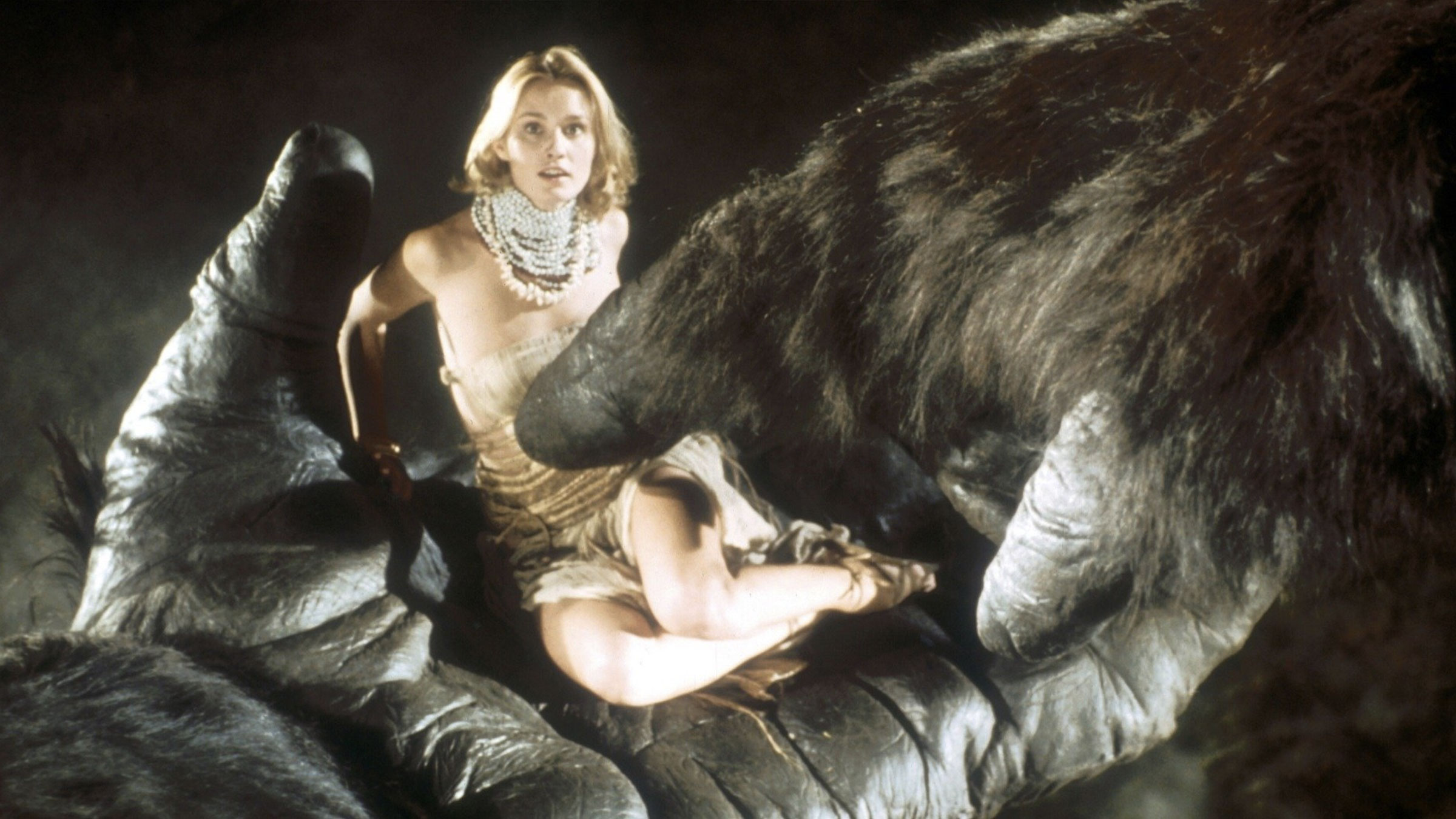 Prior to this review I can’t quite recall if I had seen this version of King Kong. When I saw it was getting a new release, along with the extended Television cut, I knew I had to check it out. There are many noteworthy anecdotes about this film which was the most expensive film to be made at the time and the widest release at the time, and also the first to utilize practical effects the way it did. It was also the starring debut of Jessica Lange. While the film can feel dated at times, it’s also still quite entertaining, and Kong himself doesn’t look half bad here. More contemporary viewers might be used to later incarnations with the title character with CGI and more modern effects, but in many ways, that’s what makes this version so special is that films just aren’t made this way any more.

The story this time follows the Petrox Company and their search for a new oil reserve on the infamous Skull Island. Jeff Bridges plays Jack Prescott who is the desperate hero who always seems to rattle more than a few feathers. He even sneaks onto the ship headed for Skull Island. Making her screen debut, Jessica Lange is the “Beauty” which catches King Kong’s eye. What would our story be without an oil tycoon with a motive? Well we have that here in the form of Charles Grodin’s Fred Wilson.  Most of us know where the story goes and where it will end, especially once Kong arrives, but that doesn’t harm the film. We’ve heard the famous line “it was beauty that killed the beast”. The climax in this version takes place on top of the world trade center where Kong ferociously fights for his life. I admit that the ending does get me a bit emotional. I felt it the most in Peter Jackson’s 2005 remake, but a feeling not far from that arose in this version. While I don’t think this is the inferior version of this story, I do think it is a very effective one and one worth viewing. I found the pace to be a bit too slow for me in the first half, but it does pick up once our title character emerges. It becomes quite a bit of fun from that point on as well.

Worth noting is that this set includes the TV version that adds nearly 50 minutes of extra footage. Having that cut in this set is a major plus, and it’s worth checking out if for no other reason than comparison sake. But I will say it will always be the theatrical version that I return to. Still, there’s enough interesting new footage that if you have more time to devote to this, it’s worth investing your time.

My thoughts here are pretty much toward the theatrical cut, which looks amazing, but the TV version is great as well. Speaking of the latter, it comes from a new 2K scan and I was surprised by just how clean it looked. There’s a note prior to the TV version telling us how they decided to preserve the theatrical aspect ratio 2.35:1 and about some scenes where audio might be out of synch or missing. Taking these bits into account, the presentation is still top notch. Whichever version you choose, you should enjoy the visuals just fine.

The theatrical cut is given a DTS HD 5.1 and restored 2.0 track while TV version is given a 2.0 track. Across the board, these tracks all presented the film nicely. Sometimes I had to raise the volume to some of the vocals, but it never became a clarity issue. Surrounds kicked in appropriately when needed, especially during the heavier action moments. All things considered, I felt very impressed with the results here.

Whether it’s your favorite Kong entry or not, this set is well worth owning for fans. Our title character is frightening when he needs to be, yet lovable as well. The cast all do a good job, and Jessica Lange is very easy on the eyes, in her screen debut. Having the TV version is also a very nice touch. While the features are plentiful, I do wish a more comprehensive documentary was included featuring some more of the cast, but that’s a small nit to pick. This set comes highly recommended.