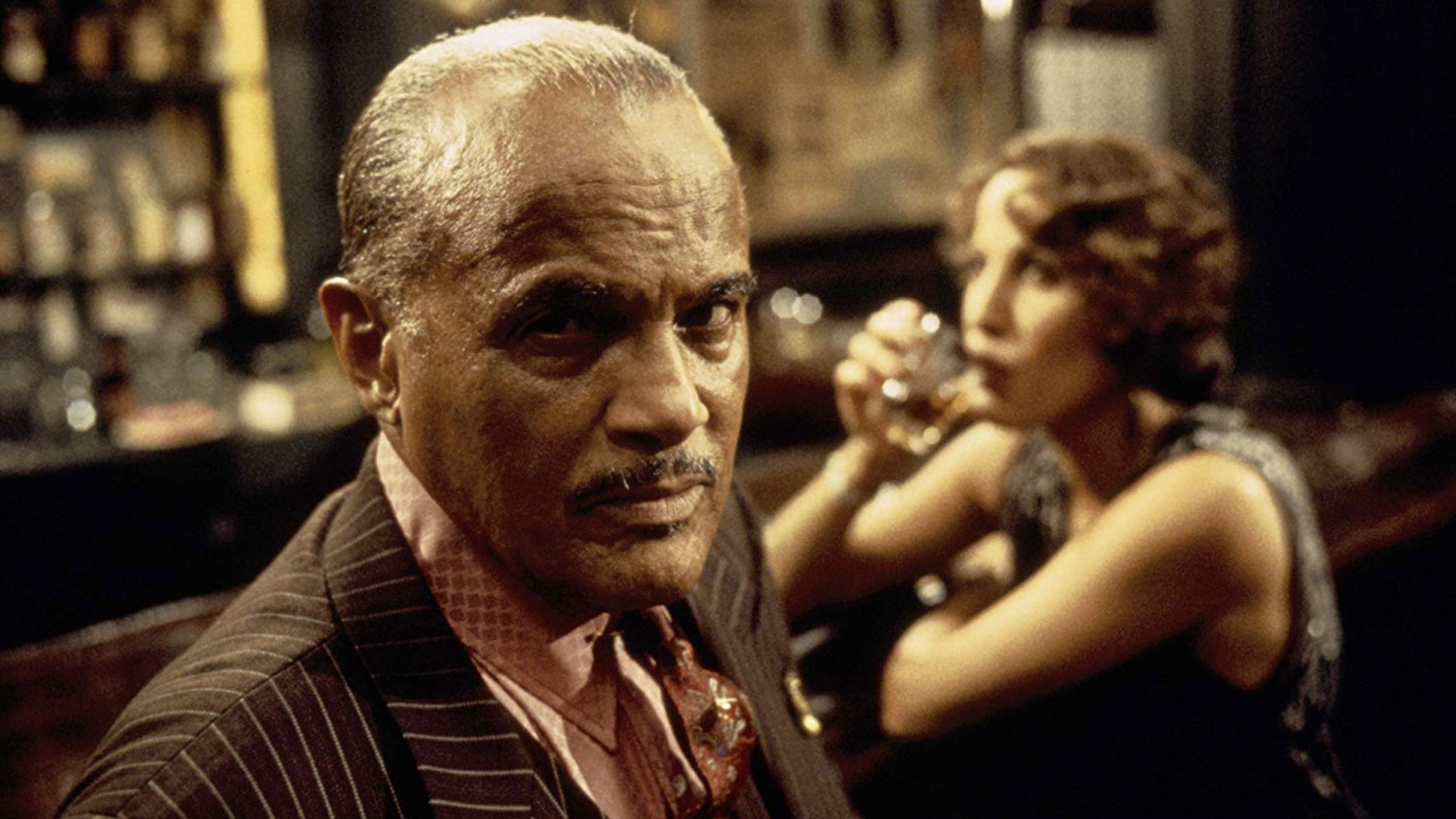 Robert Altman ranks as one of my favorite directors. His inability to make films any way but true to himself set him apart from other directors and the Hollywood system at large. The list of classic films by him is too long to list, but some of my favorites are McCabe & Mrs. Miller, The Long Goodbye, M*A*S*H, Short Cuts, and The Player. One of the best aspects about Altman was that he stayed busy all the way until his death, which means there are still tons of his films that I have not yet seen. I was excited to see that Arrow Films was releasing his 1996 film Kansas City on Blu-ray which gave me a chance to view the film.

Blondie (Jennifer Jason Leigh) arrived at a house of a Mrs. Carolyn Stilton. The maid lets her in and she check’s her briefcase before she can go upstairs. She’s clean. She heads upstairs and asks Mrs. Stilton where her husband is. She then points a gun at Mrs. Stilton (Natasha Richardson) and asks when he will be home. Blondie’s husband Johnny (Dermot Mulroney) had robbed a man named Sheepshan in one of Seldom’s cabs. He had worn blackface to hide his identity but was found out. Seldom Seen (Harry Belafonte) has his men go grab Johnny, because Sheepshan was planning to spend a lot of money playing cards in one of the games held by Seldom. When Blondie shows up to ask for her husband back, he replies that she can have him back in a sack or a box. Blondie uses Carolyn as a bargaining chip to force the politically connected Mr. Stilton to go rescue her Johnny from Seldom and his men. If he doesn’t save Johnny, she is going to put a bullet through Carolyn’s head. The film follows all these characters through the night in 1934 Kansas City as the city elections are about to take place.

In 1996, Altman had just had a career high with the release of The Player and Short Cuts, followed by the poorly received film Ready to Wear. With Kansas City, Altman was revisiting the city of his childhood armed with the memories of his nine-year-old self. Altman’s inimitable style is on full display in a film that reminded me a little of Fellini’s Amarcord. As the propulsive soundtrack blasts jazz from the Hey-Hey Club, gangsters, political henchmen, union station workers, politicians, and black cabs fill the streets. The film is full of energy and Altman described it as being a sort of jazz poem.

Critics were divided on the results, but I have a feeling that if they watched the film again, they would come to appreciate it. I personally thought the overall energy in the film was pretty fantastic. It helps that Altman made sure to pay nods to the jazz greats that were up and coming in 1934 – Count Basie is playing jazz while a young Charlie Parker watches from the rafters. That is pretty hard to dislike.

The film has a strong performance by Harry Belafonte, who commands the screen and has an imposing sense of menace as Seldom Seen (who was based on a person who existed.) Jennifer Jason Leigh is well cast as Blondie, which should come as no surprise to anybody who saw her in The Hudsucker Proxy. She has a knack for playing fast talking dames. Miranda Richardson is every bit her equal as Carolyn. The ways in which their two characters never quite connect gives the film a strong sense of how the haves are divided from the have nots.

The finale of the film received some criticism for being bleak. Personally, I thought the finale drove home the points the film wanted to make. I would love to talk more about the power dynamics of the finale, but I don’t want to spoil anything.

Arrow presents Kansas City with a good looking AVC-encoded image in 1.85:1 aspect ratio. This visual presentation is good, but it does have some of the soft focus that one would expect from an Altman film. The film looks great on Blu-Ray for the most part with a muted brown, black, and grey color palette that reflects the time well. From what I could see in the special features this was a big leap in quality from the DVD release.

The audio presentation on Kansas City works well. The film features a solidly done DTS-HD MA 5.1 track which adds solid surround effects and a DTS-HD MA 2.0 track that preserves the original sound design well. This film has a bombastic quality to it from the excellent jazz soundtrack. I thought it sounded great.

I really enjoyed Kansas City. While the film is not perfect, I do feel like it is highly underrated and deserving of a new appraisal from critics and film lovers. The film was largely criticized for being bleak, but in a time where our society is constantly examining the structures that divide the powerful from the weak the film feels prescient and possibly just a little ahead of its time. Arrow has done a great job of providing a healthy-looking transfer and some good supplements. Recommended.