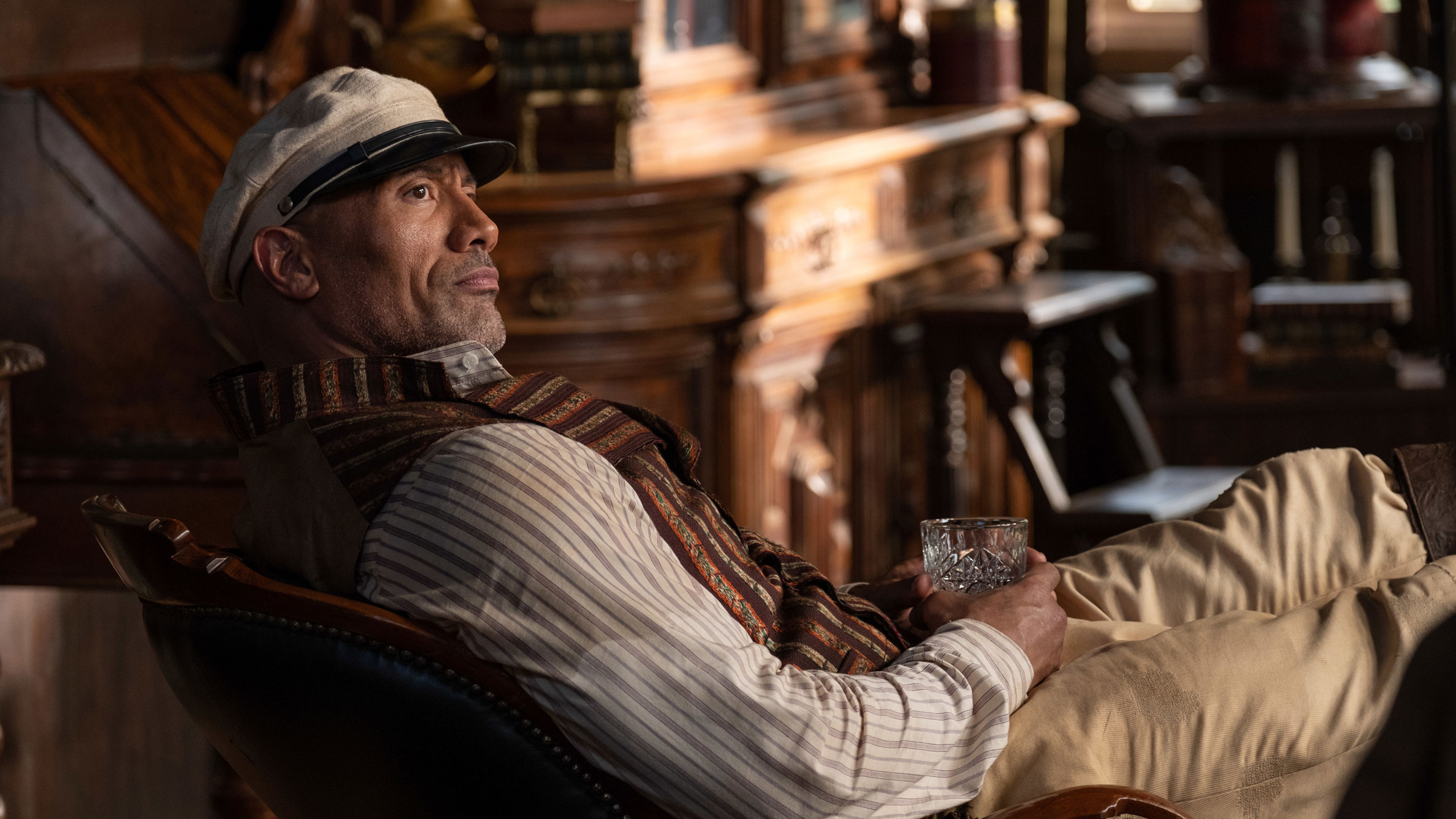 Long delayed due to the pandemic, I was somewhat anticipating Jungle Cruise when I first saw the trailers. Granted, it didn’t look like anything out of the ordinary, but Dwayne Johnson is usually a dependable star, and we don’t get as many live action family films these days as we used to. The film, which had a hybrid release late this past summer, was a modest hit and overall, remains a fun piece of escapism with the right expectations. While the film is most certainly a modern adventure, it brings back memories of the old adventure films from yesteryear.

We meet Frank Wolff (Dwayne Johnson) who is a cynical steamboat skipper who entertains people along with his pet lion. He is presented with a task of guiding two explorers, played by Emily Blunt (Dr. Lily Houghton) and her brother Macgregor (Jack Whitehall) who is something of a bumbling buffoon. We’ve seen enough films that we know Frank will decline their offer only to accept it later on. In other words, he reluctantly agrees. They’re after an ancient weapon that could revolutionize medicine and change the world as they know it. The film explains things in better detail, but really the ploy is just an exercise to show off some exciting adventure sequences and action as well. And it does so well. Some complained about the overuse of CGI, but none of that bothered me. I was willing to go along for the ride largely because the film remained fun and had the curtesy to not take itself too seriously.

Is Jungle Cruise a new classic? No, but it kept me with it and even throws in a last act twist that will either have viewers on board with or not. I didn’t find it too upsetting, but it wasn’t expected. The cast keep things lively here as well. Johnson isn’t stretching his acting muscles, but he’s an appropriate star for the film. Blunt does fine as well. Enough to hold her own and not become too annoying. I like that it offers family entertainment, but the PG-13 rating helps it find a nice balance of more thrilling scenes without going too far over the edge for the young ones.

The 2.39:1 AVC HD transfer will simply be me repeating my usual remarks about how nice the film looks. Remember that for such a recent film and one that I am most certain was shot digitally, one should only expect the best results. I did see the film in theaters and this viewing did seem to at least match it in terms of colors and depth and strong details. All things modern viewers will probably be looking for. I can’t speak of the 4K counterpart, but one can rest easy that the details are fine here.

The DTS HD track also rocks. This is a busy action/adventure film, so one can expect the track to present things nicely. Vocals are crisp and the channels all stayed busy throughout. In many ways it adds to the experience as it makes you feel as if you’re right there. All things told; this track pleases.

This is an example of a good ‘ol family entertainment. It’s live-action and has the star power and enough thrown at us to keep us with it. I am becoming a “one and done” type of viewer so I don’t need to see this over and over, but I still recommend checking it out at least once. You may even feel more than comfortable owning it.