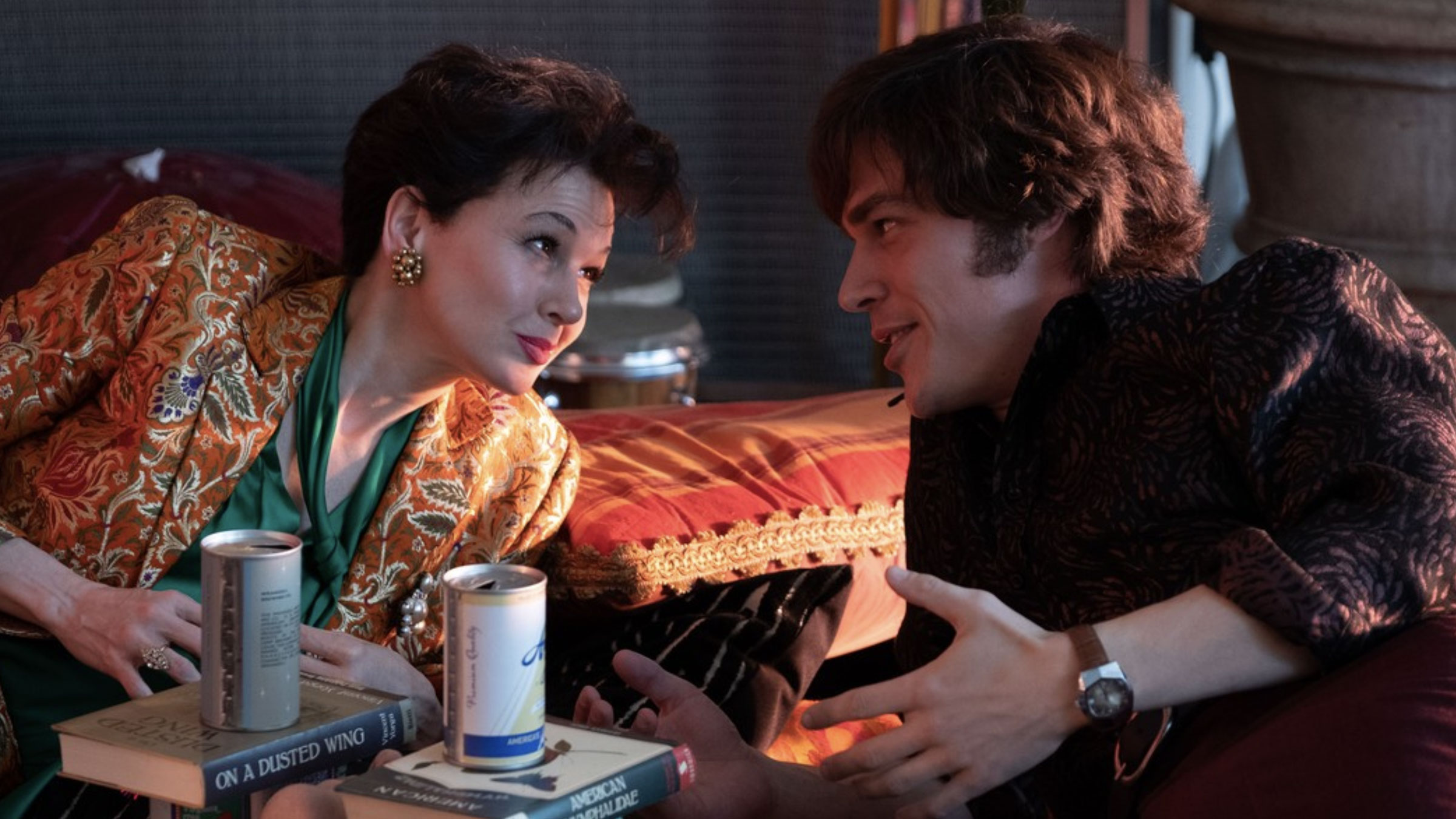 I admit to being more familiar with Judy Garland by name more than her films. She is widely known as Dorothy from The Wizard of OZ, but she is one actress I never followed as much as I did many from that era. Judy is also a film I might’ve passed over all together if having not been asked to cover it. I had a friend praise it and speak highly of Renee Zellweger as the title character, but it’s just not my type of movie. The film gives a biographical look at Judy Garland with focus being on her later life. Garland would live to be only 47 when she died on June 22, 1969 of an overdose of Barbiturate. Garland was very multitalented and the film focuses on a string of sold-out concerts from 1968.

We’re treated to various points of Garland’s life as the film can flip flop between different times in her life. We encounter the various people who came into Garland’s life, such as Sid Luft (Rufus Sewell) and Mickey Deans (Finn Wittrock). The film also gives glimpses of Judy at a younger age when she was filming Wizard of Oz. The teen Judy is played by Darci Shaw) who does a fine job. The film also nicely recreates an earlier era which comes across as authentic and doesn’t feel forced. There’s a clear focus on Garland’s later life and that is welcome as many biopics try to bite off more than they can chew. Unfortunately there’s another downside to the film. It feels a bit too predictable and glossy much of the time.

Much praise has been given to Zellweger for her performance and it’s a fine one, but the film rarely rises up to the occasion. I found much of it just downright boring at times. Some of the flashbacks take away from the main focus and can feel distracting. The singing in the film is fine, but the film feels more like pieces cobbled together than an actual film. It might please Garland enthusiasts, but it did little for me.

With an AVC encoded 2.39:1 transfer, the results looked about as I expected. In short, that is a good thing. Colors were on point and background details were strong as well. A lot of the visuals in the film highlight the simplicity of the era and come across as natural. Flesh tones were accurate as well and colors rich. Fans should be pleased.

The DTS HD track does just fine as well. The musical numbers kick things up, but this is largely a talky sort of film, but it does fine for what it is. Nothing will make this the best track you’ve ever heard, but it does well enough for the topic at hand.

While Judy failed to click with me, I do feel that the intended audience will take more away from it than myself. It isn’t a terrible film, but seems fairly ordinary. Rent it for those interested.