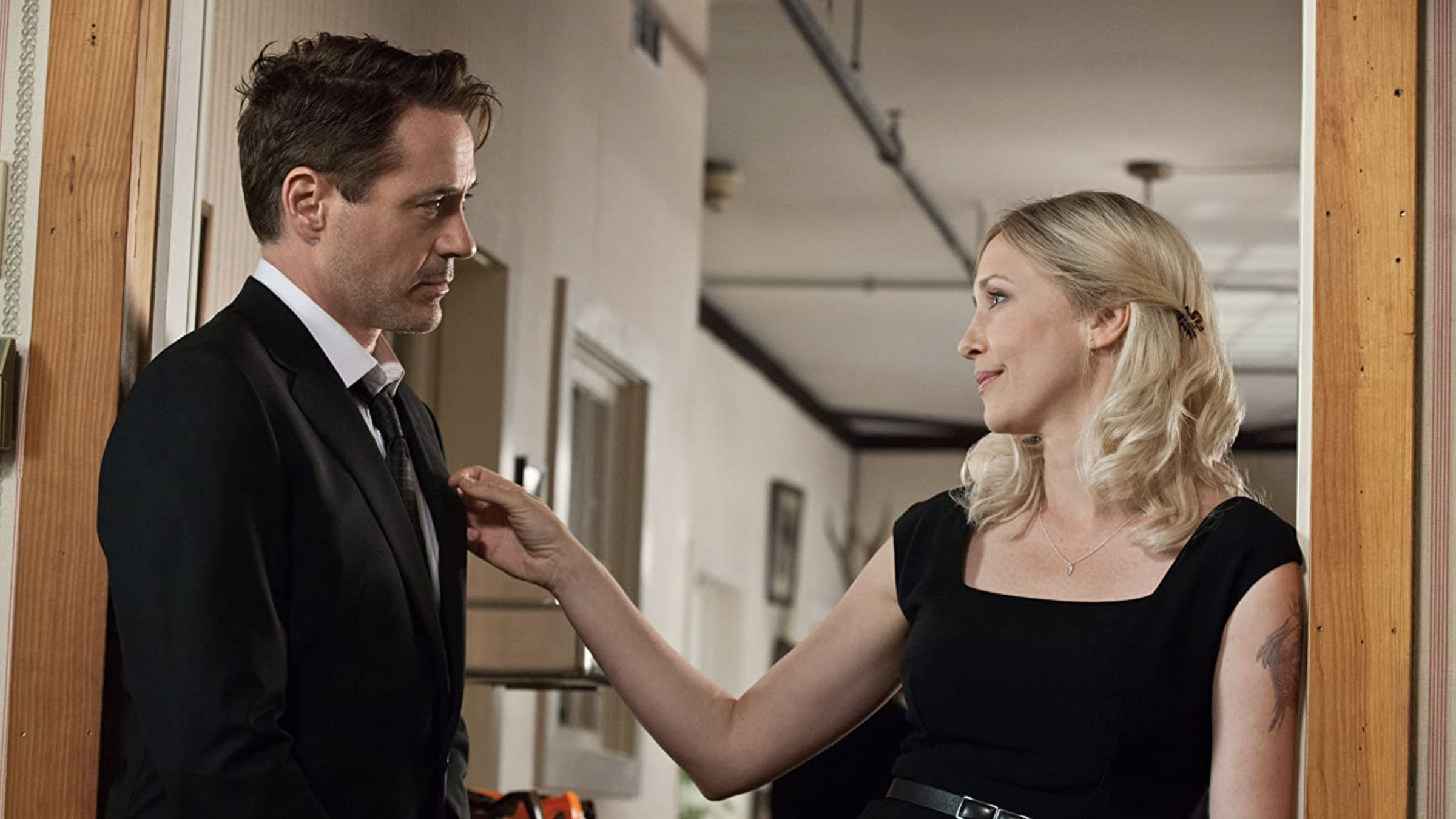 Robert Downey Jr. stars as a hot shot lawyer, Hank Palmer who returns to his hometown to defend his father, Joseph played by Robert Duvall. Joseph is a judge who is well respected throughout his town, but gets into trouble one night when he’s involved in a possible hit and run accident. The accident did indeed leave a young man dead, but the specifics are part of what drive the central plot forward. A few other familiar faces show up, including Billy Bob Thornton who is a lawyer going against Judge Palmer, Vera Farmiga tends a bar and also has a history with Hank. Then, we get Vincent D’Onofrio as Hank’s brother, who doesn’t always seem to have his priorities in order. There are quite a few developments involving the accident and the judge’s intentions that night. These elements prove to be the most satisfying, but the film quickly loses its way, often resorting to a dull romantic subplot to one too many conflicts between Hank and his father.

I recall seeing previews for this film shortly before its theatrical release and thinking it’s a sure-thing. It has a first rate cast, fairly intriguing setup and seemed like the kind of courtroom dramas that we used to see a lot more of during the 90’s and 80’s. Sadly, the film is never more than average. As mentioned, there are just far too many scenes with Hank and his father bickering. Seriously, there could be a drinking game where you take a shot every time one of these characters brings up a moment from the past and gets teary eyed. It just became too much for me after a while. The main plot involving the accident would’ve been fine enough, but the film keeps throwing things at us. There’s also the whole romantic subplot with the Farmiga character who also has a few secrets of her own. I didn’t even get into the scenes involving the judge slowly losing his mind. If I never see Robert Duvall defecate again I think I’ll be just fine. Don’t even get me started on the film’s exhausting 141 minute running time. Why on earth did anyone think this length was appropriate? It wears us down so much that we become more relieved that the film is finally over rather than leave us with a memorable impression. I hate to be too hard on the film as it certainly seems to have its heart in the right place, but the heavy handedness of it all is overbearing. Melodrama is kicked to the max and ultimately undoes whatever pros the film might’ve earned. Despite a strong cast, The Judge really misses the mark. I wanted to enjoy this film, but too many detractors stopped that from happening.

Obviously the entire movie doesn’t take place in a courtroom, so we’re treated to a variety of locales that really showcase the 2.40:1 AVC HD image.  Given the diversity of the film, there’s a bit of inconsistency in the image. I found a few scenes to be a bit on the cooked side while others seemed a bit on the lighter side. This isn’t anything to lose your mind over, mind you, but it’s not totally consistent with the high bar that Warner has set with some of its titles.  Still, black levels are nice and solid, detail is top notch and the overall quality should please.

Aside from a few minor moments where the surrounds add some emphasis, the overall mix for The Judge is what we’d really expect – nice and even. Granted the score does have a few moments, but by and large the fronts handle the burden of the DTS HD Master Audio soundtrack. Vocals are rich and pure, Duvall’s clearly grizzled voice resonates and it’s hard not to picture Robert Downey Jr. as Tony Stark when he speaks – still, the dialogue is crisp and clean as we’d expect.