I can still remember the first time I saw Saw (2004) and seeing Carey Elwes’ character chained up in a dimly-lit room. The movie spawned a series of sequels and gave us a villain to remember along the lines of Freddy, Jason and Michael (I would think that I need not mention their last names). I watched the first few movies, but they kept coming out year after year (at Halloween, no less) and I kind of gave up on them. It wasn’t that I didn’t like them, moreover it was just the same thing each and every time. In 2010 Saw: The Final Chapter was supposed to close the book on the franchise and the main character, John Kramer (Tobin Bell) was pretty literally…dead. So here we are in 2017 with a “reboot” of sorts. God bless ya Hollywood, never let logic get in the way of making a few extra bucks.

Those familiar with the franchise will be right at home. We meet a quintet of folks all who have presumably done something really, really bad and we can connect the dots from there. More interestingly we meet Logan Nelson (Matt Passmore), a morgue analyst and Detective Halloran (Callum Keith Rennie) who are trying to piece (literally) things together. As the five characters slowly dwindle one by one (don’t get too attached to any of them), we meet a few others on the outside who may or may not have something to do with the bigger picture. Could it be Nelson’s oddly-attractive and Jigsaw-obsessed assistant Eleanor (Hannah Emily Anderson) or someone (or something) else?

Since it’s no secret that Tobin Bell is in the film, I can say without any spoiling that he’s in it and, yes, he plays his the title role. I’ll leave any explanation as to how and why out, but suffice it to say that if you missed John Kramer – he’s baaaack.

Directed by The Spierig Brothers who helmed one of my recent favorites, Daybreakers, they take a few liberties with this well-established franchise. And that’s ok. As I’d mentioned above, I missed out on the last few Saw films (this one makes the eighth in the franchise) and evidently there’s a Usual Suspects moment at the end of this one. I guess I’ll either have to read a spoiler or watch the other films. Suffice it to say that the movie is entertaining and fans of the franchise should feel right at home. I’m amazed at how many sadistic traps that can be made for these films. Nevertheless, I’m becoming redundant. Fans of the films, you know who you are.  So get to it.

As is the case with horror movies in general as well as this particular franchise, Jigsaw is a very dark movie. The included 2.40:1 AVC HD image handles the darkness with relative ease, however. Shadows are lacking in artifacting and contrast seems strong. Detail is, as we’d expect, razor sharp and this is of utmost importance when you’re being buried alive in a grain mill. A few of the interior shots had a bit of a softness to them around the edges, but aside from that it’s a great-looking film and one that’ll certainly satisfy blood-thirsty fans.

Surprisingly Lionsgate has given us a Dolby Atmos track on the Blu-ray (it’s also included on the 4K version) and it makes liberal use of all the channels.  Vocals, in particular Tobin Bell’s raspy, deep voice, sound the part. Some surround effects add for some extra emphasis which again is a good thing when you have a man dropped in a blender. The thing that impressed me were the atmospheric effects that really bring the viewer into the film. I’m really loving Dolby Atmos tracks and thankfully there are more to come.

As I mentioned above, there are a few of the Saw movies that I missed. But this one seems to be in the same vein as the earlier ones, minus the critical acclaim. I had no problem with it, it was fun and entertaining but it just didn’t seem to have the same panache as the first few. Nevertheless, it’s good-looking and the included documentary is something that must be seen. 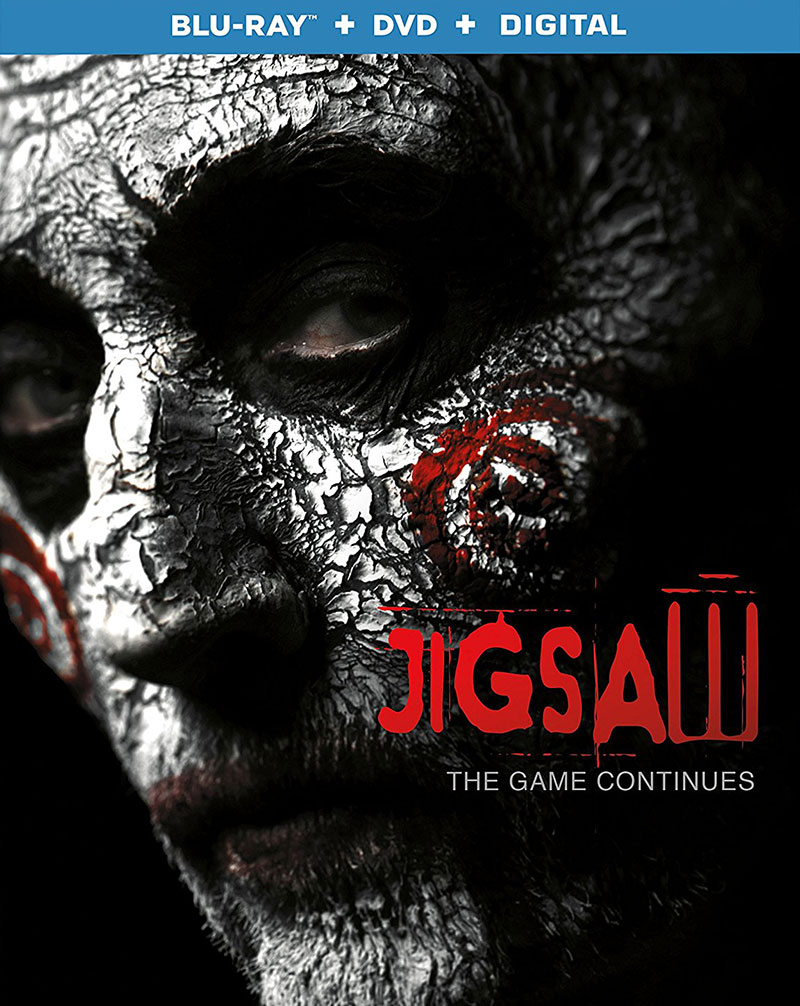