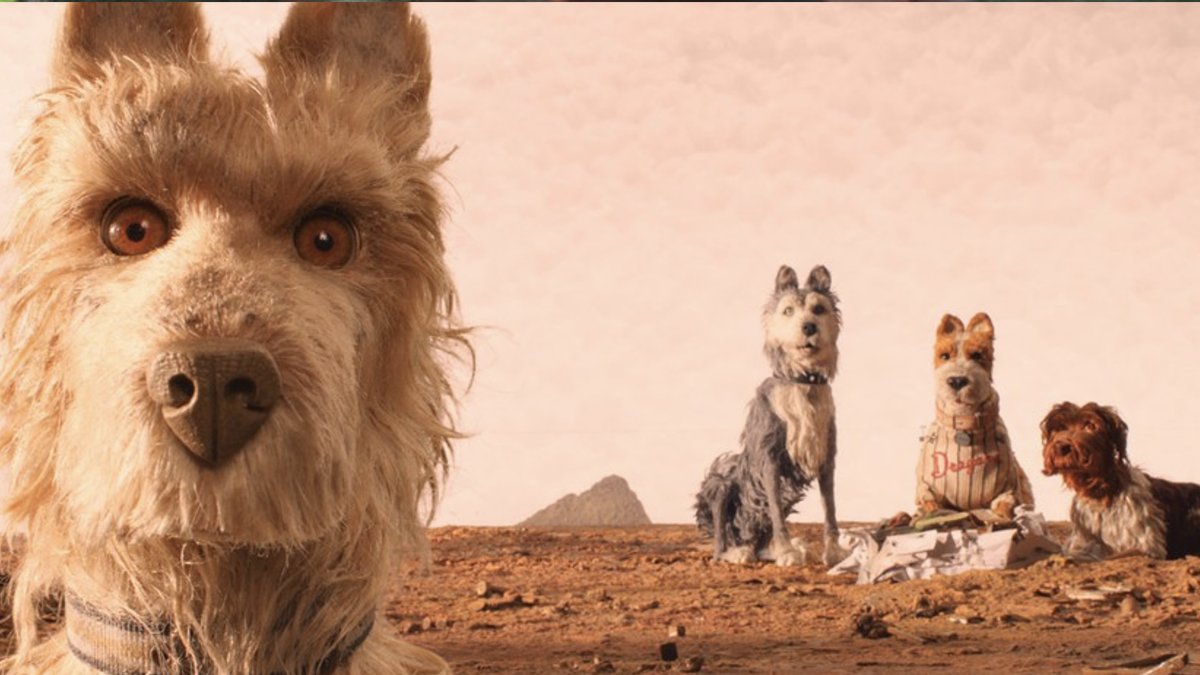 I was channel surfing about twenty years ago when I stumbled across a movie I’d not seen or heard of. It starred a then unheard of duo of actors: Luke and Owen Wilson. The movie was Bottle Rocket. They were attempting to be career criminals, but missed some pretty important elements of planning. Anderson hit the “big time” with his next feature Rushmore. It made Bill Murray a big name again and gave us Jason Schwartzman – both actors I adore. Perhaps my favorite Anderson film is 2001’s The Royal Tenenbaums, a story of family on the most literal level. Since then, Anderson has given us countless other enjoyable films and even experimented with stop-motion animation with 2009’s Fantastic Mr. Fox – another personal favorite of mine. Isle of Dogs has brought back the stop-motion movie and what a thankless job that must be as filmmaker.

Set in Japan sometime in the near future, we find that the country’s canine population has been infected with a virus. The mayor of Megasaki City, Kobayashi (voiced by Kunichi Nomura) has taken a proactive measure and banished all the pooches to a nearby remote island. Spots, the “leader” of a group of dogs, was also the protector of Kobayashi’s orphaned nephew Atari (voiced by Koyu Rankin). Atari heads off to the island (known as “Trash Island” since, well, that’s where the city’s trash is located) to find his long lost pup. On the way he meets Chief (voiced by Bryan Cranston), a dog who refuses to accept a master. Regardless, Chief agrees to help Atari look for Spots at the behest of Nutmeg (voiced by Scarlett Johansson). Helping with the quest is Chief’s “entourage”: Rex (voiced by Edward Norton), King (voiced by Bob Balaban), Duke (voiced by Jeff Goldblum) and Boss (voiced by Bill Murray).

Those familiar with Anderson’s films will recognize several of the names as they’re regular cast members. While I didn’t find Isle of Dogs quite as entertaining as Fantastic Mr. Fox, it was a tough act to follow. Not only was the source material from Roald Dahl, but George Clooney essentially stole the show with his vocals. Anderson’s films have a very different taste to them and I’ll go out on a limb and say that they’re an acquired taste, for sure. But the man can paint a canvas with some beautiful images. I’m also pretty certain that I mentioned this in my review of Fantastic Mr. Fox as well, but stop motion animation must be just about the most frustrating thing you can do. Each scene must take an unimaginable amount of time to frame and stage. If you watch the film for any other reason, watch it just so you can see how painstakingly difficult making a movie like this must have been!

Those familiar with Anderson’s films should know what to expect here: a diverse and object-filled canvas that will occupy every inch of your television screen. Wes Anderson’s live-action films have a “fairy tale” look to them with the candy colored pastel architecture, prim and proper costumes and everything in between. Granted, the locale is a bit different here, but many of the same elements are in place. I wasn’t able to find any errors, compression elements or anything that might have detracted from the on screen beauty. The little nuances in the fur of the dogs (that, obviously change from shot to shot), background trash elements and so forth. If nothing else, this is a visual treat on a different level.

Included is a DTS HD Master Audio soundtrack that isn’t exactly “challenged”, but this is a dialogue-driven film. I’d mentioned above that Anderson’s usual entourage of actors is in place here and with the addition of Bryan Cranston, the stakes have been raised a bit. Each dog has its own personality and the accompanying actor gives him (or her) their own inflection. Granted, there aren’t a lot of directional effects of LFE bursts that’ll shake your room, but that’s not what Wes Anderson’s films are all about. What we have here is a simple, clean and effective track that gets the job done.

The good news is that if you’re a fan of this film, Anderson’s films in general or just have a thing for stop-motion animation – all the boxes are checked. I find that the disc has enough supplements to warrant a purchase, but given that Criterion has most (if not all) of Anderson’s films in their catalog, it might be worth the wait to see when (or if) they get their hands on it. It’ll invariably look just as good and have many more supplemental materials. Then again, it could be a few years off.