In the Heat of the Night: Criterion Collection (Blu-ray)

“They call me Mister Tibbs!”

That’s the famous line spoken in the film In the Heat of the Night by Sidney Poitier. I’m sure there are many that are familiar with that line who’ve yet to see the film. That line is one of the top 100 quotes on the AFI’s 100 list. If you haven’t seen it what are you waiting for? The film was released in 1967 and I’m surprised by how well it’s held up over the past several decades. Poitier stars as Detective Virgil Tibbs. He is passing through town, but is picked up by an officer who assumes he’s up to no good (not to mention the large sum of money he has on him). Little does the office know that Tibbs is actually a detective. A very good one at that. Initially, Tibbs is in a hurry to leave the town and wants little to do with the case, however, when he’s strongly advised to stay and help with the case by the chief he does. Rod Steiger plays Chief Gillespie. He and Tibbs don’t always see eye to eye, but eventually put their differences aside and help each other with the investigation. A murder has occurred and the motive behind it remains a mystery. A wealthy man has been murdered and Tibbs has his suspicions. Over the course of the film we follow Gillespie and Tibbs as they try to track down the killer. Tibbs also has to deal with the racial tension circulating around the town. The film is set in the fictional town of Sparta, Mississippi. I learned through some of the features on this disc that the film was actually filmed in Illinois. I live in Mississippi and can personally say that they could’ve fooled me. This very much feels like Mississippi with the dusty roads and small diners and various thrift stores and what have you. I could feel for the characters in this film just thinking about the sweltering heat. The whole thing just looks miserable, but that’s also accurate to the location so it works in the films favor.

There’s an added level of tension in the film not just with the investigation pending, but also with the racism. Gillespie and Tibbs aren’t exactly a match made in heaven either. That’s another of the films many charms. You’re never quite sure what Gillespie is going to do or say next. His character entertained me and annoyed me all at once. His thick southern accent mixed with him constantly smacking his gum got to me after a while. Yet at the same time, I couldn’t stop watching him. It comes as no surprise that Poitier delivers a strong performance here. Tibbs keeps his cool during several tense moments. There’s a scene where a man slaps Tibbs and he quickly slaps him back. Remember, back in the 1960’s this was not exactly something that was seen a lot, not just in films, but in general. Director Norman Jewison keeps the film moving at a brisk pace and keeps the central mystery front and center. This is the kind of film I could see myself revisiting from time to time. Portions of it might seem dated (as they are), but it’s also very much a product of its time and that helps give it a nice, old fashioned feel.

This isn’t the first time this film has been on the Blu-ray format, MGM had a fairly decent version a few years ago. But when films get in the capable hands of Criterion, things change…for the better. There’s an immediate uptick in terms of clarity, color and detail. I found this to have a more “film like” appearance and while there’s some grain in a few scenes and the print shows its age, it’s not distracting. I’m sure many of the flaws can be attributed to the films natural look and the way it was shot. There’s a bit of softness in some scenes, but never too distracting. This has been given a brand new restoration and it shows on the most literal level. Outstanding.

The DTS HD Master Audio track from the previously-released Blu-ray has been replaced by a mono track. Yes, technically-speaking it’s a step backwards, but in this case it really seems to work. There’s a very clean feel to the whole thing, lines came across with strong clarity. The title song sung by Ray Charles during the opening sequence starts things off on a solid note. His vocals are spread evenly across all channels and help establish the mood for the rest of the film. Poitier’s articulation comes across the channel in the most poignant manner. It’s a nice, if limited, track.

There are some films that age poorly. This isn’t one of them. In fact, it’s probably more poignant now than ever. A worthy winner of the Best Picture Oscar, the film looks and sounds amazing with a new slew of supplements to boot. Highly recommended. 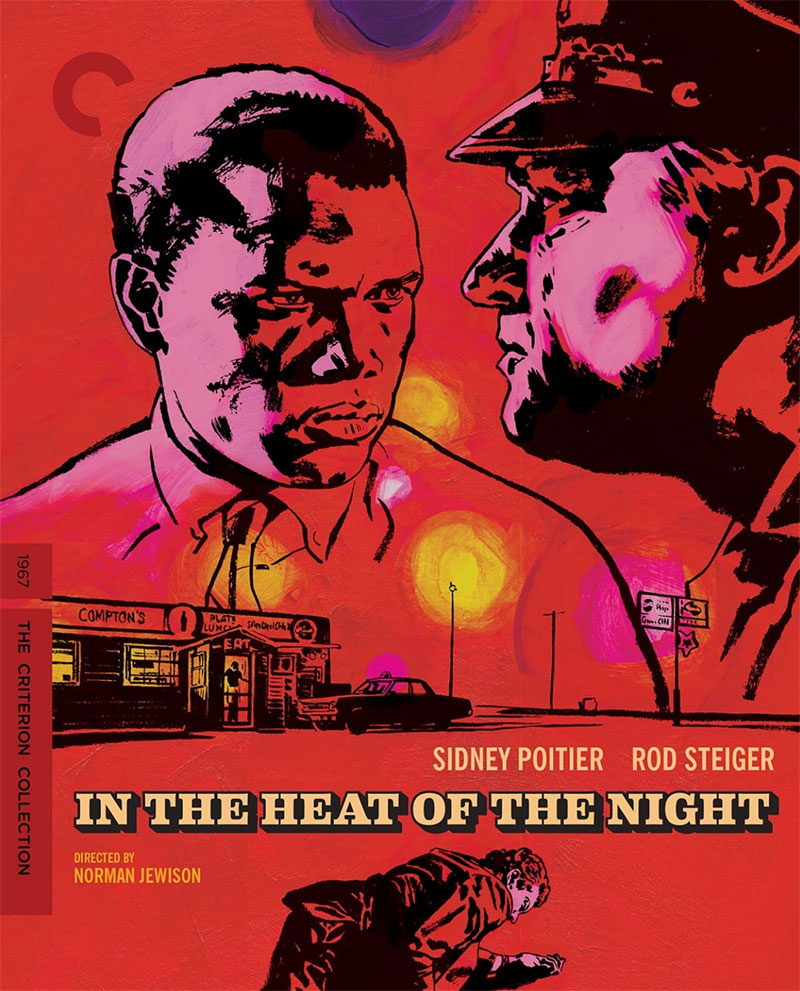