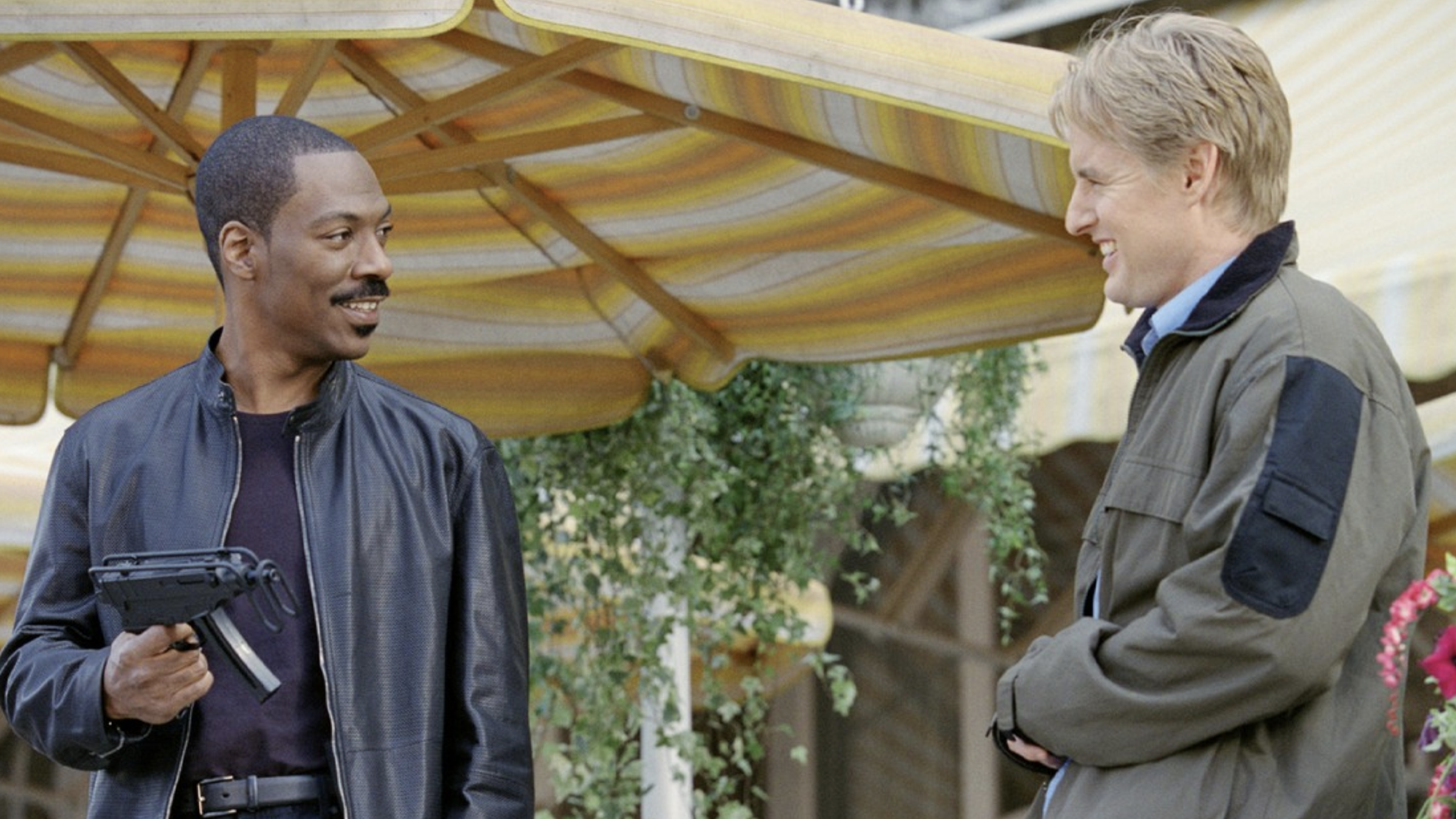 While I-Spy probably won’t be highly regarded amongst diehard Eddie Murphy or Owen Wilson fans, I still really enjoyed it. It’s been years since I had last seen it, so seeing it again now was a nice treat. I won’t call it the best film of either actor, but their natural chemistry and the fast paced plot does more than enough to keep me involved. It is based on the TV show of the same name. It might’ve been dismissed by audiences and critics, but I feel it deserves a look. Check it out, you just might enjoy it like I did.

When a spy plane which has ability to turn invisible is stolen, Agent Alex Scott (Owen Wilson) is paired with boxing champ Kelly Robinson (Eddie Murphy). That might seem like the most bizarre pairing, but the film does at least a semi-convincing way of pitting the two men together. The idea is to have Alex be with Kelly Robinson during his next fight where the villain Arnold Gundars (Malcolm McDowell) is sponsoring Kelly and using the fight as a way to have buyers place bids on the invisible plane he hopes to auction off. It isn’t a bad plot by any means, but the real joy of the film is the interaction between Murphy and Wilson. Kelly constantly refers to himself in the third person and while certainly a goof, Wilson is fairly believable here as a spy. It’s been so long since I saw the film last that I had forgotten a few of the twists. Famke Janssen gets a supporting role here as an agent. We also learn that Agent Scott has a crush on her and there are some fun scenes between them.

Released in 2002, we really don’t get a lot of buddy comedies like these anymore. It was fun revisiting this one. While some elements have dated the film (the cell phones, for one), I was surprised by how well it has held up. I also enjoyed that we actually get to see some good espionage elements too, such as when Alex and Kelly sneak into a compound and have to raise themselves up to the roof before they’re discovered. The film is just a lot of fun and doesn’t ask a lot of the audience.

With an AVC encoded 1.85:1 transfer, the image looks solid, if unremarkable. This is one of those transfers that’s perfectly passable without being great. Still, it looks well enough for me to not nitpick it too much. There are strong details in some scenes and fleshed out colors, even if it doesn’t rise above being good enough. It should sit well with viewers.

Unfortunately, the track leaves much to be desired. It sounded a bit muffled much of the time. We get a DTS 5.1 HD track, but it could use some serious improvements. Some scenes work fine, but the dialogue sounded a bit off. Muffled is the only word I can think of. Too much of it just didn’t sound right. It didn’t entirely ruin the experience, but it’s certainly flawed.

This disc doesn’t have any supplemental features which is a shame since the DVD had quite a few.

While a bit forgotten with the large catalog of both actors, I still enjoyed I-Spy. I saw it with my sister back in theaters and enjoyed it then and I still enjoy it now. Is it hilarious? No, but it kept me amused throughout and the plot is good enough and the natural chemistry between the two stars is evident. This disc leaves a bit to be desired as the audio sounded muffled and there are no extras. Still, it currently has a low asking price that it won’t break the bank and you just might enjoy it like I did. If anything, it’s at least worthy of a rental. 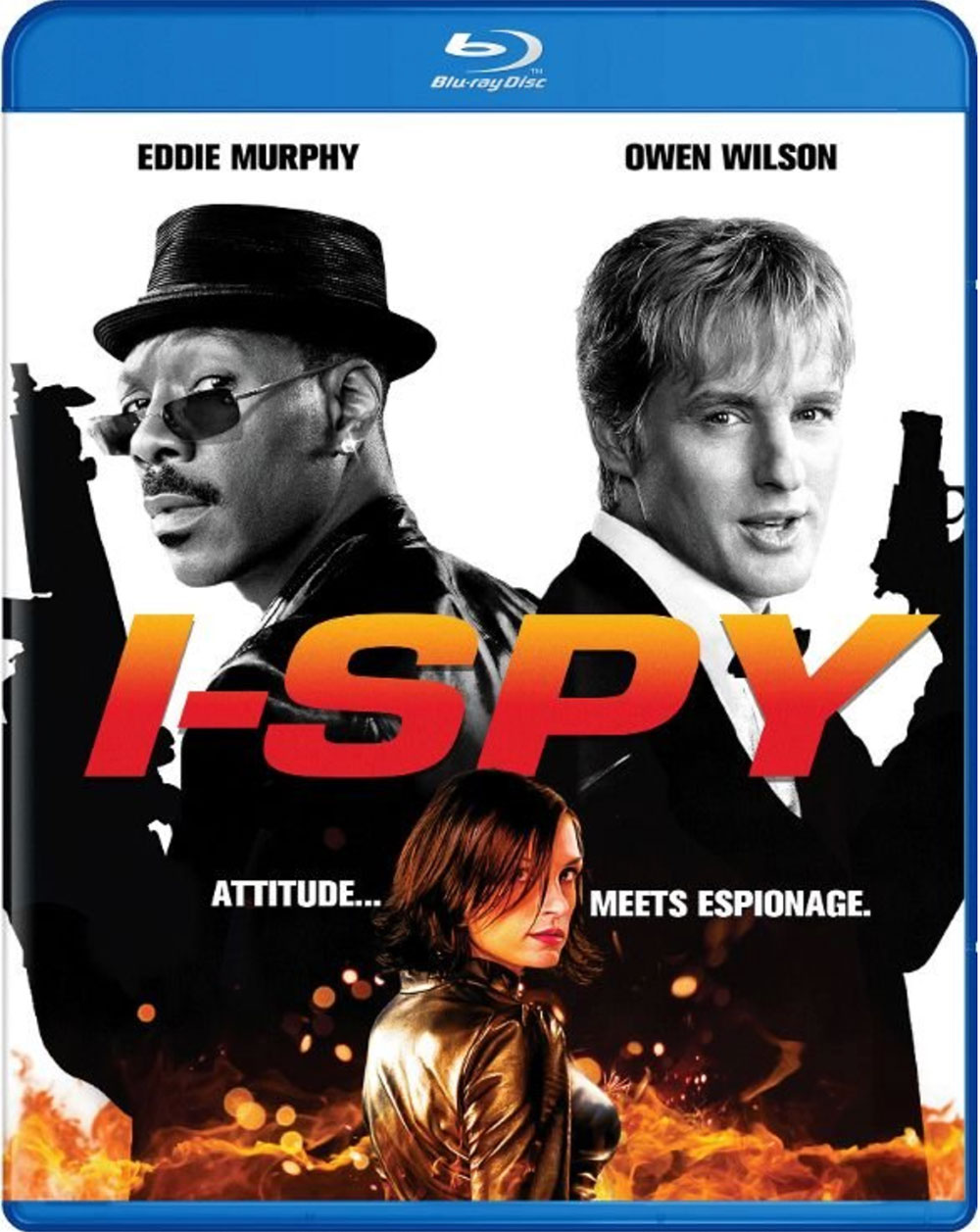