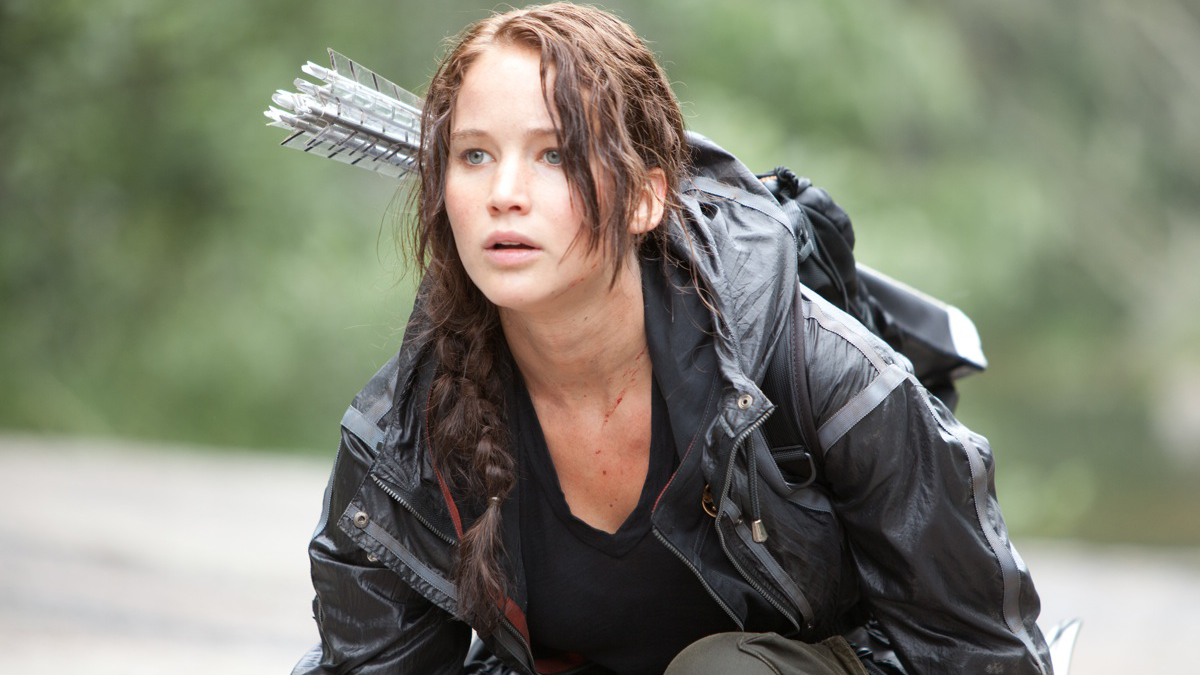 It often amazes me how the littlest, most simplistic things can really take shape and turn into something tangible.  Case in point, author Suzanne Collins was channel surfing a few years back and word has it that she was watching the television show Survivor (you know, the one where they vote people off an island after competing in challenges). Collins then ended up on CNN and was watching some footage of the war over in Iraq and her wheels began to turn.  Essentially she took what she’d seen and eventually came up with The Hunger Games.  Yes, I guess it really was that simple.  Well when you’re an author and have a thoughtful and creative imagination – I guess that helps too.  The book was an instant success and two more followed in the coming years: Catching Fire and Mockingjay. In 2012, the first novel was adapted into a film and the audiences for Harry Potter and Twilight needed something else to follow. As it turns out, the new hero was Katniss Everdeen and this is her story.

The world has nearly been destroyed and a new country has taken shape. It’s name: Panem.  The country is the United States, or what used to be the United States, and in place of states are districts. Twelve in all.  The government is called the Capital and is overseen by President Snow (Donald Sutherland). Once a year, a male and a female representative from each of the 12 districts are chosen at random to compete in the Hunger Games.  Eventually only one will emerge as the victor and will then live the rest of their lives in luxury. These games are televised to the entire country to see and it re-asserts the Capital’s dominance. We then meet our heroine, Katniss Everdeen (Jennifer Lawrence), who, when her sister is chosen, volunteers for the Hunger Games. The stage is set and Katniss is off the literally fight for her life.

There is, of course, much more to The Hunger Games than that, but I don’t want to ruin anything for anyone who hasn’t been exposed to the novels and/or films.  Suffice it to say that there are a lot of politics in Suzanne Collins’ books and films, no doubt a result of things we all see and absorb via television every single day.  The Hunger Games was one of the top grossing films of 2012 and the question of a sequel were answered in the opening weekend.  Fans of the books will have long since seen this film and this Blu-ray review is coming late since this somehow got lost in the shuffle.  Full with a great ensemble cast that includes Stanley Tucci, Woody Harrelson, Elizabeth Banks and Wes Bentley, The Hunger Games essentially has something for everyone. I’d keep the little ones away, but no doubt they’ll recognize Katniss regardless.  Recommended.

Stylistically, The Hunger Games features a variety of locales and looks for the film. The 2.40:1 AVC HD image is, of course, top notch with very little detracting from an outstanding picture. Colors are bold and deep in some scenes, the District 12 scenes appear bland, cold, grey and washed out – but that’s how it’s supposed to look.  Detail is amazing, we can see the intricate beard of Senaca Crane, the whips of fire coming off Katniss’ dress and the blood and cuts of those less fortunate.  This essentially looks like we’d think it would – amazing.

As if we couldn’t have guessed, the DTS HD Master Audio soundtrack is top notch.  Vocals are spot on, rich and vibrant, the surrounds offer a variety of sounds, ranging from jungle ambiance to explosions and the clashing of swords.  The LFE are pretty involved as well, offering a robust feel to some of the later scenes in the film.  Overall it’s a very immersive soundtrack that doesn’t fail to deliver.  There’s not a lot more I can say about this other than to turn it up and enjoy it. On the “odd” front, there’s also a Dolby Digital 2.0 mix that’s optimized for nighttime viewing. I don’t understand the concept behind this, but it’s there nonetheless.

As one of the top-grossing films of 2012, Lionsgate wisely put a variety of features on this disc. Let’s dive in and see what to expect.