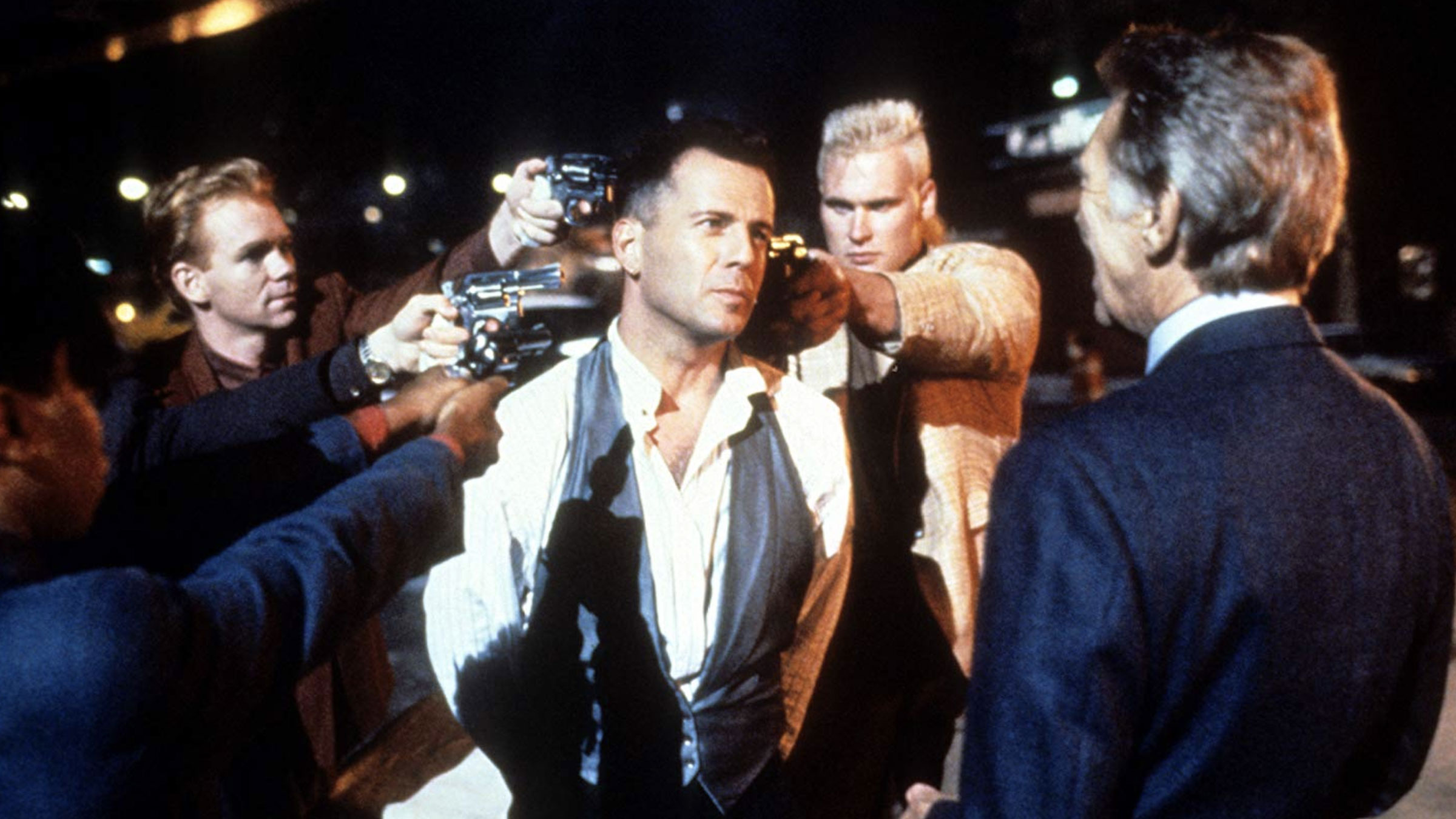 Hudson Hawk (a known disaster) is notable for me for being a time when Bruce Willis still had hair and when he still had films come out in theaters. While I’m semi-kidding, this is a film I was always aware of, but never took the time to sit down and watch. Oh how I wish I never wasted time with it now. Boy, oh boy is this thing a stinker. Despite the presence of Bruce Willis and the late Danny Aiello, this thing just never takes off.

Willis plays Eddie “the Hawk” Hawkins who is the world’s most famous cat burglar. That is until he’s sent to prison and released after ten years. Needless to say, the man is ready to become a straight man and stay out of trouble. Unfortunately, Eddie goes back to his ways when his partner (Aiello) comes to him with a job. Before long, Eddie is forced to do a job for the mob and that is to steal three da Vinci masterpieces from a high security museum. After some shenanigans, Eddie meets a nun played by Andy MacDowell and of course he falls in love. The truth is, the plot and just about everything in this film goes into overtime trying to impress us, but almost all of it falls flat. The film’s opening prologue feels like something out of an entirely different movie. Hudson Hawk is a serious dud.

Some critics have stated that had the rest of the characters outside of Hawk and Aiello played it straight that they would’ve been funnier and more entertaining. That may or may not be accurate, but the Hawk character just isn’t that amusing. I recall a deleted sequence from the 2006 The Pink Panther where the Director stated that if the world around the lead character is crazy then the less character stops being as funny. That film almost looks like a masterpiece compared to this mess. Boring, unfunny and downright lame, you can safely skip this dud.

With a 1.85:1 transfer, this actually doesn’t look too bad for an older film and a release of this sort. The print appeared clean and the image certainly was easy on the eyes. Details, while not overpowering, are still strong and evident. All around, the image pleases.

We get a 2.0 DTS track that works well enough. It didn’t feel too limited and had what I expect. Those things being the clarity and enough kick. At times the vocals could’ve had more clarity, but overall that’s a minor nitpick. Like the transfer, this track satisfies.

Unlike the masterpiece that our lead character is trying to steal, this film is far from it. This one stinks. Nothing about the film works. It doesn’t even work on a campy level. I cared nothing about the characters or plot and there aren’t even witty lines to at least keep us invested. Skip it.